The Good The Starbucks Verismo V coffee maker brews both espresso shots and full cups of coffee. The machine is compact, operates quickly and doesn’t create a mess. An included milk frother accessory whips up dairy foam for lattes and other café favorites.

The Bad Buying into the pod-based Starbucks Verismo V system is exorbitantly expensive. Pulled espresso shots and brewed coffee from the Verismo V are weaker than they should be. The brewer is limited to Starbucks-branded Verismo pods.

The Bottom Line Even with some enhancements, only well-heeled Starbucks fans should buy into the mediocre Verismo V coffee maker and pricey supporting pod system.

For the true Starbucks coffee fanatic, nothing will satisfy the day’s first caffeine craving like a trek to the nearest Starbucks storefront. The mega java chain, however, wants to supply its fans with an alternate fix you can have at home with the $179 Starbucks Versimo V. The machine is the company’s latest domestic small appliance billed to recreate its drinks, including those dollops of real foamed milk that can make or break a latte.

Using and cleaning the Verismo V is a cinch, plus the machine slings coffee that successfully mimics much of that sought-after Starbucks taste. But this convenience comes at a steep price — the coffee maker itself is expensive, and purchasing pods over time is even more extravagant when compared with brewing java from bags of supermarket beans (you can only use the specific Starbucks pods in the machine). And the espresso shots aren’t as robust as I’ve had when I tested other machines. Unless you’re a diehard Starbucks fan, skip the Verismo V and invest in a better espresso machine that will save you more money and waste in the long run.

A fresh design to fit in more places

This isn’t Starbuck’s first stab at a self-branded coffee maker. The original Verismo machine debuted back in 2013, and it did a decent job of brewing Starbucks staple drinks like mugs of coffee and espresso shots from pre-packed plastic pods. The Verismo V also brews its coffee from pods, though Starbucks has trimmed down the size of this machine by a good 1 to 2 inches all around (11.7 inches tall, 5.9 inches wide, 14.9 inches deep). At 7.7 pounds, the V is also more than a pound lighter than the original. 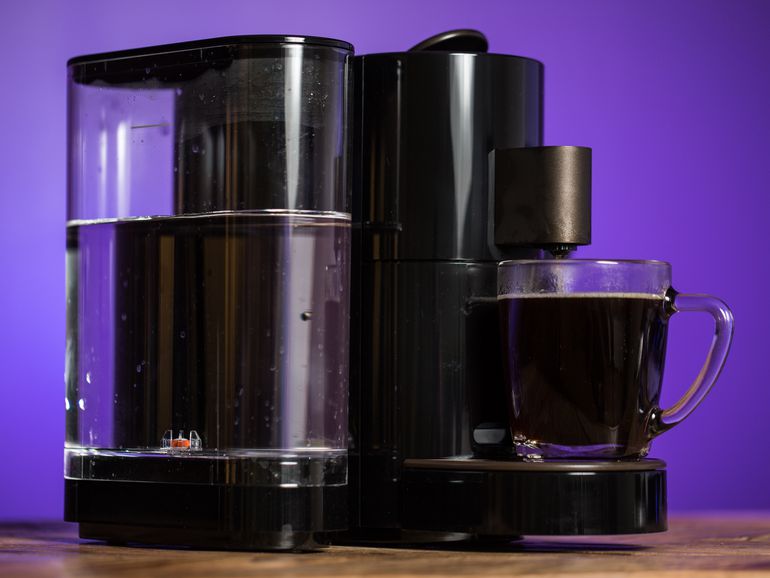 The new Verismo V is smaller and lighter than the original.

Another physical difference is a side-mounted water tank (77.7 ounces, 2.3 liters), which is much easier to reach and manipulate than the old model’s reservoir that was on the back. The Verismo V also ditches the chrome highlights that graced its predecessor’s chassis in favor of a subdued dark-gray-and-black color scheme.

Operating the appliance remains mostly the same. To brew espresso, simply lift its handle, drop a pod into a special slot, lower the handle back down, then hit the designated button. After 13 seconds, you’ll have a 1-ounce shot of pulled espresso. While these shots had a well-developed crema and a balanced flavor, they lacked the richness and intensity that I’ve enjoyed in coffee made with true espresso machines. 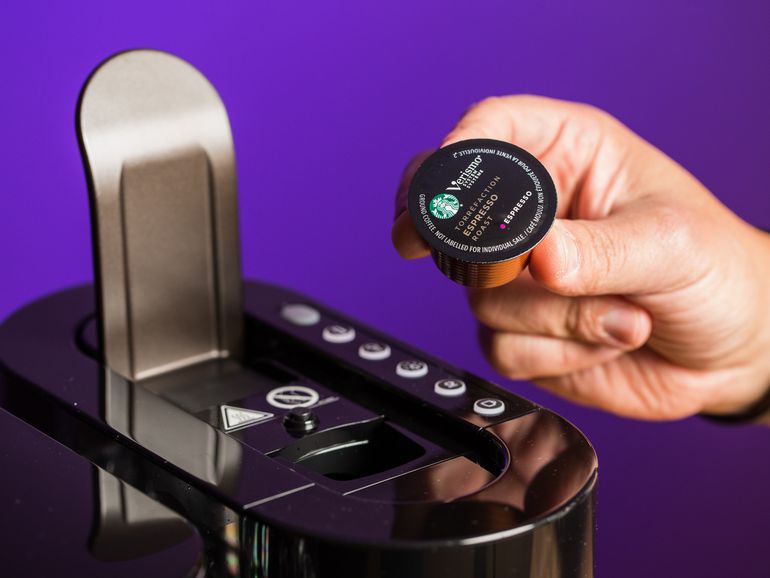 Drop in a Verismo pod then brew.

For instance, shots of espresso from both the $600 Breville Barista Express and $2,000 Miele CM6310 Countertop Coffee System had much more body and depth of flavor. Espresso from those two appliances also had higher TDS (total dissolved solids) percentages. Essentially, the higher a coffee or espresso’s TDS percentage, the more coffee essence and flavor the liquid contains. That means you’ll get a drink with a richer taste and fuller body. The Breville and Miele hit 10.5 percent and 7.4 percent, respectively (average, measured with refractometer). The Verismo V’s espresso averaged 5.3 percent. 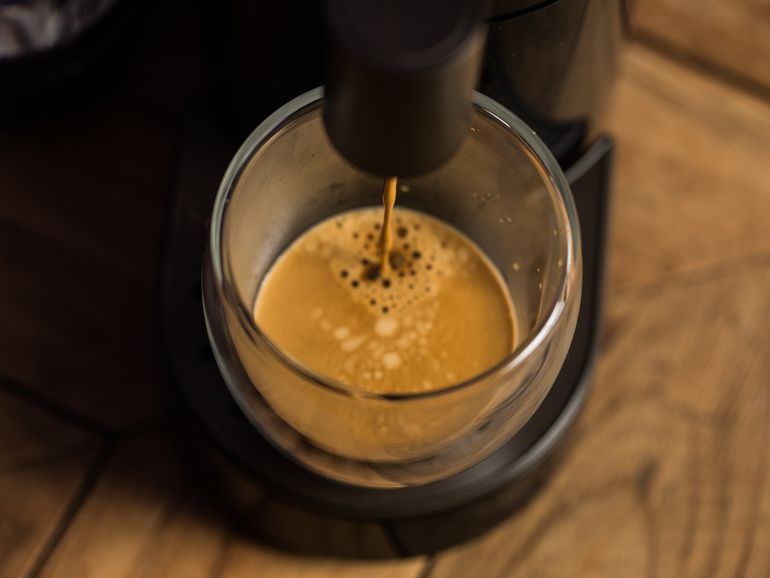 Espresso had nice crema but could have been stronger.

I’m not surprised that espresso from the Verismo V was rather mediocre. No matter how tightly sealed the container, ground coffee loses much of what makes it delicious in short order. And the other machines used more coffee grounds per shot than the Verismo, which made for stronger espresso. I used more than double the amount of coffee grounds (0.6 ounce) per each 1.4-ounce shot I manually pulled from the Barista Express. Likewise, the fancy superautomatic Miele CM6310 robotically consumed 0.5 ounce of grounds for each of my 1.1 ounce shots of test espresso. 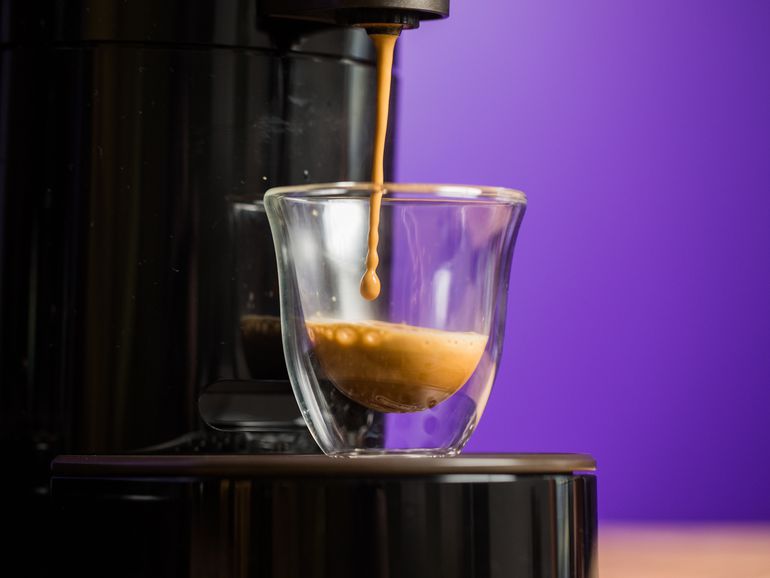 The Verismo V pulled espresso shots from pods in 13 seconds.