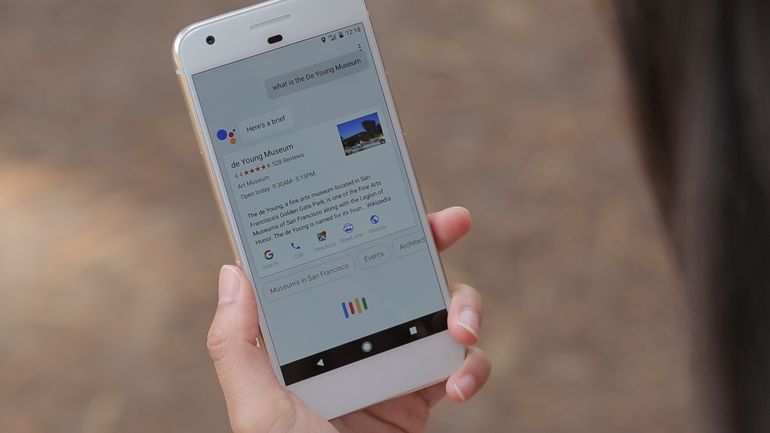 Google Pixel knocks it out of the park

With a stellar camera, premium hardware and Google Assistant, the Google Pixel — and the Pixel XL — are excellent Android phones.

Google’s Pixel phones are the first to run Android 7.1, giving them a bunch of new features, including one that makes it possible to long-press on an app icon, revealing a list of shortcuts. For example, the app shortcut for Gmail brings up a Compose button. Long-pressing the Play Store app will take you directly to the My Apps section.

The feature is primarily available on Google’s own apps right now, but as developers begin optimizing apps for Android 7.1, expect to see app shortcuts become more common. Right now, Foursquare is one such app that’s already implemented it. 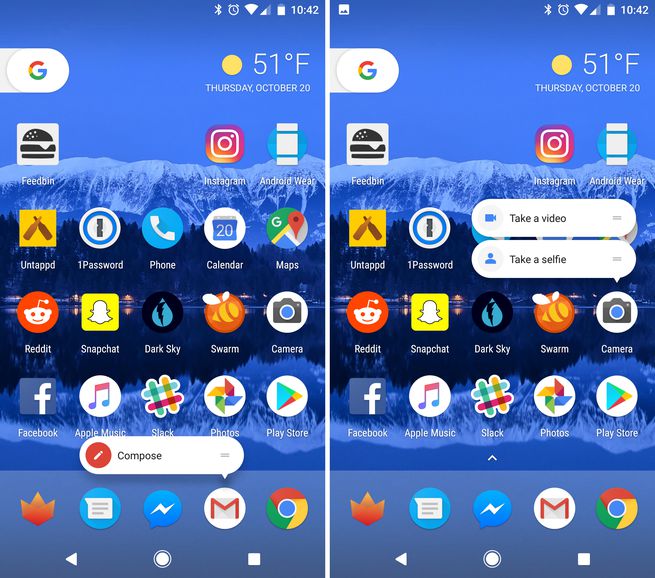 To use the feature, you need only place your finger on an app icon and wait until you feel a gentle vibration. The appropriate options for the app will show up, which you can then tap. App shortcuts are available in the app drawer, as well as on your home screen.

At first I had a hard time activating the feature, eventually learning that I had to keep my finger still while resting on the app icon. Any movement and the device would think I was trying to move the icon.

These shortcuts are very similar to a feature iPhone users have had since the introduction of 3D Touch on the iPhone 6S last year. 3D Touch means you can press on an app icon to bring up common tasks, and as of iOS 10, directly share a link to the App Store for the particular app. 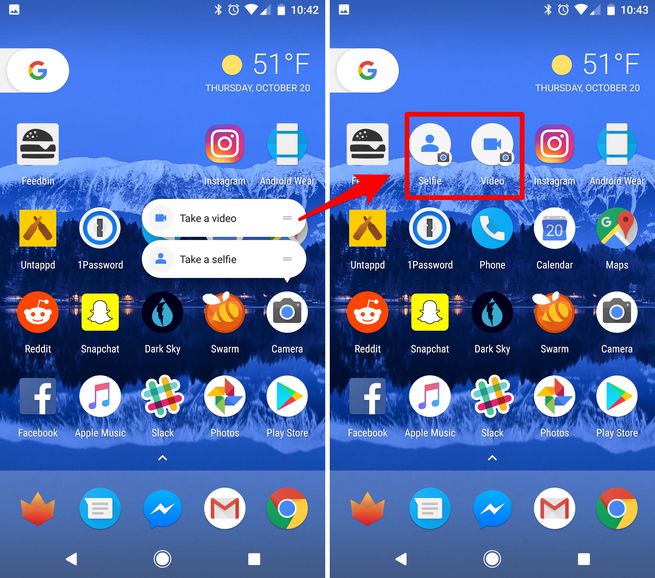 App shortcuts on Android, however, have the added benefit of turning into a shortcut you can place on your home screen. Notice the small handle on the right side of a shortcut? Press on it and it turns the shortcut into an icon, which you can then place and arrange on your device for even quicker access.

As well as the Pixels, Google has released a beta version of Android 7.1 Nougat for the older Nexus 5X and Nexus 6P phones, and the Pixel C tablet, all of which now have access to this feature.