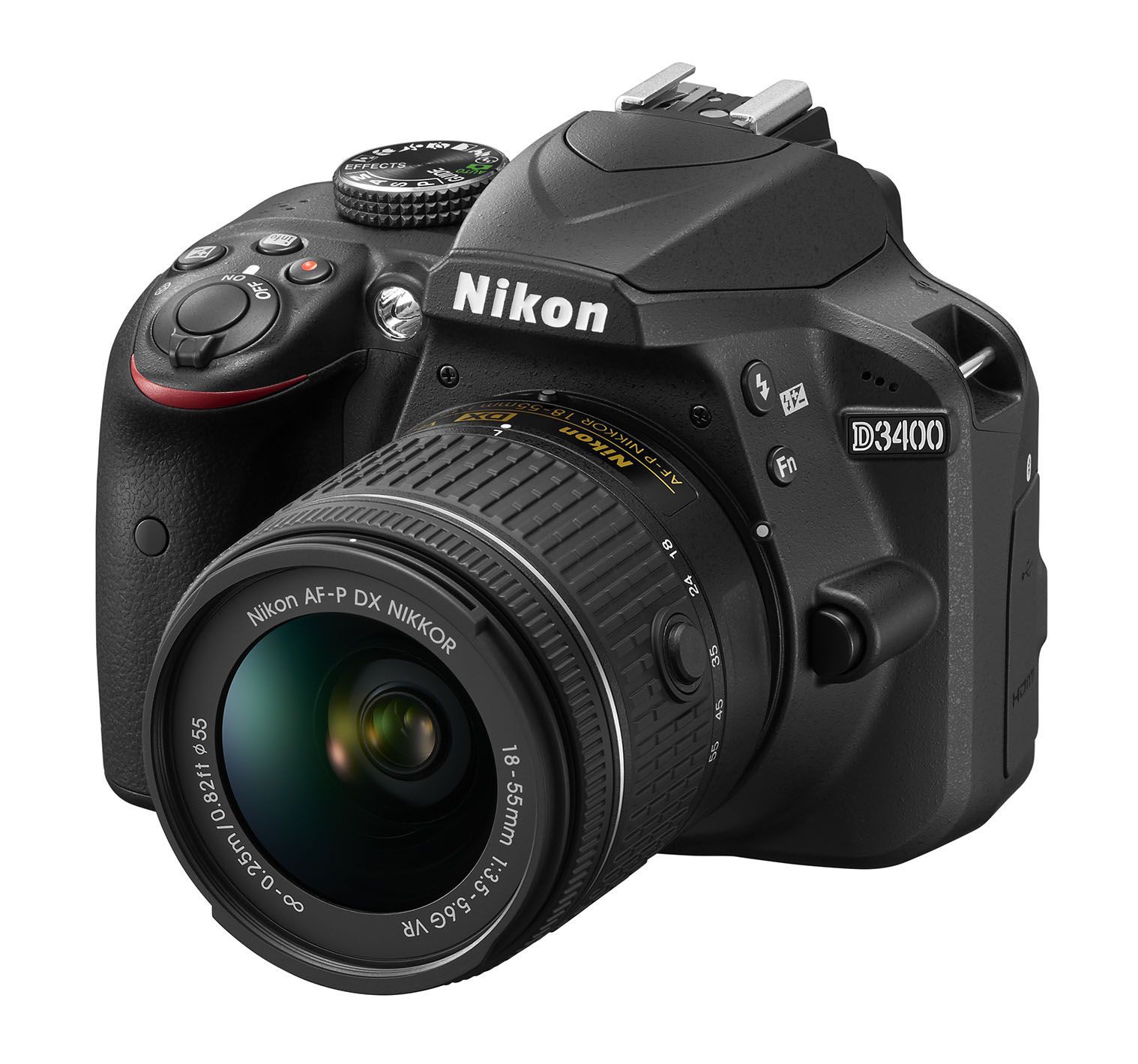 The D3400’s body looks almost unchanged since the D3100, which was three generations ago.

The Nikon D3300 has long been my go-to recommendation for a cheap dSLR, but after 2 years it’s usually time to slap a new coat of paint on consumer products. Nikon’s 2016 update to that camera, the D3400, has some small enhancements to bring it up to date, but nothing vital.

Along with the camera, Nikon has announced new kit lenses to accompany it. The 18-55mm versions of its new AF-P lenses — they incorporate stepper motors like Canon’s STM lenses for smoother and quieter focus in LCD-based Live View — were announced in January and have been available in Europe and Australia, but they’re finally making their US debut. Additionally, the company revealed another pair of 70-300mm AF-P lenses.

There are two versions of each of the two zooms, one with optical image stabilization (Nikon’s Vibration Reduction, or VR) and one without; the names differ solely by the “VR” designation and $50 (a more significant £60 in the UK and as-yet unknown price in Australia). This is going to get really confusing for shoppers, who will, I bet, inadvertently end up buying the wrong kit.

Like Canon, Nikon is now in a position where its older, better cameras (in Nikon’s case the D5300 from 2013) are cheaper than their cheap dSLRs — which, by the way, also have old technology, but a 2016 date on them. The D5300 has better autofocus and metering systems, an articulated LCD and Wi-Fi. The Canon EOS Rebel T6/EOS 1300D is cheaper, but the D3400 has better hardware, so its real Canon competition is the old EOS Rebel T5i/700D, which, like the D5300, has better specs for the same price. Still, unless Nikon broke something, it should carry on the D3300’s torch as a solid first dSLR.