This post was done in partnership with The Wirecutter, a list of the best technology to buy. Read the full article here.

If you need a webcam for video calls, streaming, or recording, we recommend the Logitech HD Pro Webcam C920. It’s by far the best we’ve found after researching 16 top models and testing five over countless video calls. It has sharp, 1080p video at 30 frames per second with fast autofocus and quick, accurate auto white balance, giving it the best video quality of any webcam we tested. The C920 is easy to set up on both OS X and Windows and it has handy (but entirely optional) software for both operating systems.

Most recent laptops and all-in-one desktops have a decent—sometimes even great—built-in camera, so many people don’t need a stand-alone webcam. But if your laptop’s integrated webcam is really bad (or broken, or in a dumb place), or if your desktop or display doesn’t have a camera, a USB webcam that sits on top of your screen is the best option. A stand-alone webcam can provide better quality for video calls, recording videos, and streaming games, events, porn—you name it!

A great webcam should have at least 1280×720 resolution—1920×1080 is ideal—and support autofocus and automatic white balance. It should be easy to set up and should sit securely on a wide variety of monitors and laptops, and any included software should be intuitive to use. Tilt, pan, zoom, and other framing adjustments (either in hardware or in software) are optional, but are nice perks available in most webcams above $40. We didn’t look at any webcams that cost more than $100 because you don’t need to spend that much to get a great one. The Logitech C920 has great image quality and is easy to set up. Photo: Kimber Streams

The Logitech HD Pro Webcam C920 is the best option for most people who need a stand-alone webcam, thanks to its superb image quality, ease of setup, and helpful (but optional) software. Its video—1080p at 30 frames per second—was crisp and clear in our testing, and the autofocus and auto white balance worked better than those of any of the other webcams we tested. Logitech first introduced the C920 back in 2012, and there’s still nothing better for the price.

This webcam had the best image quality of the five webcams we tested, and it produced sharp, 1080p-resolution video both locally and streamed through video services such as Skype, Google Hangouts, and Zoom. The C920’s autofocus feature was faster at changing focus between faces and other objects than autofocus on the competition. And this webcam accurately autocorrected white balance, even in a testing environment with sunlight streaming through a window and a warm LED bulb overhead. Other webcams handled this situation poorly, either making faces too bright or everything else too dark.

After testing with a Wirecutter writer over video chat, we concluded that the C920’s built-in microphone produced the “least problematic” audio of the five webcams we tested. He described audio from the other webcams as “more compressed,” “more staticky,” or “boomier,” and said they “picked up more ambient noise.”

In addition to the software settings that allow you to zoom and pan, you can physically tilt the webcam up or down to control what’s in frame. However, the C920 doesn’t let you swivel the camera left and right. This isn’t a dealbreaker, because you can always slide the webcam around or change the framing within the software, but if you need that feature, take a look at our budget pick. 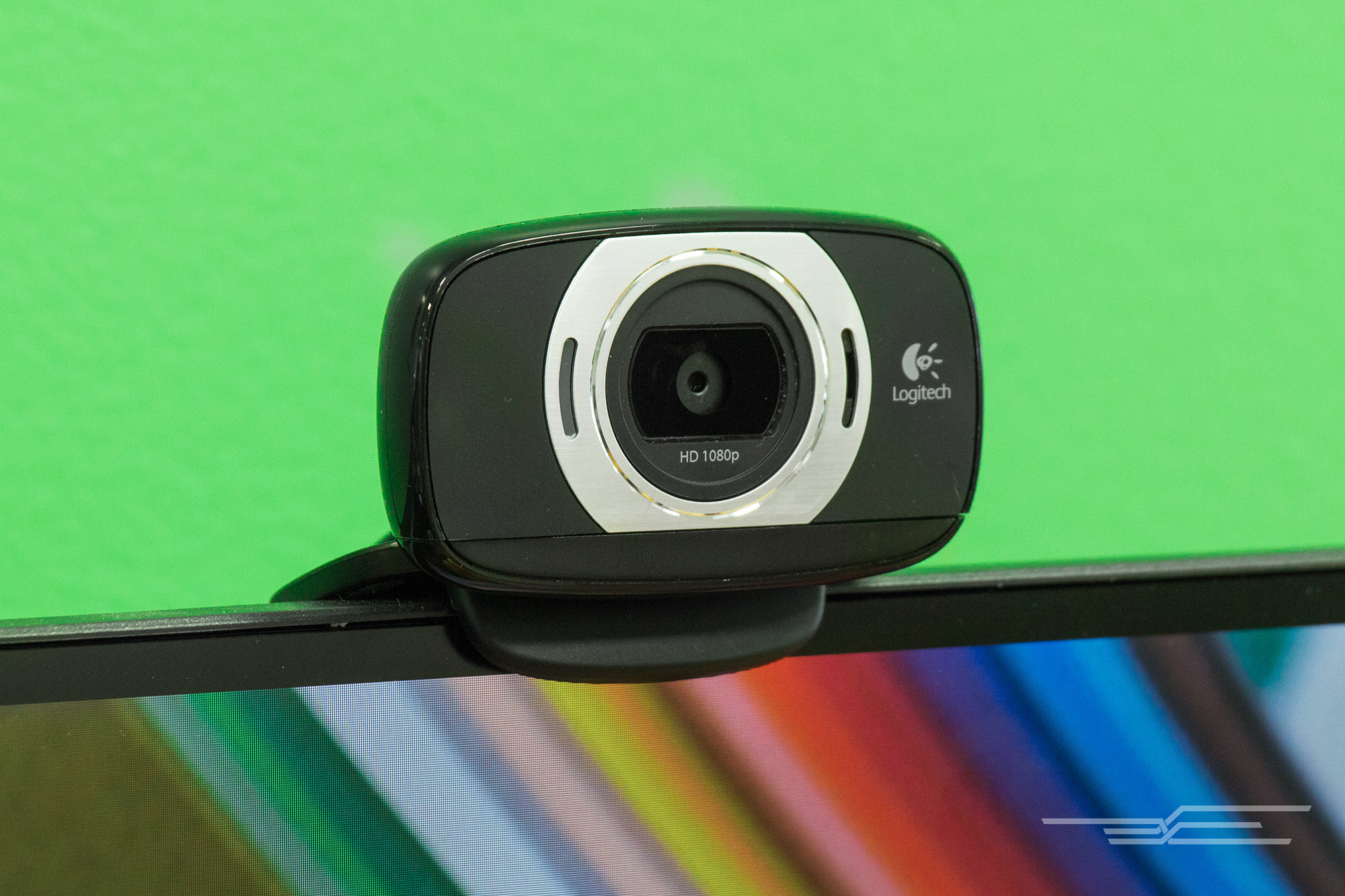 The Logitech C615 has the best image quality you can get for less than $50. Photo: Kimber Streams

If you don’t want to spend more than $50 on a webcam, we recommend the Logitech HD Webcam C615. Its video quality, autofocus, and auto white balance aren’t as good as the C920’s—and most people should spend the extra $30 or so to get that better performance—but the C615 is just as easy to set up and has the best video quality of any webcam we tested under $50. Plus, the C615 can do a couple of things the C920’s can’t: It lets you manually pan and tilt—the C920 can only tilt—and you can fold it up, protecting the lens, to shove it in a bag.

The C615 is capable of 1080p video, but in our tests the image quality and frames per second didn’t match those of the C920; to match the C920’s 30fps, you have to drop the C615’s resolution all the way down to 480p. The C615’s video quality was, however, better in both local and streamed tests than that of the 720p Logitech C525 and Microsoft LifeCam Cinema. The C615’s autofocus was a bit slower to respond than the C920’s and occasionally didn’t quite focus on faces. Finally, though the C615’s auto white balance was more effective than that of the other sub-$50 webcams, the sunny side of faces were still blown out—the C920 didn’t have the same issue. The Logitech C615 conveniently folds up to protect its lens if you need to take a webcam with you. Photo: Kimber Streams

The C615’s microphone is passable for casual chats, but it sounded “warblier” and “more staticky” than the C920, according to our tester. If you need high-quality audio for streaming or podcasting, we recommend using a separate USB microphone.