The Bad The system is expensive, and there’s no mobile app for its setup process.

The Bottom Line The high cost aside, the Orbi System is a sure and easy way to cover a relatively large home with high-speed Wi-Fi coverage. 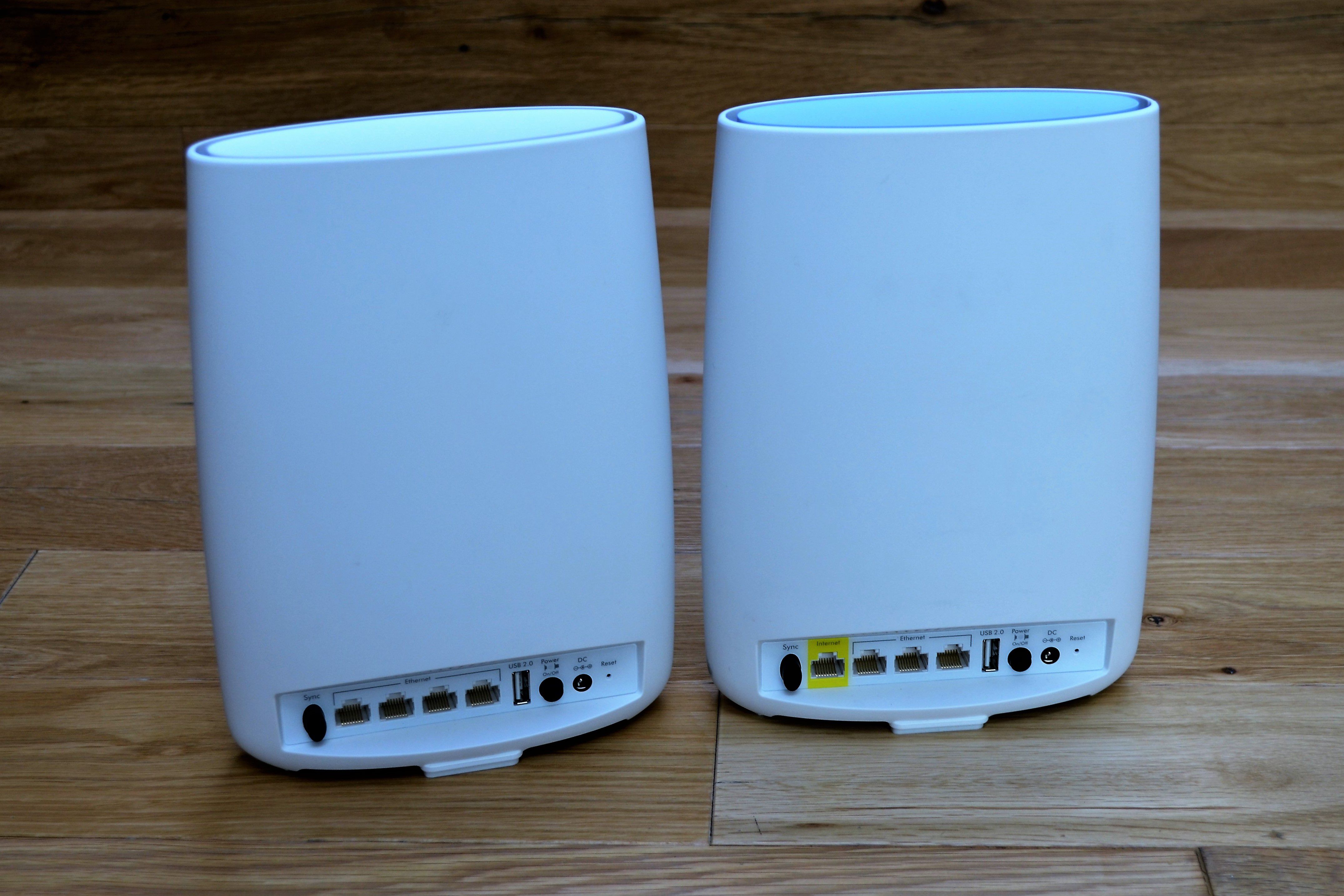 The Orbi Wi-Fi system comes with a router (left) and an add-on satellite unit.

The Netgear Orbi is the second Wi-Fi system I’ve worked with and, at a glance, it seems similar to the first, the Eero.

At the very least, the Orbi also has multiple hardware units and it’s expensive as well, costing $400 for a set of two and an additional unit will cost another $250. But while both solutions can quickly blanket your home with Wi-Fi, the Orbi has the advantage of much better speed.

With the Eero, each unit in the system is identical. Netgear went in a slightly different direction however. The Orbi includes two similar-looking devices, each with a different role. Unit one is the Orbi router. It has one WAN (to connect to the internet) and three LAN (where your computers connect to your local network) ports. This is your router of the group and functions mostly like any other, as it’s able to stand on its own as your main router.

The second unit is the Orbi add-on satellite. This unit works as the wireless extender of the Orbi router and can also host up to four wired devices via its four LAN ports. It can only work with the Orbi router, and each Orbi router can handle up to three of these add-on units.

What makes the Orbi different from other Wi-Fi systems is that the add-on wireless extender connects to the main router using a dedicated Wi-Fi band.

Other Wi-Fi extenders (including the Eero) use the same bands as the routers they’re extending to receive and rebroadcast Wi-Fi signals — resulting in a 50 percent signal loss each time the signal is wirelessly extended. The Orbi system, on the other hand, uses a separate quad-stream 5Ghz band — with a top speed of 1.7Gbps — to connect the main router and the satellite unit. This band can’t be managed by end-users and is totally separate from the other two bands the system uses to connect to wireless clients.

So what does this mean? It means that as long as you use just a single extender with the router, you won’t experience any signal loss, since the router and extender are connected via their own dedicated band. The additional client bands — 2.4Ghz and 5Ghz — of the router are used solely to connect your devices to the network and (by extension) the internet.

In a typical home, the service line (cable, DSL etc.) almost always enters the property at a corner. That’s where you’ll want to place the Orbi router, then put the satellite in the middle of your home, which should net you a signal everywhere. In my trial, for a 3,000 square-foot home, the Orbi system — one router and one add-on extender unit — was able to cover every corner.

Setting up the Orbi system is fairly easy. First you connect the main Orbi router to an internet source like a broadband modem and turn it on. After that, place the add-on satellite unit at a distance from the main router, then turn it on and you’re done. The two are preconfigured to work together, and the satellite will automatically replicate the Wi-Fi settings of the main router. The only tricky part is finding the right distance to place the add-on unit. Place it too far and there’s not much signal to extend; too close, and you won’t get the optimal Wi-Fi coverage, possibly missing some parts of your house.

Read more from Reviews
Reviews
← ICYMI: Get your makeup done in minutes
Recommended Reading: Behind the scenes of Google’s Pixel phones →