Google’s play for the living room starts with Home

Today marked Google’s biggest hardware launch yet. Not only did it announce two Pixel phones and a Daydream VR headset — it also unveiled a slew of products for the living room. We already heard about Google Home, its voice-powered assistant-and-Bluetooth speaker combo at the company’s I/O developer conference this year. New today, though, was a mesh networking router and an updated Chromecast. We took a closer look at all three immediately after the event and came away with a dream of a Google-powered home.

First up is Google Home, which was obviously intended to compete with the Amazon Echo. Instead of saying “Alexa” to trigger a voice command, you’d say “OK Google,” just like you would with any other Google-powered device. Obviously, you can use it to search the internet for various factoids, like “how tall is a giraffe?” or “what’s the weather in Mexico?” You can also harness the power of Google’s AI-powered assistant to text your friends and ask for directions to a restaurant. What’s more, it works with a variety of Internet of Things products like the Nest Thermostat, Samsung SmartThings, the Philips Hue lights and anything powered by IFTTT.

During a brief hands-on, I found that Google Home did a good job at recognizing my voice, even in a crowded room. It did hiccup occasionally if there was too much noise interference, but that was fairly rare. Google Home works with several different music sources like Pandora, Spotify, YouTube Music, TuneIn and iHeartRadio. So I could say, “Play Hello from Adele on Spotify” and it’ll do just that. It also reacts to commands like “pause” and “volume down.” What I found particularly impressive is that even in a loud room it managed to figure out what I was saying without me having to raise my voice. A Google spokesperson said that’s because Home is smart enough to differentiate voice patterns from background noise. 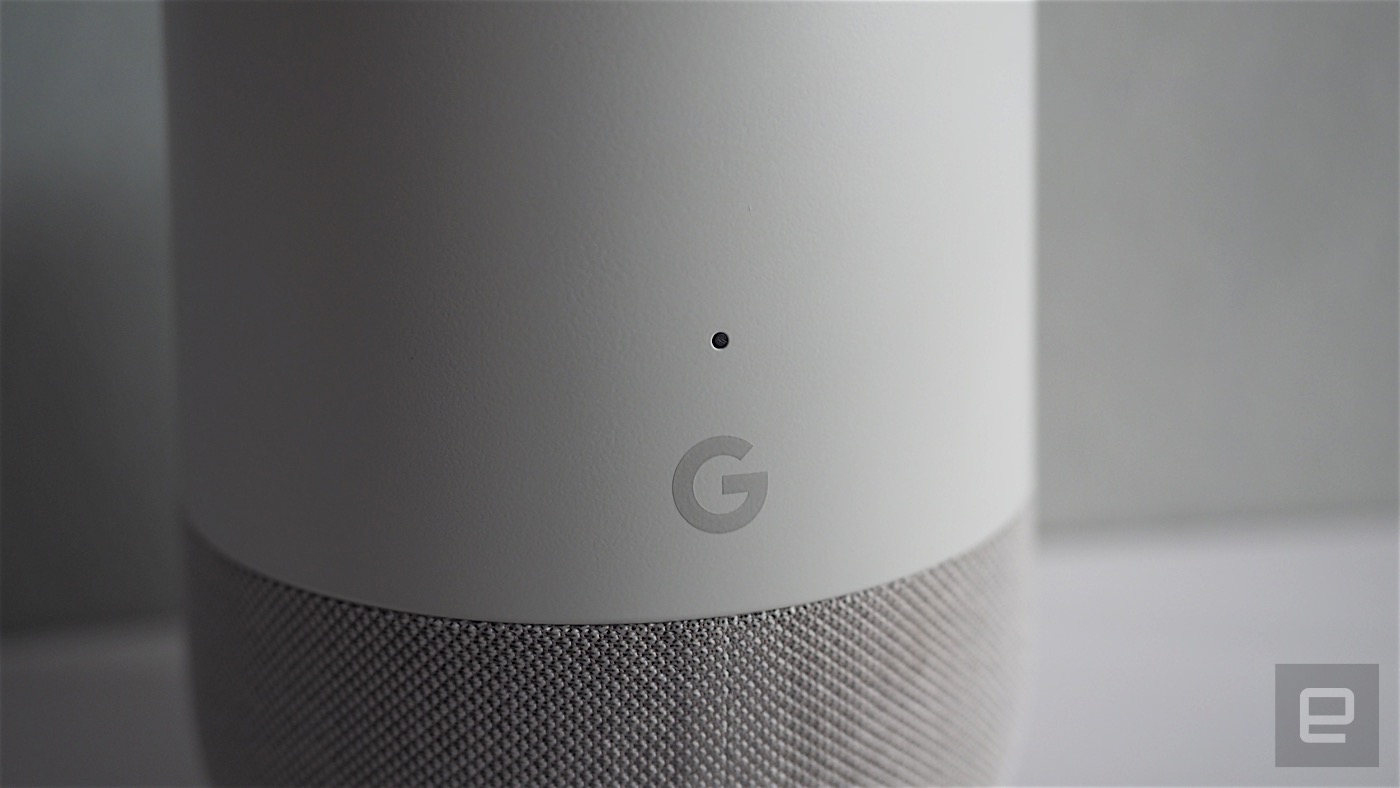 Speaking of audio quality, I have to say Google Home is impressive for such a small speaker. It’s not exactly surround sound, but it’s definitely a lot louder and fuller than your typical laptop. Of course, we’d have to test it for a more extended period, and in real-world settings, before we really weigh in. That said, if you do want good audio quality, there’s some good news here: Google Home works with any pair of Chromecast-enabled speakers. You can either get compatible speakers from the likes of Sony or LG, or you can just plug in a Chromecast Audio to any pair of speakers you want. Once you map those speakers appropriately, you can say things like “Play Shakira in the kitchen” or “Play my Spotify playlist in the living room.” You can also just have multiple Google Home speakers if you want. All of a sudden you can have a multi-room audio system like Sonos, but with voice commands.

Another neat trick is that Google Home works with Chromecast and your TV. Right now you can only use it to play YouTube clips but Netflix will be supported eventually as well. So you can soon just say “Play Stranger Things” to start your binge-watching session.

If you don’t feel like using voice commands, Google Home also has a capacitive touch surface on the top. Tap it to play or pause, and you can draw a circle with your finger to turn the volume up or down. There’s a mute button on the back as well, just in case you don’t want it to always be listening. Google Home comes with different colored bases, and you have the choice of either fabric mesh or metal. 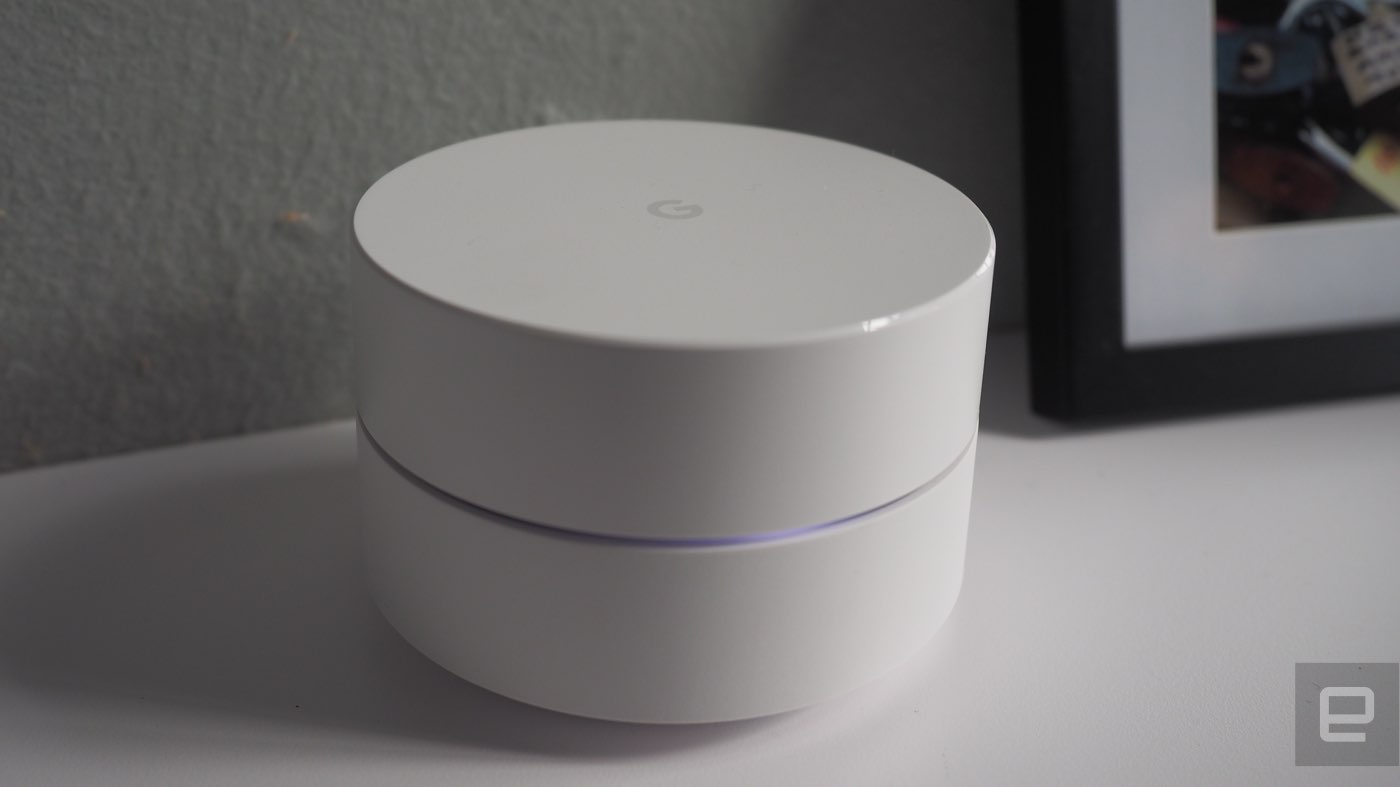 I also had a look at Google WiFi, which is essentially the company’s answer to mesh networking routers like the Eero. If you live in a small apartment — say, around 500 square feet — then one WiFi Hub should suffice. But if your place is larger than that you might want to consider getting multiple units. Like the Eero, Google recommends putting the WiFi hub every 30 feet or so, or at least within line of sight. It supports AC1200 wireless speeds, dual-band 2.4GHz and GHz networks plus it’s compatible with the 802.11s mesh networking standard. Each WiFi hub also has two Ethernet ports just in case you want a wired connection instead.

I asked a Google spokesperson what really sets the WiFi Hub apart from the Eero and he says there are three components. First, is that it has a Network Assist companion app that makes set up super easy and simple. Next, there’s a network analyzing tool for each hub, so that you always know the most optimum place to position your hub for the best possible signal. Finally, it’s smart enough to let you maintain a connection as you move through different hubs, so you can keep your Hangouts call going as you move from room to room. 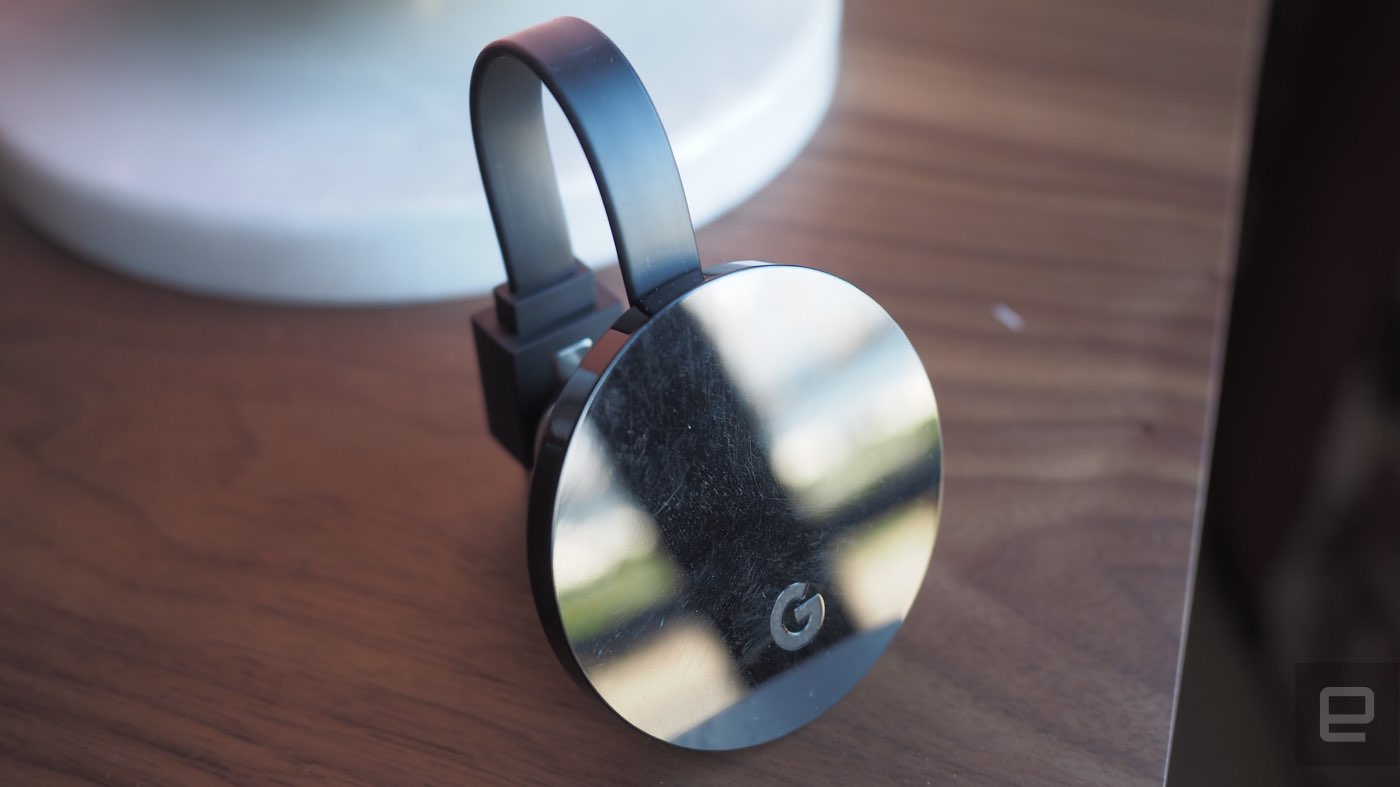 Lastly, I had a quick look at the Chromecast Ultra. True to its name, it’s the first and only Chromecast right now to support 4K content. It has a pretty similar look to the last Chromecast with its circular puck design, though it doesn’t come in different colors this time. Google showed me a demo of some 4K content playing through it and it looked really nice to my eyes, though obviously it would need extended testing to know for sure.

With Google Home, Google WiFi and the Chromecast Ultra combined, Google has made what appears to be a compelling bid for the home. Together, these products go after not just the Amazon Echo, but also Sonos, Roku and mesh networking routers like the Eero. Get all three, and you arguably have one of the most advanced home theater and connected home setups that money can buy right now.

Click here to catch all the latest news from Google’s fall event.