AC roundtable: Which Nexus was the best? 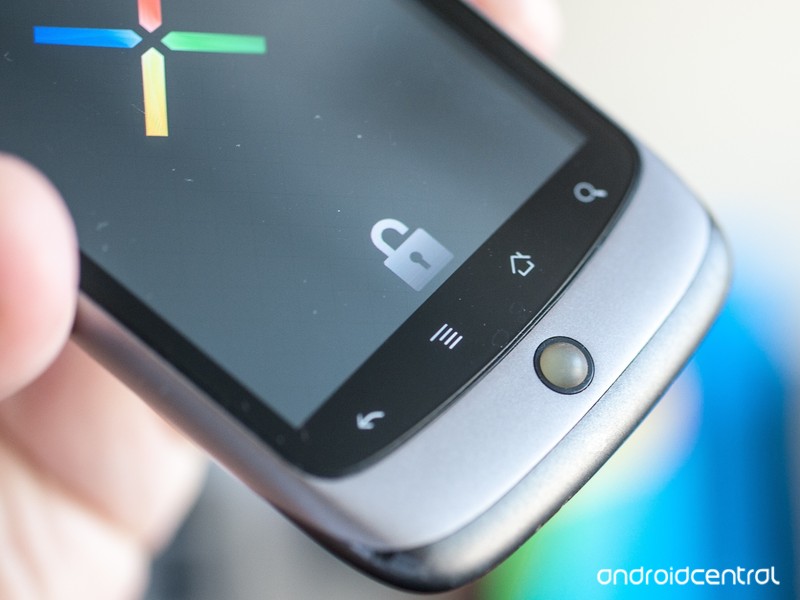 The AC editors get all nostalgic, reminiscing about their favorite Nexus products over the years.

The Nexus line has always been for enthusiasts, but has occasionally broken into the mainstream, often by finding the right balance between price, performance and software accessibility.

Now that we’re on the verge of a new era, one potentially without the Nexus name, we asked our editors to reminisce about their favorite model, and to think back to how it improved their lives over the years.

So here’s the big question: Which Nexus product was your favorite?

I’m going to defend one of the most hated of all Nexuses — especially for Americans — the Samsung Galaxy Nexus. Yes, the name was back-to-front, the external hardware was a weird plastic GS2-GS3 hybrid, and it never saw an update past Jelly Bean. But at the time I loved the GNex, and I’ve used in total probably more than any other phone in the Nexus series.

The Galaxy Nexus represented the future of Android in a bunch of important ways.

I was a fan of the last Samsung-built Nexus phone because it represented the future of Android in a bunch of important ways. It was the first 720p phone, with a screen that blew the doors off everything except the iPhone. (But which, sure, by modern standards looks kinda crappy.)

The core of why the Galaxy Nexus was important — and to me, a thing of wonder — was its software. Android 4.0 was so far beyond anything on the Android phones of the day, with a coherent overall design language that didn’t look like a 90s desktop OS (like Android 2.x) or like it was designed for pre-schoolers (like TouchWiz at the time). Parts of the experience — like the camera — were underwhelming, but the GNex gave me reason to get excited about the future of Android.

The best Nexus is the Samsung Nexus 10. Not because of the great (for its time) screen or because of any other features or specs, but because it was the last “open” Nexus.

While we were busy talking about how good or bad Nexus devices are to use, how bad the cameras are, or how we miss a certain feature included by other companies, the Nexus program was originally designed to be a group of devices that help people writing Android software and Android itself. Having a Nexus program allowed Android to grow into what it is today and work so many different ways on so many different things.

The Nexus 10 was the best because it was the last “open” Nexus.

To do that, you need the people making the hardware — all the hardware — being on board and giving you the software tools you need instead of denying support for great ideas and future projects or not delivering on the terms they agreed to when it comes to open-source code. Unfortunately, the Nexus 10 was the last device to actually do it.

I loved the Nexus One, largely because it was the first of something big. It was presented so cleanly, and was so utterly unique, you couldn’t help but be excited by it, and the future it represented.

But the Nexus 4 is still my favorite to date. LG had a great 2012, releasing the Optimus G, arguably one of the best phones of that year, and the Nexus 4, a nicely-built, well-designed, extremely quick device. Sure, it lacked LTE at a time when most devices were taking advantage of the burgeoning standard, but doing so also prevented the fate of many Android phones that year: poor battery life.

More: Pixel phones and the Nexus line: How we got to ‘Made by Google’

The Nexus 4 was also the first of the series to support wireless charging, a feature we take for granted when buying a Galaxy these days, but has not been consistently supported — even by subsequent Nexus products — over the years. That’s OK, but to this day the Nexus 4 stands out as being one of the most interesting and confident releases in the series.

More than anything, the Nexus 4 was fun to use. There was something about its admittedly crack-prone glass back that, when shimmering in the light, appeared ahead of its time. And it happened to be the only Nexus I consistently used throughout its lifespan, which makes me even fonder of it four years later.

I’m coming fresh off of a rant about the Nexus 6P, which I’m about ready to throw down a gutter and leave for dead. It’s definitely not my pick.

Unlike my Android Central comrades, I’m fairly new to the Nexus way of life. I spent many years with third-party flagships, namely the Samsung Galaxy SIII, first-gen Moto X, HTC One M8, and then the Galaxy S6 edge. I’ve been a Verizon subscriber for decades (since it switched over from GTE Wireless in the late 90s) and as a result, Nexus phones weren’t usually an upgrade option.

I loved that it didn’t matter if I left my tablet at home: the Nexus 6’s display was big enough to comfortably read anything.

Regardless, my favorite Nexus device thus far is the Nexus 6. It was the first Nexus I took overseas and I was pretty amazed at how easily it took SIM cards. (Don’t laugh—remember, I come from a fiercely locked down cellular network. I could only dream about that kind of freedom.) Since it was compatible on Verizon’s network, I switched to it when I returned back to the States and used it as my daily driver until the launch of the S6 Edge. I loved its ginormous 6-inch display, and the silly purple case I covered it in. I loved that I could easily catch up on reality TV on the train ride home and then edit my work if I needed to. And I loved that it didn’t matter if I left my tablet at home, because the Nexus 6’s display was big enough to comfortably read anything.

I still like to use the Nexus 6 on Wi-Fi around the house. Even with the Nougat developer preview, it’s still as exceptional as it was the first day I took it out of the box, and though its camera capabilities were a tad subpar at the time of its launch, everything else about it was just right. I’ll always have a soft spot for the Motorola-made Nexus 6 and I hope the purported Pixel XL will be a sort of supercharged reprise.

Choosing a “best” in a yearly line of phones or tablets is always difficult because we tend to selectively remember things about previous models. I’m going to choose one that’s less than popular amongst our editors: the Nexus 5. I don’t think I’m going out on a ledge to say that the Nexus 5 had an uninspired design, but the common refrain from everyone who has used one is that it was a fantastic experience for the time. The phone was compact, had great internals, was extremely fast, and had a serviceable camera — it also retained its performance after multiple large Android updates.

A big reason I consider the Nexus 5 the “best” is its pricing and sales numbers — it sold to “normal” consumers.

Beyond the fact that the Nexus 5 was a great phone to use on a daily basis, a big reason why I consider the Nexus 5 the “best” is its pricing and sales numbers. The Nexus 5 has to have easily been the best-selling Nexus, and is the only Nexus to date I’ve seen on a regular basis in use by “normal” consumers and not just phone fanatics. Despite the long history of Nexus devices before the Nexus 5 (including the Nexus 4, which ushered in this low pricing), this was the one that made sure average consumers knew Google made phones and sold them directly.

With the expected move to “Pixel” as the branding in 2016 that brand equity behind the Nexus name is now gone, but the history of having millions more people — especially here in the U.S. — buy a phone unlocked from Google is very valuable.

For me, the original Nexus One remains my favorite. It was a phone I lusted after before I had started writing professionally, and wasn’t able to get one for myself until well after it had been released. This was a phone that stood head and shoulders above everything else available at the time. It represented risk, significant technological advancement, and was open in ways that encouraged anyone and everyone to really explore software development.

The Nexus One represented risk, and was open in ways that encouraged anyone and everyone to really explore software development.

Google has done some incredible things with the Nexus line since that phone, but I’ve never felt like the envelope had been pushed quite like I did with the original.

My Nexus experience may not be as extensive as the rest, but while the Nexus 4 was pretty as all get out, the 6P is just as beautiful and a true powerhouse device. It’s a hair big for my hands, but it was the one I wanted in my pocket. Don’t get me wrong, my Mint 5X gets my theming done just fine, but it had too many performance issues. The Nexus 5 I had before that was long in the tooth, too. Don’t even get me started on my Nexus 7 (2012), my first tablet and the first device I ever pre-ordered.

Among the Nexus devices old and new, the 6P was a beauty inside and outside.

No, among the Nexus devices old and new, the 6P was a beauty inside and outside. Regardless the Pixels they announce next week (or whatever they’re called, because I’m not a huge fan of the Pixel name), the 6P is still a Nexus phone that looked damn good in the hand and was fast enough to keep up with whatever you’re doing (unless it’s taking a lot of pictures).

The aluminum body, while a bit odd in the renders we were all fretting over this time last year, is solid in the hand, and the black sensor bar looks quite good once you have time to adjust from a small black camera circle on most phones to a big black bar across the back.

Being a Verizon customer for so many years my Nexus experiences were a bit limited, but much like Alex I loved my Galaxy Nexus. The Verizon version was always the one lagging behind the others, but I learned a ton with that phone. From rooting to theming, changing files and making tweaks to make it my own, I had fun with it.

The GNex gave us a good look at the future of Android, and helped pave the path for what we have today.

At the time, it felt like that phone pushed the limits more than others, and introduced things we had not seen previously. The slight curve to the display, Android 4.0 bringing tons of new features and more, it just felt like a cool phone to own. For all the good that the phone did, it had some issues that drove me nuts at the time, too.

From terrible battery life to subpar camera performance, the Galaxy Nexus was far from perfect, but that was OK. It gave us a good look at the future of Android, let us get excited and helped pave the path for what we have today.

What was your favorite Nexus device, and why? Let us know in the comments below!

Read more from News
News
← Six wheels that give cars (and bikes) superpowers
Win a free HTC 10 from Android Central and HTC! →