The Good The latest Fire HD 8 delivers faster performance, a bigger battery and more base storage than the previous version for almost half the price. Its 8-inch screen is bright, the speakers are loud and it offers expandable microSD storage and ample parental controls. Amazon Prime members can access gobs of free video, music and other content with their subscription.

The Bad Display isn’t as sharp as that of current iPad Mini models; to truly take advantage of what the tablet has to offer, you need an Amazon Prime membership; slow charging (takes 6 hours to fully cap battery).

The Bottom Line Despite some small drawbacks, you just won’t find a tablet with these features and performance at this price.

The previous generation Fire HD 8 started at $150 (£130 or AU$215). That model came with only 8GB of storage while this new one includes 16GB, with an expansion slot for adding microSD memory cards up to 200GB in capacity.

While the 1.3GHz quad-core processor in the 2016 HD 8 is a new chip, Amazon says the real performance boost comes from a bump in RAM from 1GB to 1.5GB. And a larger battery delivers up to 12 hours of juice, up from 8 hours. Amazon says that 12-hour battery rating is for “mixed-use,” so it’s hard to determine in our own tests if the new HD 8 lives up to those numbers, but the battery life, while not exceptionally good, seemed significantly improved from the old HD 8 during the week I used the tablet. The biggest hit it took was with heavy use of Wi-Fi and playing more graphics-intensive games. 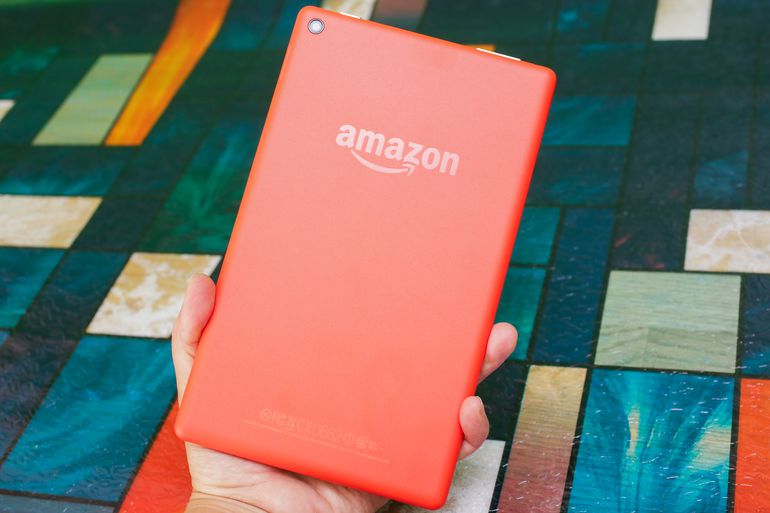 The other noteworthy feature addition isn’t available yet, but will be in the next few months: Alexa, the cloud-based voice service, makes its debut on Fire tablets. To activate Alexa, you’ll have to press a virtual button (with the Echo you simply have to say her name — so long as you’re connected to the internet). You can use voice commands to tell Alexa to play music, launch games, read audiobooks, deliver weather reports and more.

Those who bought an Amazon tablet recently, fret not: Alexa is also coming to the entry-level Fire, Fire HD 10, and 2015’s Fire HD 8 tablets via a free over-the-air software update in the coming months.

Thanks to the stereo speakers tuned with Dolby audio, the tablet outputs a good amount of sound and works well for movie watching. The front and rear cameras are pretty basic by today’s standards (the rear captures 720p video), but at least they’re there and available for such apps as Skype. 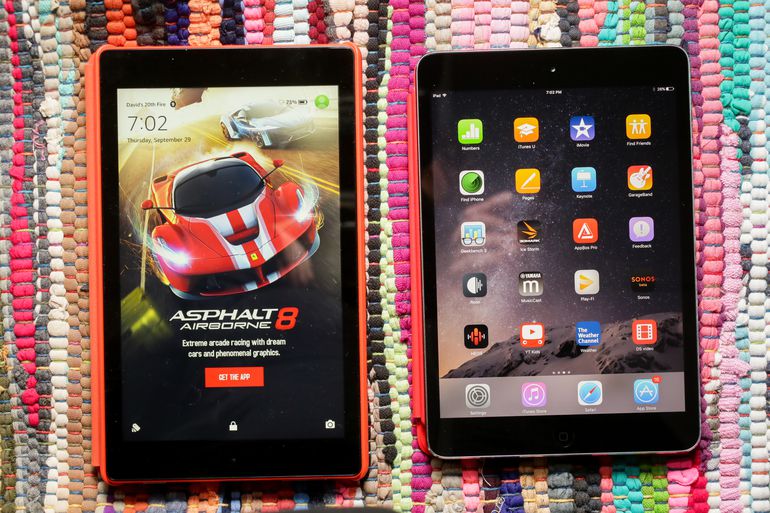 You’re looking at a handful of drawbacks. While this is an 8-inch widescreen HD display with 1,280×800-pixel (189 ppi) resolution, it’s not as sharp or vibrant as the iPad Mini 2’s more squarish 4:3 screen and its 2,048×1,536-pixel resolution (326 ppi). But that tablet costs about three times as much. It will be fine for most people, but if you’ve used an iPad before, you’ll feel it’s a step down. Even Amazon’s late, great Fire HD 6 has a better-looking screen because it has the same resolution as the HD 8 but packs it into a 6-inch space at a denser 252 ppi (pixels per inch).