Ever, Jane is an online role-playing game set in the dramatic, romantic worlds of Jane Austen. It invites players to attend sophisticated dinner parties and fancy balls, share gossip, keep secrets, fall in love, get married and climb the ribbon-lined social ladder of Regency-era England. It is definitely not a sex game, though sometimes players get wrapped up in this universe of exquisite gowns and forbidden desire, and they simply can’t help themselves.

“Let’s just say that we had to put in private chat,” Ever, Jane creator Judy Tyrer says with a laugh.

To be fair, it’s difficult to produce an online role-playing game that doesn’t foster sexual relationships and conversations. “It’s in every MMO that’s out there,” Tyrer adds. “The erotica is just the name of the game.”

That’s where private chat rooms come in to Ever, Jane.

“We’re not here to make a sex game. That’s not our purpose. But we also don’t want to ignore the reality,” Tyrer says.

Historical accuracy is paramount for Tyrer. She became a history buff while researching Austen’s life and writing, and she’s attempting to fill Ever, Jane with as many realistic rules and situations as possible. This means that players can have a private chat room, but they can’t flaunt any promiscuity. If they do, they’re sent to Botany Bay, a penal colony that’s populated with other troublemakers and anyone hoping to play without any rules at all. Botany Bay isn’t live yet, which means current players can be as naughty as they wish, but Tyrer and her team are working on it. 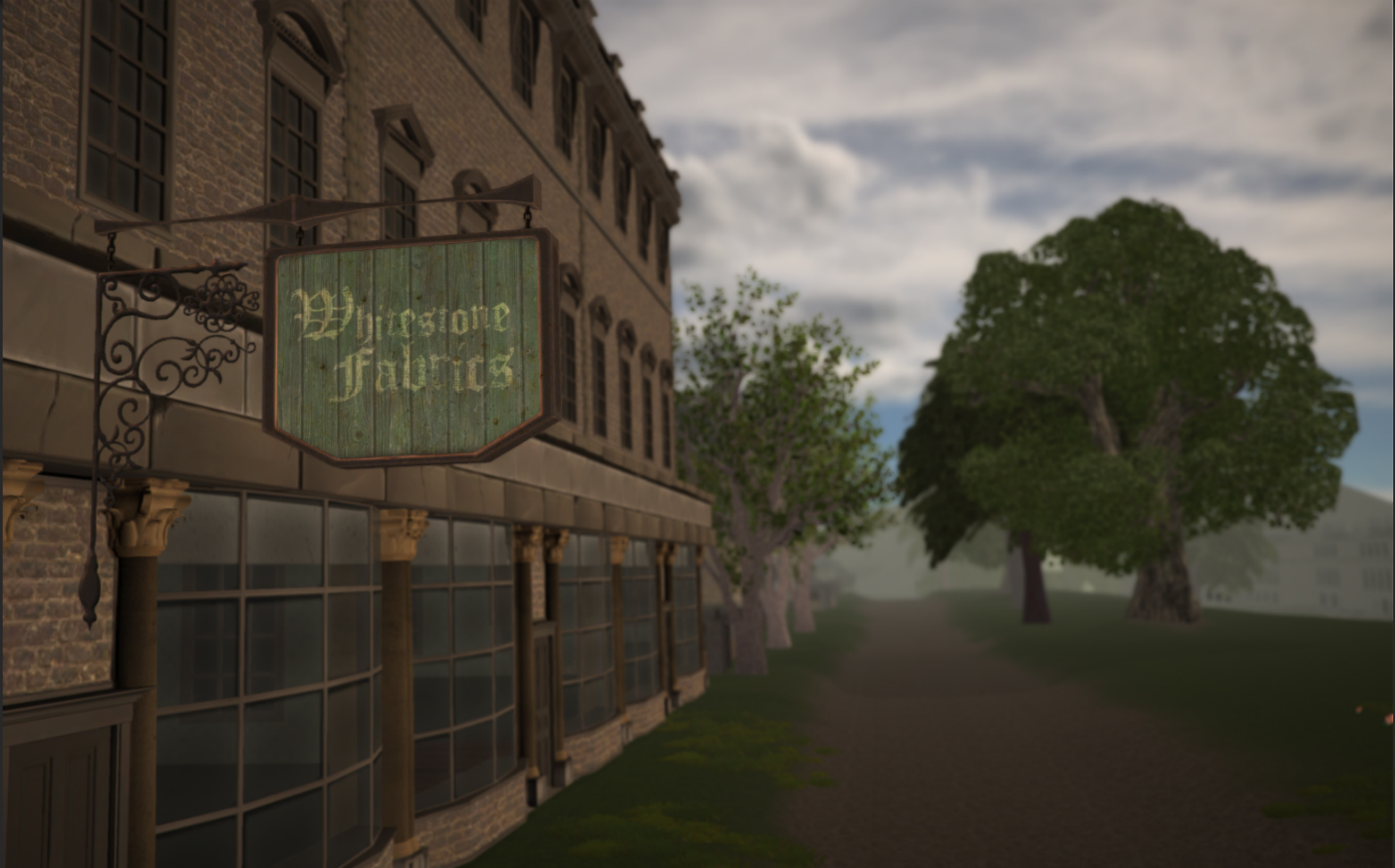 “Botany Bay sort of solves the problem of how angry people get when they get banned,” she says. “We’re sort of saying, if you want to behave that way, that’s fine, but we’re not going to give you customer support; we’re going to stick you in a penal colony, do what you want.”

Ever, Jane is, first and foremost, a wildly ambitious MMORPG from a small, independent team led by Tyrer called Three Turn Productions. The game secured $110,000 on Kickstarter in December 2013 and it just entered open beta at the end of August. Ever, Jane is still fairly early in development, but it already has a few hundred players, with roughly 30 people online at any given time.

The game opens up at a funeral, just like in Sense and Sensibility, and it immediately offers a different kind of quest than most other MMORPGs. Players see someone at the funeral that they’re interested in and they have to smile at this person — but it has to be discreet. This is a funeral in Regency England, after all. The game’s quests are meant to play with relationships in this way, intertwining players’ stories with longing looks and whispered promises.

Another quest that Tyrer is still writing throws drama into an otherwise demure dinner party: One player has to whisper a secret to a specific guest at the party. However, the targeted person’s goal is to not be alone with the player trying to share the secret. It’s a game of cat and mouse — any player who can see the pair will be able to hear their conversation, so the person with the secret attempts to seclude the other player as he or she tries to gracefully duck out of the conversation.

“The idea is to give people a little bit of drama and let them continue the role-play,” Tyrer says. “I like to say we throw plotbunnies into people’s stories.” 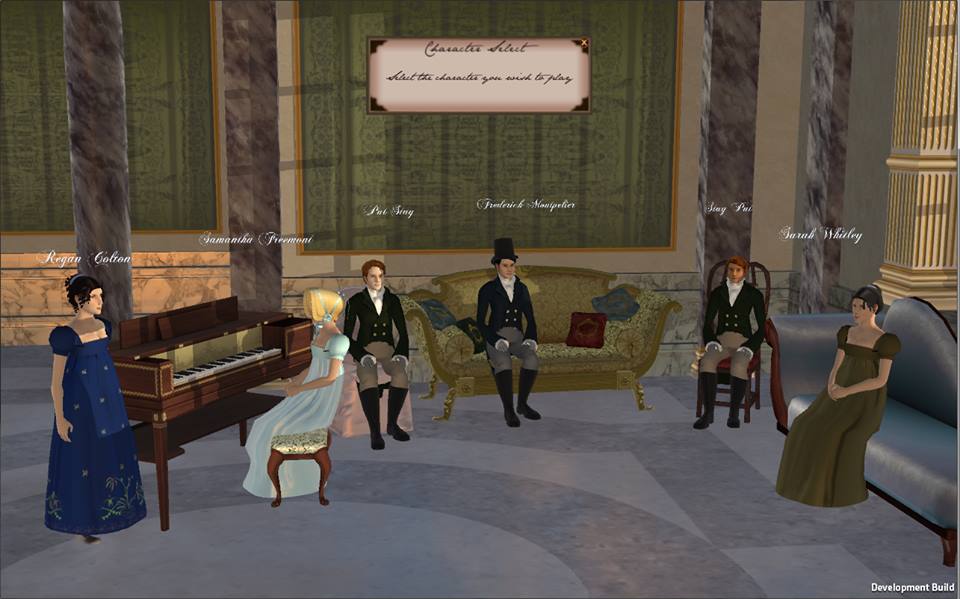 Ever, Jane is packed with atypical quests. There are no monsters to slay or worlds to save, but there are familiar mechanics for anyone who’s played an online RPG. One quest asks players to find and return a lost handkerchief, and one coming soon will send people on a mission to collect rare flowers.

This is Tyrer’s passion project. She’s in love with Austen’s blend of romance and wit, and she adores the time period itself. During her research for Ever, Jane, she uncovered a host of miniature histories, many that receive little attention in high school social studies classes. For example, there were black members of the Merchant Gentry across Regency England, and Austen was an abolitionist, even though she didn’t include this perspective in her novels.

“People want to play their own color and I didn’t want to limit them, but I also wanted to be historically accurate, so we dug into history and discovered that the history we’ve all been taught is whitewashed. Very whitewashed,” Tyrer says. “But this gives us an opportunity to help. This gives us an opportunity to present some un-whitewashed history, which is also really exciting. Let’s get the truth out there and let’s really look at what happened.”

“Nobody batted an eyelash at women,” Tyrer says.

That means no one in Ever, Jane will bother the spinsters living next door, either. As long as they’re — say it with me now — discreet. Ever, Jane is packed with these subtle interactions governed by a strict Regency rule set; it’s romantic, elegant and quietly complex. In a real-life society that paints women as more emotionally aware, it makes sense that most of Ever, Jane’s players are female. Tyrer says there are definitely men playing, but the average Ever, Jane player is a woman who loves literature.

And some of these literature lovers have never touched a video game before.

“Those are who we want to pull in,” Tyrer says. “We’re really trying to open that market and say, I believe there are a whole lot of people who would play games if we would just make games they want to play. A lot of people don’t want to play ‘I’m killing things’ games; it’s very offensive to many, many people.” 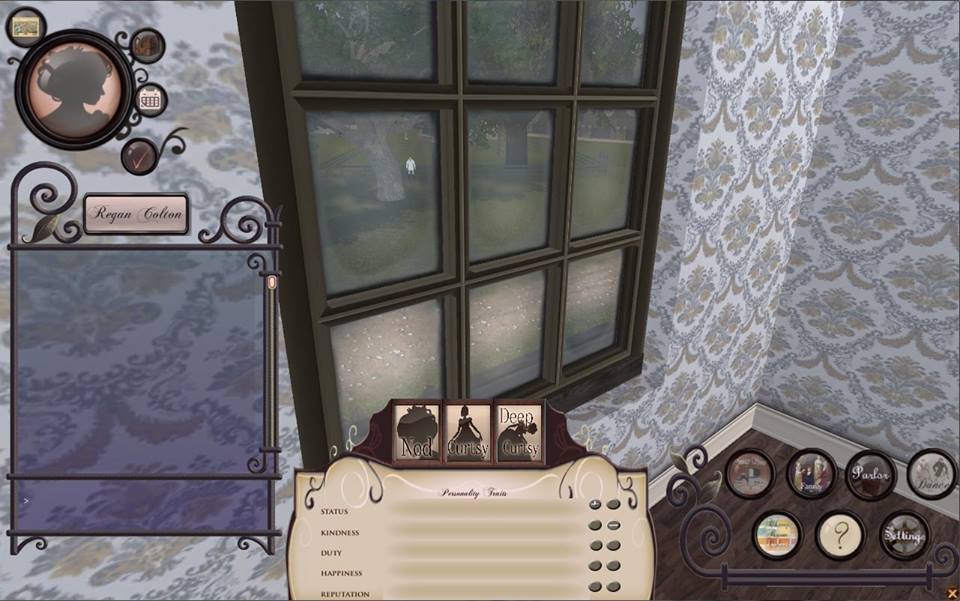 Tyrer is making the game she wants to play, an MMORPG that breaks all the rules in a dignified, rosy-cheeked way. She’s worked for decades in the computer science and video game industries, helping create experiences including Second Life, Magic the Gathering: Tactics and Ghost Recon. She’s currently enraptured by Elder Scrolls Online, another MMO that questions the genre’s typical mechanics — though not with the same gusto as Ever, Jane.

But, of course, not everyone understands Ever, Jane.

“According to the internet, as far as Ever, Jane’s concerned, I’m an old hag creative genius from North Korea,” Tyrer says, laughing. “Which I think is fine. I think it’s hysterically fine. The North Korea part is really amusing.”

Tyrer expected to receive some negative response to a game with more dinner parties than raids, but after years of working in male-dominated industries, she’s learned which criticisms to take seriously. That’s how women survive in these fields.

“We are mostly teflon,” she says.

Tyrer’s successful career helped make this independent endeavor possible. She’s funding Ever, Jane herself at the moment, but she hopes that the open beta will help lighten the load soon enough. Even though the game is still in early, rough stages, the open beta should help prove that there’s a market for a game like Ever, Jane. That’s important if Three Turn Productions wants to find investors. 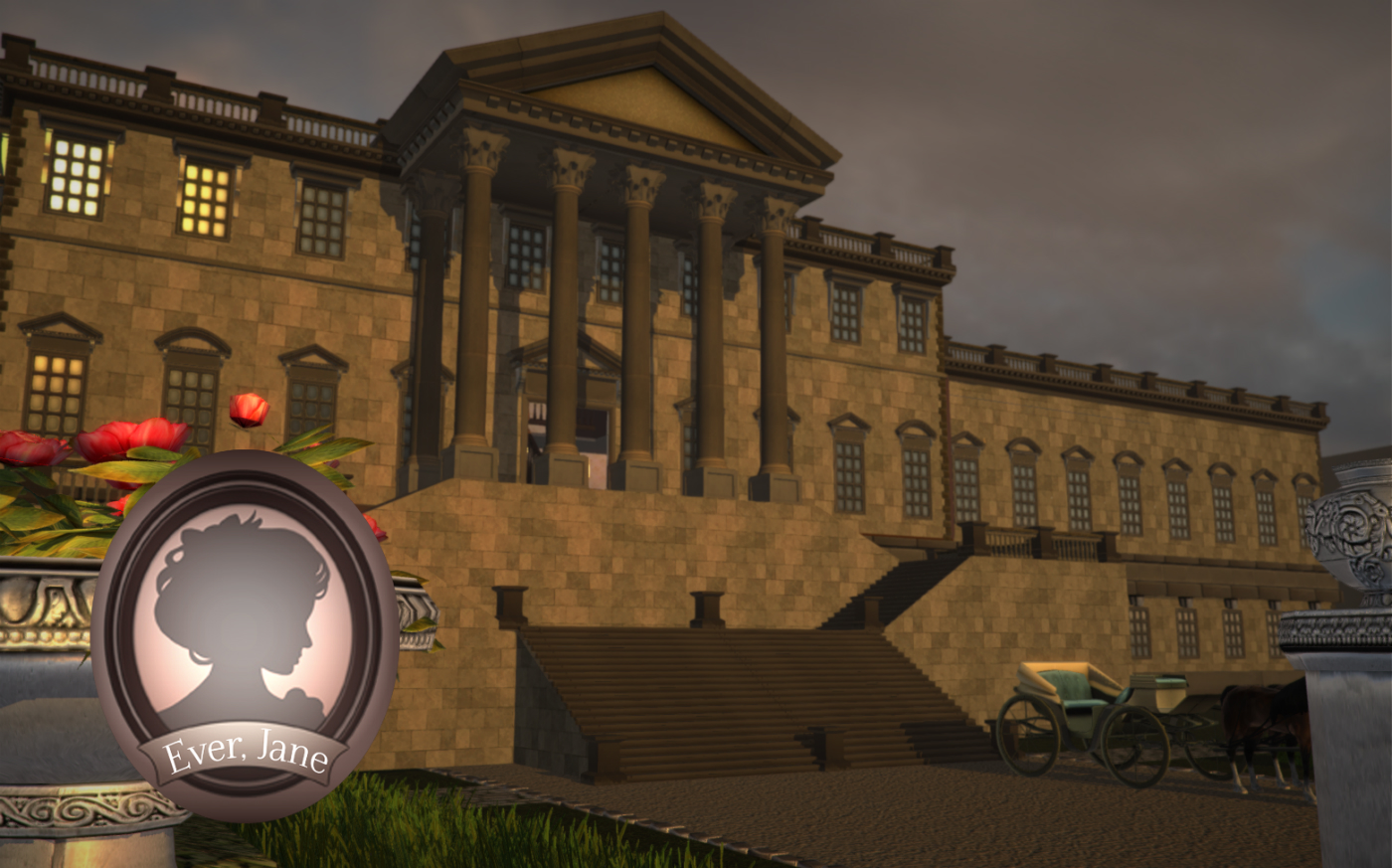 “I’m not saying it’s a bad open beta but I’m not going to lie, it’s a weak open beta,” Tyrer says. “I would much prefer to have been stronger but we have a very small team and we have financial deadlines that are coming up. We have to get investors. So the open beta is giving us the numbers we need to prove the market to the investors.”

It’s incredibly difficult to find funding for most MMOs. High-profile busts like 38 Studios’ Project Copernicus only scratch the surface — building a massive online world takes incredible technical proficiency and millions of dollars, and many games struggle to maintain an active player base. World of Warcraft is the exception, not the rule.

Tyrer understands these risks, but she believes whole-heartedly in Ever, Jane. One reason MMOs have trouble finding funding, she says, is because they’re all alike. Ever, Jane breaks the mold. The game is not only romantic and socially aware, but it also has a marketplace where players can buy household items and clothing, and Tyrer plans to implement a free-to-play option. Free players would become servants — though note that every player can climb one social rank per lifetime.

Eventually, Tyrer envisions 250,000 people playing the game. This number is distilled from the audience sizes for Jane Austen novels, films based on her books, spin-offs like Pride and Prejudice and Zombies, and fanfiction readers and writers. Tyrer knows there’s a market for romantic, social MMORPGs. She knows there’s a market for Ever, Jane. Now she has to prove it.

“I want to open the women’s market,” she says. However, she isn’t attempting to create a limited, girls-only MMO: “There are literate men who also love Ever, Jane and Jane Austen. There really are. There’s a fairly romantic male component out there, they’re just not going to admit it to their more dudely guy friends.”