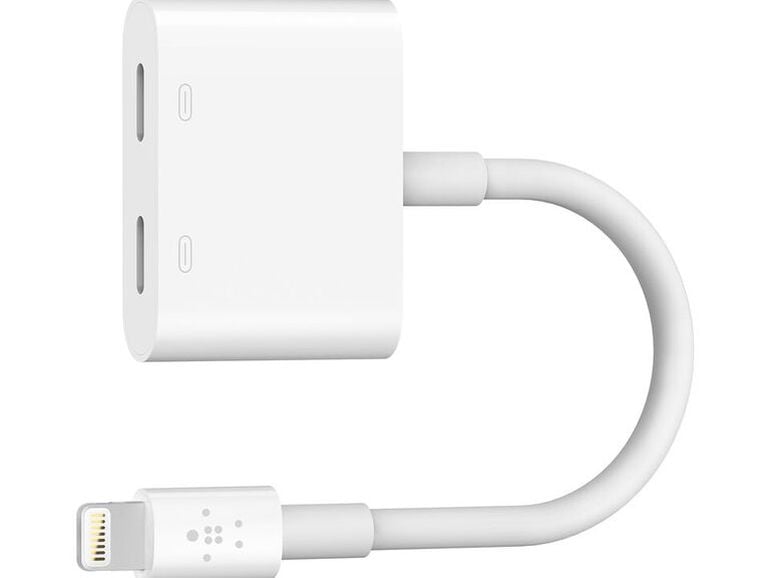 Now that Apple has killed the headphone jack on the new iPhone 7 in favor of Lightning, the single connection point compels the question: can you listen to music and charge your phone at the same time? Short answer: no.

Just 24 hours after the death of the 3.5mm jack, accessory maker Belkin has come up with a solution that we all knew was coming: a Lightning splitter. That’s right, the product is called the Lightning Audio + Charge RockStar (eww) and it effectively turns one Lightning port into two.

The male end of the adapter has passthrough charging up to 12W and the two female ports are compatible with either your Lightning headphones or a charger. Of course, if you want to plug in a 3.5mm jack, you’ll need to use Apple’s Lightning-to-3.5mm adapter.

Personally though, I can’t wait to see someone use this to daisy-chain the 3.5mm adapter and an external battery pack to the iPhone. Is it finally time to bring back the Apple Fanny Pack?

Belkin tells us the splitter was developed closely with Apple, which means it paid a licensing fee to officially brand itself with genuine MiFi certification, aka “Made for iPhone.”

Unfortunately (and of course) that means it’ll also come with a high price tag. It’ll sell for $40 (£30 or AU$52) when it hits Apple stores and the Belkin website on October 10.

Read more from Reviews
Reviews
← FAA ‘strongly advises’ against Galaxy Note 7 use, charging on planes
9 reasons you should keep your current iPhone – CNET →