Apple also plans to sell its Lightning to 3.5mm Headphone Jack Adapter and its new Lightning EarPods on a standalone basis for iPhone 7 buyers who want extra accessories.

The Lightning to 3.5mm Headphone Jack Adapter is priced at $9 and while it can’t be purchased yet, it will presumably go on sale alongside the iPhone 7.

The EarPods with Lightning Connector are priced at $29, the same price as the EarPods with a 3.5mm Headphone Plug. The Lightning EarPods are also unavailable for purchase at the current time, but should be available alongside the iPhone 7. 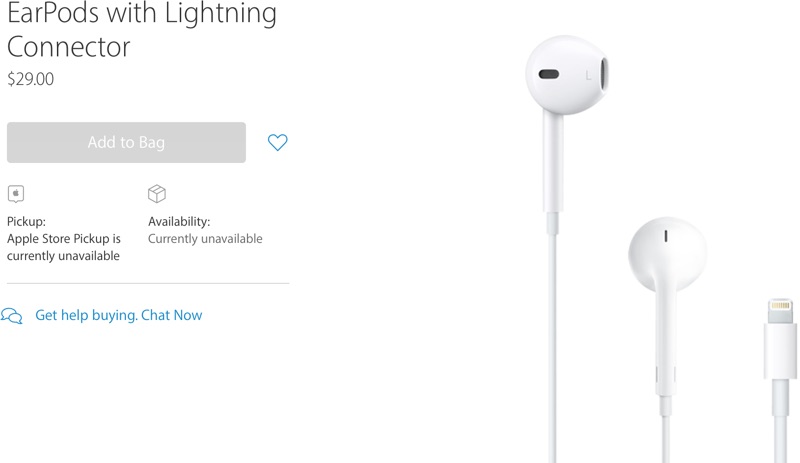 Apple today also announced wireless Bluetooth earbuds called AirPods, which will be sold on a standalone basis starting in October. AirPods will be priced at $159.