Bragi’s new wireless headphones are cheaper, but not as smart

It took nearly two years and a Kickstarter campaign for Bragi to deliver its completely wireless smart earbuds that handle music, activity tracking and phone calls. Now the company is back with its second product: The Headphone. At first glance, Bragi’s Headphone looks a lot like its elder sibling, but upon close inspection it’s quite a bit different. The main way to tell the two apart visually is the physical buttons and lack of multi-colored lights on the outside of this new model. Dash features touch controls for volume, skipping tracks, taking calls and more while Headphone has three buttons you’ll need to press to complete those tasks.

The Headphone also doesn’t have the activity tracking sensors that the Dash employs. Yes, this means you won’t be able to turn your head to answer calls or log a workout like you can with Dash. Without the extra tech on board, this new model touts nearly double the battery life at six hours. Balanced armature speakers provide the sound from your phone via Bluetooth and Bragi’s Audio Transparency feature is a click away. The tool allows for outside noise to come in so you can hear a car horn while on a run or what your coworker is saying in the next cubicle. Bragi’s feature-packed Dash is priced at $300, but the new Headphone will only set you back $150 when it ships in November. 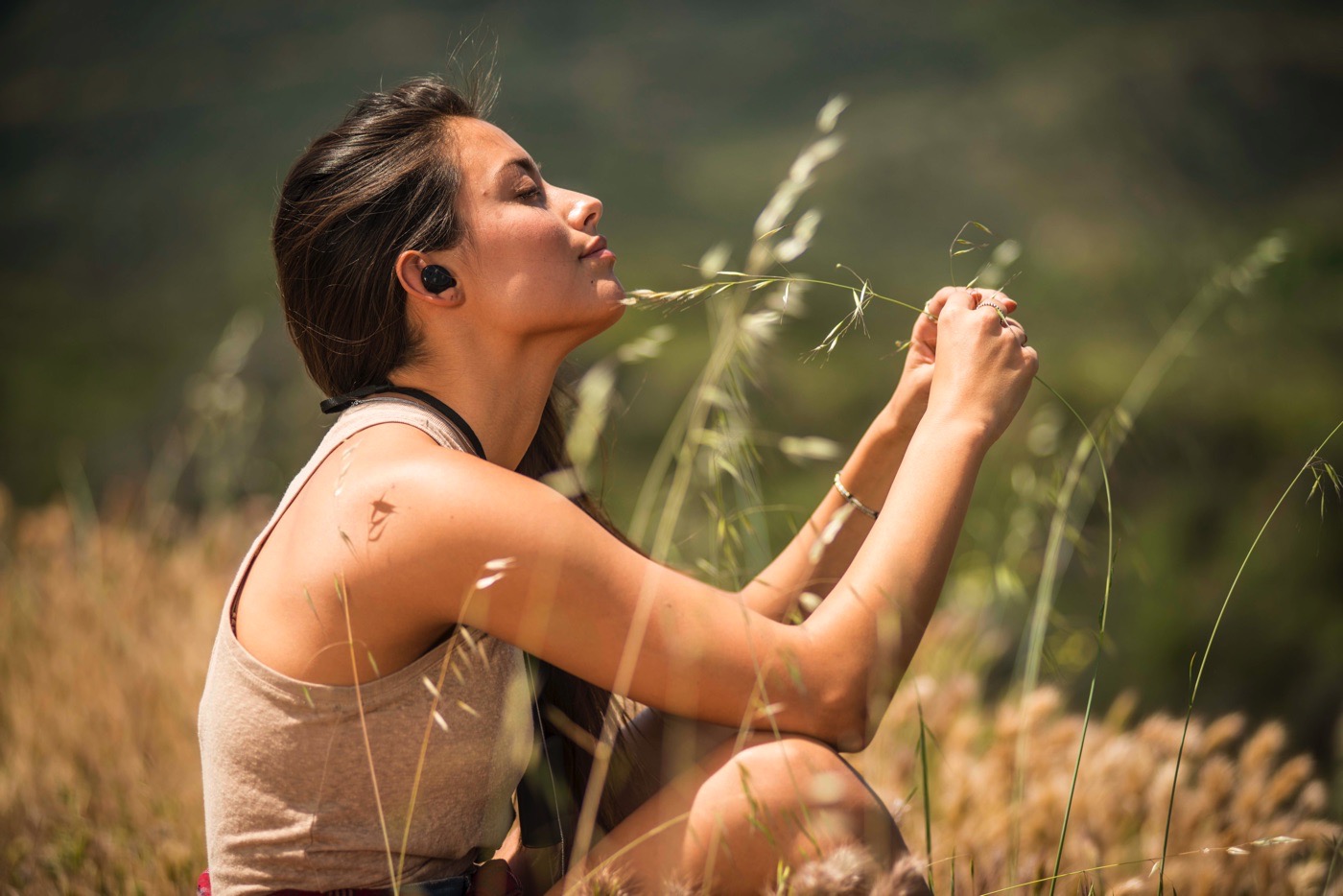 Speaking of the Dash, the company also announced an update for the software that runs those wireless headphones. Bragi OS 2.1 improves Bluetooth performance, an issue we noted during our review, and adds language support for Chinese, French, German and Spanish. All of those fitness stats can now be shared with Google Fit and Apple HealthKit along with syncing on the Apple Watch. Bragi also added a Touch Lock that ensures you don’t use gestures when you don’t mean to, a shuffle feature for the internal music player and on-demand heart rate tracking that can be turned off should the need arise. The best part? It’s available right now.

While Bragi got a jump on the completely wireless in-ear headphone game, other companies have followed in its wake. Samsung’s Gear IconX does a lot of what the Dash offers for $100 less, including fitness tracking and internal storage. Just this week, Jabra revealed its version of wireless earbuds that track your hear rate and exercise like the other two options for $250, but the Elite Sport won’t house a a portion of your music library for phone-free access.

Read more from News
News
← Amazon, Apple and Google back Microsoft fight over US gag orders
IFA 2016 showed us how far wearables have come →