Motorola’s new Moto Z Play is cheaper, but not compromised

Well, that was fast. It’s been just over a month since the Moto Z and Moto Z Force landed in the US and Motorola has already cooked up another phone to go with them. The new Moto Z Play is the last and least expensive member of the Moto Z Family, and you’ll be able to nab one for yourself in the US starting on September 8. Sounds all well and good, but here’s the big question: How does Motorola’s modular vision scale down to more modest smartphones? Pretty well, actually.

But first, a quick note. The Z Play will set you back $408 when it launches or $17 a month if you’re cool with installment plans. Unfortunately, Z Play is still going to be a Verizon exclusive in the US for at least a month or so. After that, you’ll be able to buy a fully unlocked version of the original, svelte Moto Z and the Z Play in October. One word: finally.

Moving on, the Moto Z Play packs an octa-core Qualcomm Snapdragon 625 and 3GB of RAM. It’s a decidedly mid-range chip compared to the high-powered 820 Moto Z fans are used to, but it was still more than enough to keep things moving briskly. Swiping through apps, playing a few games, snapping on MotoMods all willy-nilly — none of this threw the Z Play for a loop.

Meanwhile, the 16-megapixel camera around the back churned out better shots than expected. For those of you keeping count, that’s actually a higher resolution than the super-slim Moto Z can shoot at, but I prefer the latter’s detail a little more. Shots taken with the Z Play were bright and had nicely rendered colors, though there were a few occasions where I got some strangely soft edges even in broad daylight. On the plus side, the camera packs a dual-focus system that leans both on phase detection and a laser-focusing module to quickly acquire targets.

The software situation was what you’d expect. As usual, Motorola gave us a mostly stock version of Android 6.0.1 Marshmallow festooned with its intelligent gesture tricks — think twisting the phone to launch the camera and waving your hand over the screen to see the time and your notifications. I didn’t notice any major differences in performance between the Z Play and the either of the other Moto Zs I had lying around — a testament to the power you can squeeze out of an ostensibly mid-range chip. And since it’s a Verizon device, expect plenty of bloatware to greet you: I counted 14 pre-loaded apps I wanted nothing to do with. (The Amazon and Audible apps are here as well, but at least they’re useful.)

Anyway, toss all that into a glass-and-metal body and throw in a bright 5.2-inch screen running at 1080p and you’ve got the Moto Z Play in a nutshell. It’s familiar, it’s cheap and — believe it or not — it’s a little more special than you’d think.

Its battery life is pretty insane, for one. The combination of the power-sipping Snapdragon 625, Marshmallow’s Doze feature and a 3,510mAh battery means the Z Play often stuck around for more than two days of pretty consistent mixed usage. If you’re an especially light user, expect to see it last for closer to four full days before needing a charge. Not bad at all. The battery here is actually a little bigger than the one in the US-only Moto Z Force, making it one of the biggest batteries Motorola has ever produced in a phone (only the earlier Moto X Force tops it, at 3,760mAh). Oh, and there’s another thing. 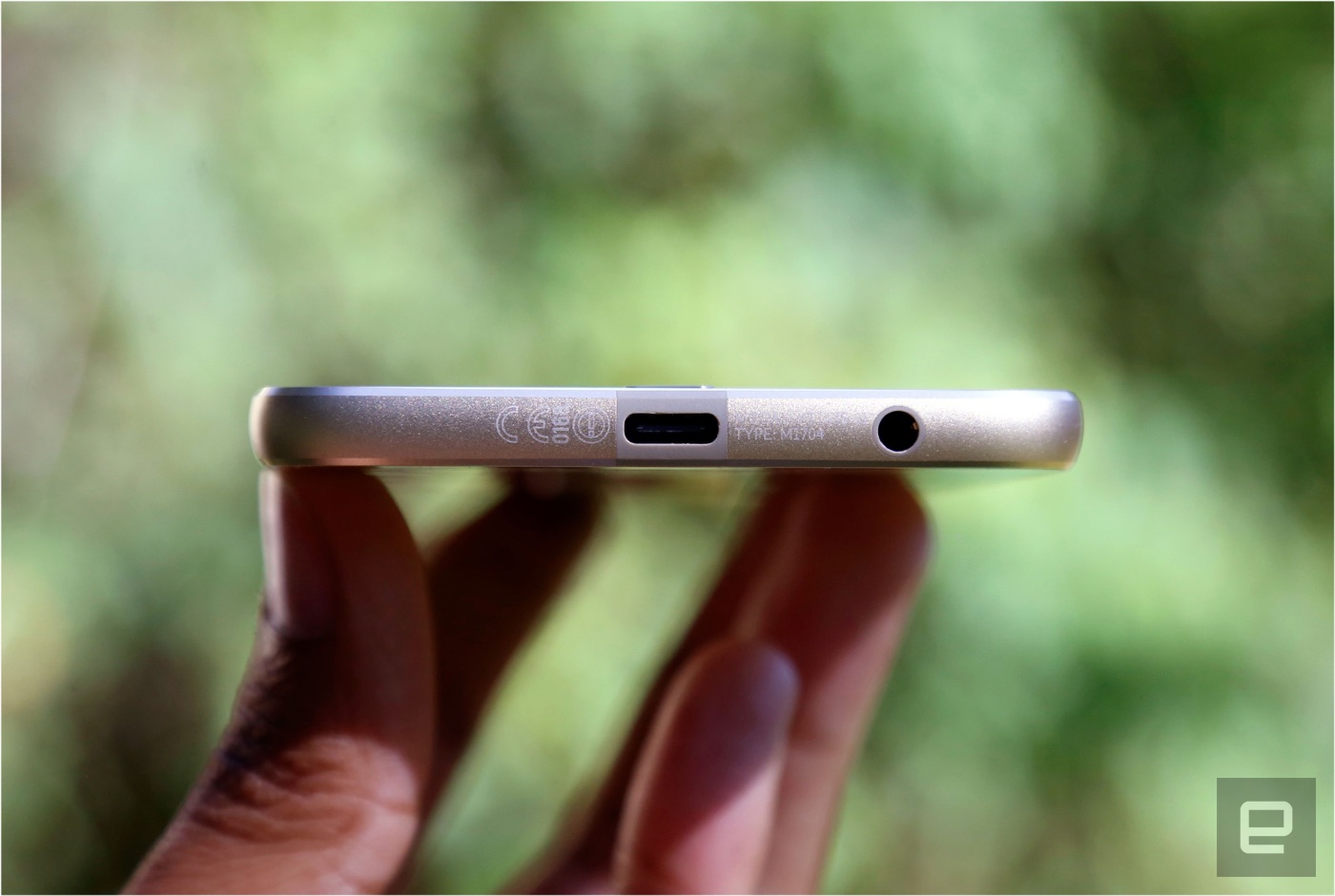 It has a headphone jack.

Some facepalmed when Motorola removed that classic port from the Moto Z and Moto Z Force, but the company remained steadfast. It’s the way of the future, they claimed, and other players would follow suit. (Hint: Motorola was talking about Apple). Motorola might be right about this sea change in audio interfaces, and to be fair, the USB Type-C dongles they included with those earlier Moto Zs worked just fine. Still, I had to ask: Doesn’t this look like Motorola’s trying to bounce back from a controversy? To hear Motorola’s spokespeople tell it, there’s a headphone jack here simply because the design of the Z Play’s logic board had room for it. That’s it. Motorola wasn’t compromising on its vision or responding to a backlash — spokespeople say the company saw an opportunity and went for it. Sounds like spin to me, but whatever, we’ve got a headphone jack again!

For now, the Z Play seems to strike a commendable balance between price and performance — stay tuned as we see if that first impression holds up.