I think HP’s completely sick of making traditional-looking desktops and is out to make them look like anything but. In addition to a PC that looks like it was shoved inside a Bang & Olufsen speaker, the computer maker also released the Elite Slice modular desktop. And it looks like a cross between Discman, a router, and a set top box. Despite that weird combination, I actually really like the Elite Slice — not just for its looks, but also for what it does.

HP’s not the first to make modular components for a PC. Lenovo actually brought that idea to life with its Thinkpad Stack last year. But the Stack was a set of magnetic accessories for your laptop, whereas the Slice is a standalone PC with modules that you can snap on to add capabilities. Plus, HP’s device just looks so much slicker.

The Elite Slice is designed for business and office use, and its base model’s specs (and $700 price) reflect that. The 2.31-pound device houses an up to sixth-generation Intel Core i7 and runs Windows 10 Pro. It also offers enterprise-level security software, including HP BIOSphere and HP Sure Start to detect and manage threats. You can hook up displays, keyboards and mice to the system through the two USB 3.1 Type-C, two USB 2.0, DisplayPort and HDMI ports. The base unit also comes with ethernet and headphone/microphone jacks, as well as onboard dual mics and an optional fingerprint sensor.

But the modularity is where it gets interesting. Each module, including the PC piece, has a USB C-like port, called the HP Slice Connector, on its bottom. These let you connect more components to the PC. At launch, you can pick add-ons such as an audio module (with Bang & Olufsen enhancements), an optical disk drive and what HP calls a Collaboration Cover. 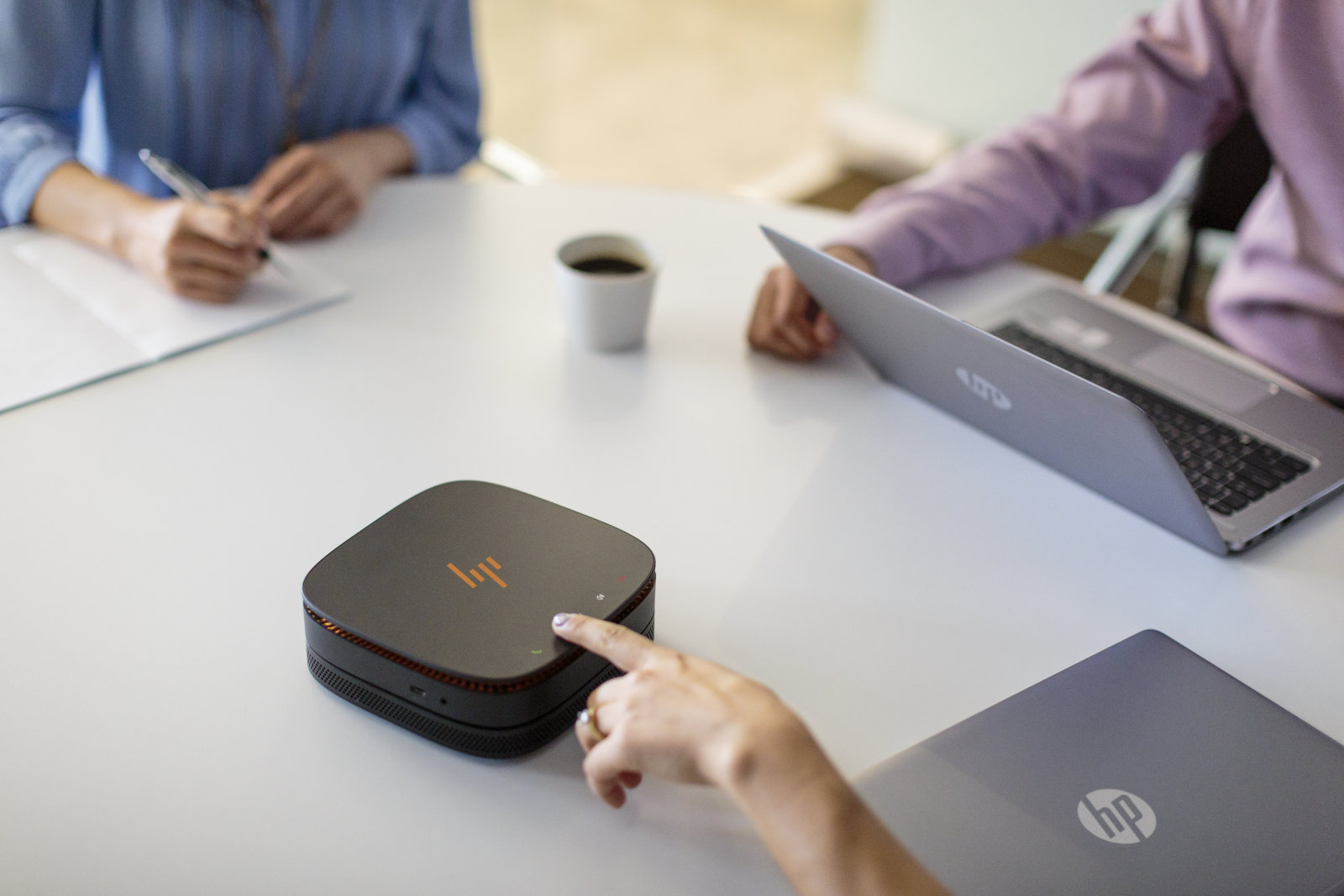 We saw this accessory in action at a demo. Place it on top of the Slice, and it turns the desktop into a Skype for Business phone (if you have a subscription). With the cover on, you can initiate a preset Skype call just by touching a capacitive button on the shell. Each Slice with the Collaboration module can have its own Skype number, effectively setting up a phone network without actual phone lines.

During our preview, HP guided us through making a call by tapping the green phone button. After the call connected, we spoke to an HP rep who demonstrated the onboard mic’s ability to pick up his voice even as he walked to the other end of a small room. He explained that he didn’t need to raise his voice, and indeed, he didn’t appear to do so. And regardless of his distance from his own Slice, his voice didn’t get dramatically softer. 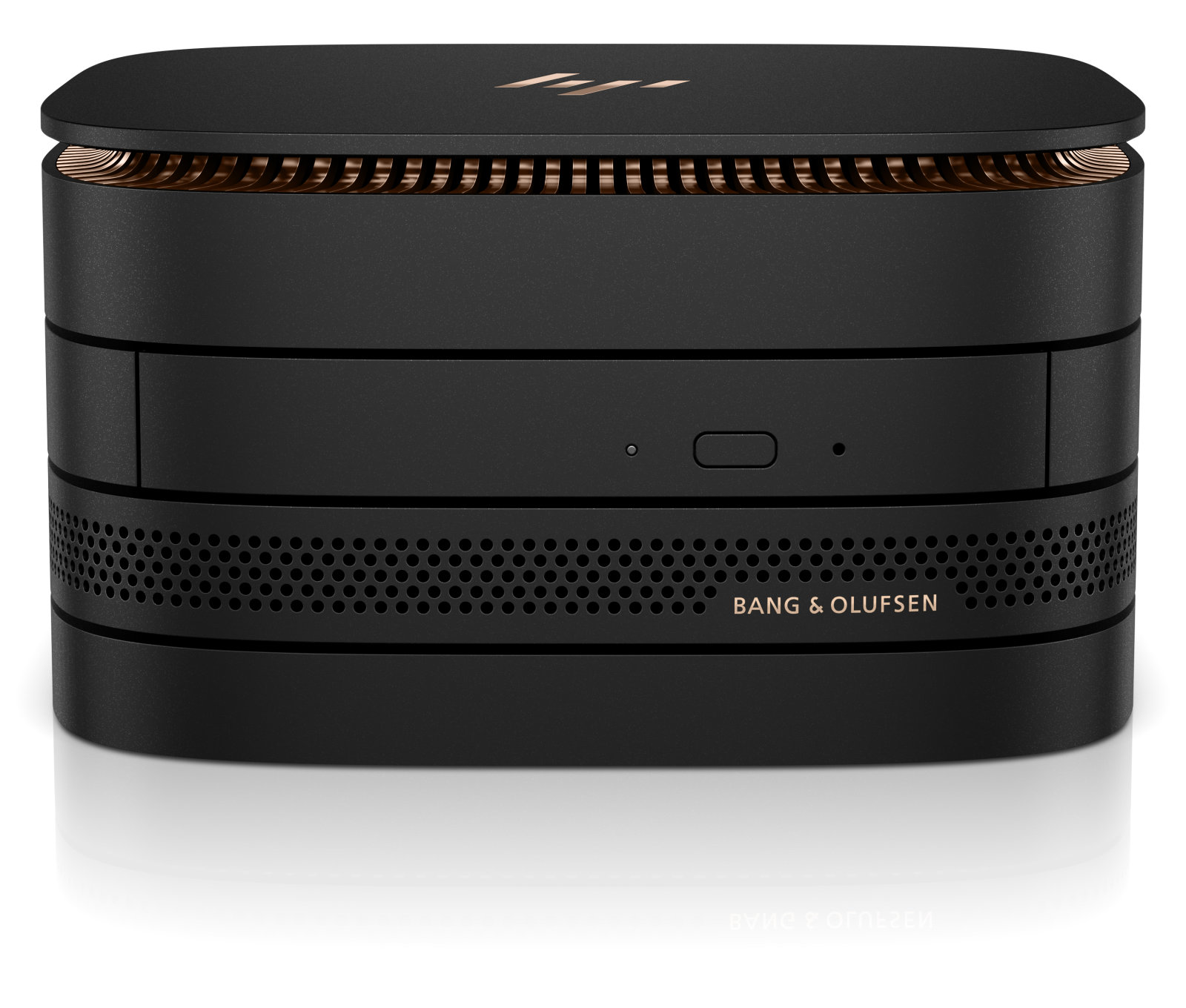 In 2017, HP will also offer a wireless charging cover that will let you recharge your compatible devices by dropping them on top of the Slice.

Although the add-on selection is limited for now, the Elite Slice is definitely an attractive, intriguing option for crowded offices that need portable desktops and want to do away with traditional phones. In the meantime, I’m holding out for a consumer-friendlier version for my tiny apartment.