The Good The new OLED display looks stunning, and this professional-level Yoga has a great keyboard, active stylus, and rugged body.

The Bad It’s not as thin or light as the more consumer-oriented Yoga hybrids, and adding the OLED screen is an expensive option.

The Bottom Line The best 2-in-1 Yoga Lenovo makes gets even better with the addition of a stunning OLED display.

Has it really only been four years since Lenovo’s first Yoga hybrid? That 13-inch two-in-one PC was the biggest argument in favor of the then-new Windows 8 and its tile-based interface, because it could transform into a touch-friendly tablet with ease, and because it did so without compromising the familiar clamshell laptop experience that nearly every PC user is accustomed to.

It turned out that the Yoga really was the one hybrid to rule them all, and every other major PC maker, including Dell, HP, Toshiba and others, experimented with all sorts of flipping, folding, rotating, and shifting hybrid PC design before settling on a similar 360-degree hinge. Today, you can’t even casually browse a computer store (either brick-and-mortar or online) without tripping over Windows PC with kiosk and table tent modes. 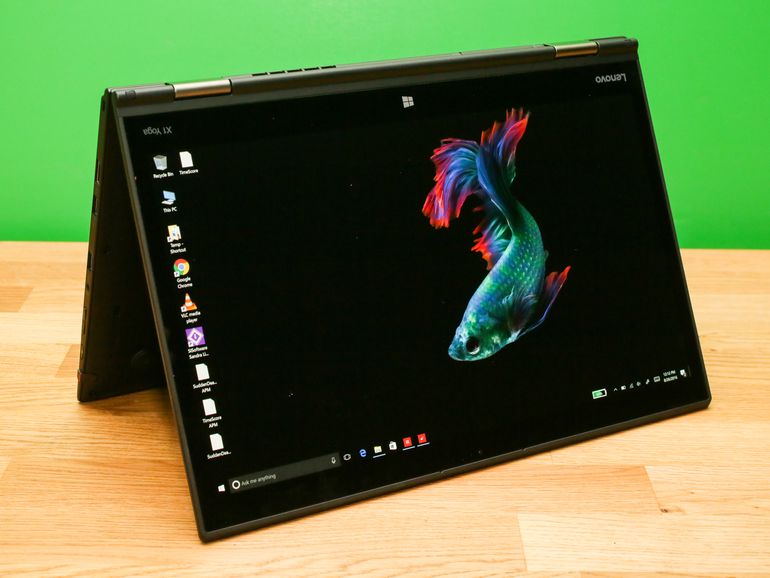 Lenovo went on to make several variations on the Yoga, including different screen sizes, different colors and higher-end models with watchband-style hinges. But the overall best Yoga design the company produced was the ThinkPad Yoga. This variant, part of the buttoned-down ThinkPad line of business computers, kept the best parts of the transforming Yoga experience, but also added a clever keyboard trick.

When the hinge rotates from its clamshell position all the way to its tablet position, the keyboard tucks itself away inside the base. It looks and feels like a retractable keyboard, but in reality, the outer edge of the keyboard tray raises up slightly to be flush with the keys, which are in turn locked into position. But the end effect is the same, so feel free to keep calling it a retractable keyboard. It’s a great feature missing from the standard IdeaPad Yoga systems, which leave a deactivated keyboard clacking under your fingers when in tablet mode.

Still, the ThinkPad Yogas were never as thin, flashy or lightweight as the consumer models, so I could see going with a slim IdeaPad Yoga 900 instead. Until now. 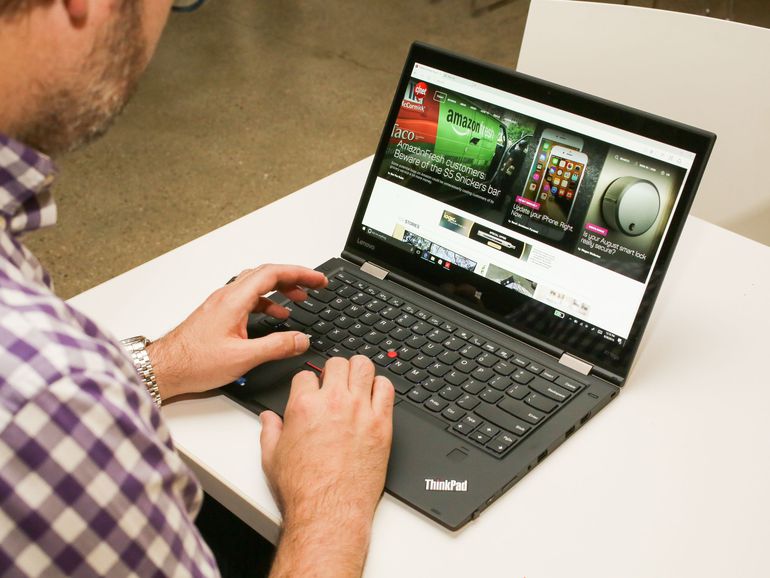 The latest 14-inch ThinkPad model, called the X1 Yoga, adds an OLED display (in its highest-end pricing configurations), making it one of the first laptops anywhere to have this stunning new type of screen. This isn’t a surprise development, Lenovo announced OLED was coming to the Yoga back in January at CES 2016, but it’s taken until now for the first units to finally ship. We recently reviewed a version of Dell’s Alienware 13 with an OLED screen, and my colleagues and I were blown away by what a big difference it made in everything from gaming to video viewing, and to a lesser extent, casual web surfing and productivity work. The Samsung TabPro S, a Surface-like tablet hybrid, has a similar AMOLED screen and was also very impressive.

Here in the larger 14-inch X1 Yoga, you can really appreciate why OLED screen technology sets the standard for excellence in the best-looking current-gen big-screen televisions, and why, despite the very high costs, TV buyers crave them. Even for a smaller laptop screen, there’s still a premium to pay. The exact high-end configuration we tested, with the OLED 2,560×1,440 display, a Core i7-6600U processor, 16GB of RAM and a big 256GB SSD, costs $2,289, as configured through Lenovo’s website. In the UK, you can get an identical OLED configuration for £2,286. In Australia, the same configuration costs AU$3,999. 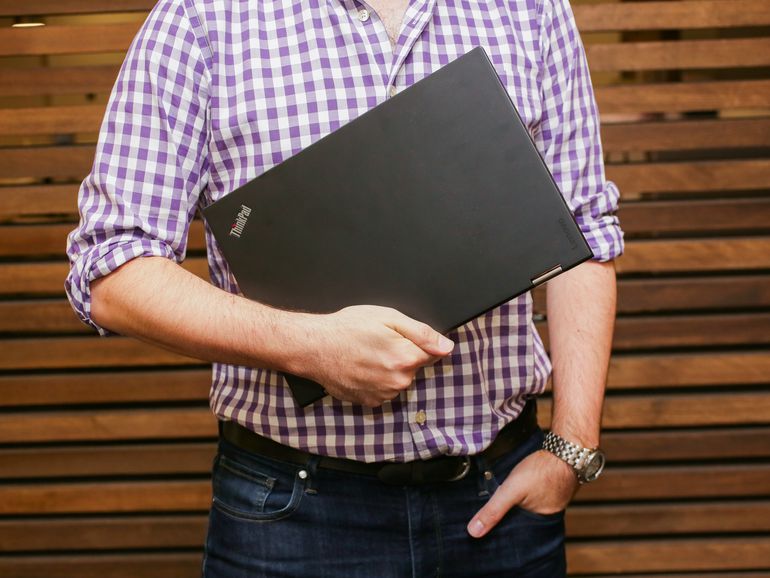 If you’re looking for OLED on a budget, Lenovo also offers a Core i5 version in the US with the same OLED display but half the RAM and SSD storage for $1,682.

ThinkPad Yogas always cost a few hundred dollars more than the consumer versions, because of the retracting keyboard, better construction and built-in IT-friendly security features. Adding OLED drives the price up even further, but it’ll be a least a few more years before OLED laptops and TVs are as inexpensive as their LCD counterparts.

This new X1 Yoga keeps much of the look and feel of previous models, from the low-key matte black color to the red trackpoint nestled between the G, H and B keys — a throwback to an earlier era of laptop computing that feels more like a branding play than a practical navigation tool these days.