When Motorola and Lenovo unveiled the Moto Z, they unveiled a host of MotoMods… except for one. Where was that camera add-on we’d seen in leaks? Apparently, it’s still coming — and it might be more than you were expecting. Moto G3 has come across community photos showing that the camera module is not only Hasselblad-branded as anticipated, but packs a 10X optical zoom lens. There aren’t any clues as to the sensor, alas, but we suspect that this is more likely to be a point-and-shoot quality (maybe mirrorless) sensor given the size, rather than Hasselblad’s signature medium format. You’ll be taking better photos than you would with the stock camera, then, but we wouldn’t count on magazine-quality Instagram shots.

If leaks are accurate, you won’t have to wait long for more details. The Hasselblad MotoMod may be announced at Germany’s IFA show, which officially starts on September 2nd. There aren’t any clues as to the price, but we can’t imagine that Hasselblad camera hardware will come cheap. We’d expect something in the ballpark of a previous photography add-on like Sony’s QX10, which cost about $230 when new. 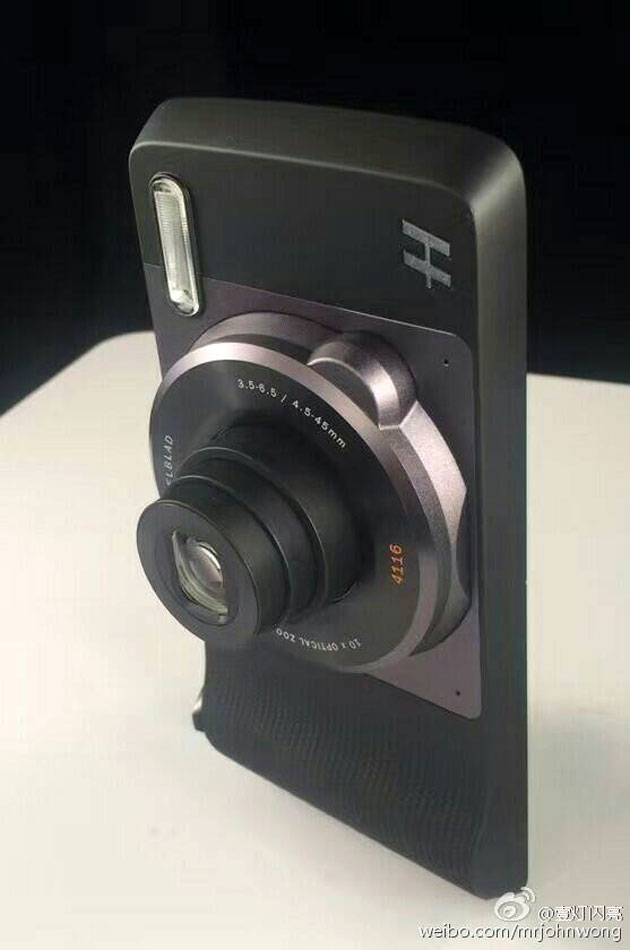