It didn’t take exploring the No Man’s Sky universe for nearly 30 hours over the last week for me to notice the game’s more eccentric features.

For instance, every time you receive units for scanning or uploading a new discovery, your in-suit OS, called ExosuitOS, says “Units received.” When it says that a few dozen times in just a few minutes, it’s simply too much. Other complaints you’ll find around the internet are the narrow field of view (FOV), the need to long-click for every single in-game action and menu selection, scan lines on your helmet visor and many other tiny annoyances that don’t detract too much from the game to ruin it. But they’re there. Always.

Fortunately, there’s a way to fix the most annoying parts of No Man’s Sky, and it will only take a few minutes of your time.

While not all that common, PC game mods have been known to come packaged with malware or keyloggers in the past. As with anything you download from the internet, especially something like user-uploaded modifications to a game, you should proceed with caution and have anti-virus and anti-malware software on your computer.

I personally downloaded all of the mods below and scanned them for viruses and malware. I also spoke with Amit Shah of Video Game Mods, the network http://nomansskymods.com/mods is part of, and he insists the site is safe and reliable. Shah says the mods are under strict requirements that limit the types of files that can be uploaded and there is a system in place that encourages users to flag mods that could potentially cause harm.

Regardless, when downloading mods for any PC game it’s best to:

Not only can mods cause harm to your system, they can cause problems with your game. Fortunately, the mods below are of a type that’s easily reversible. 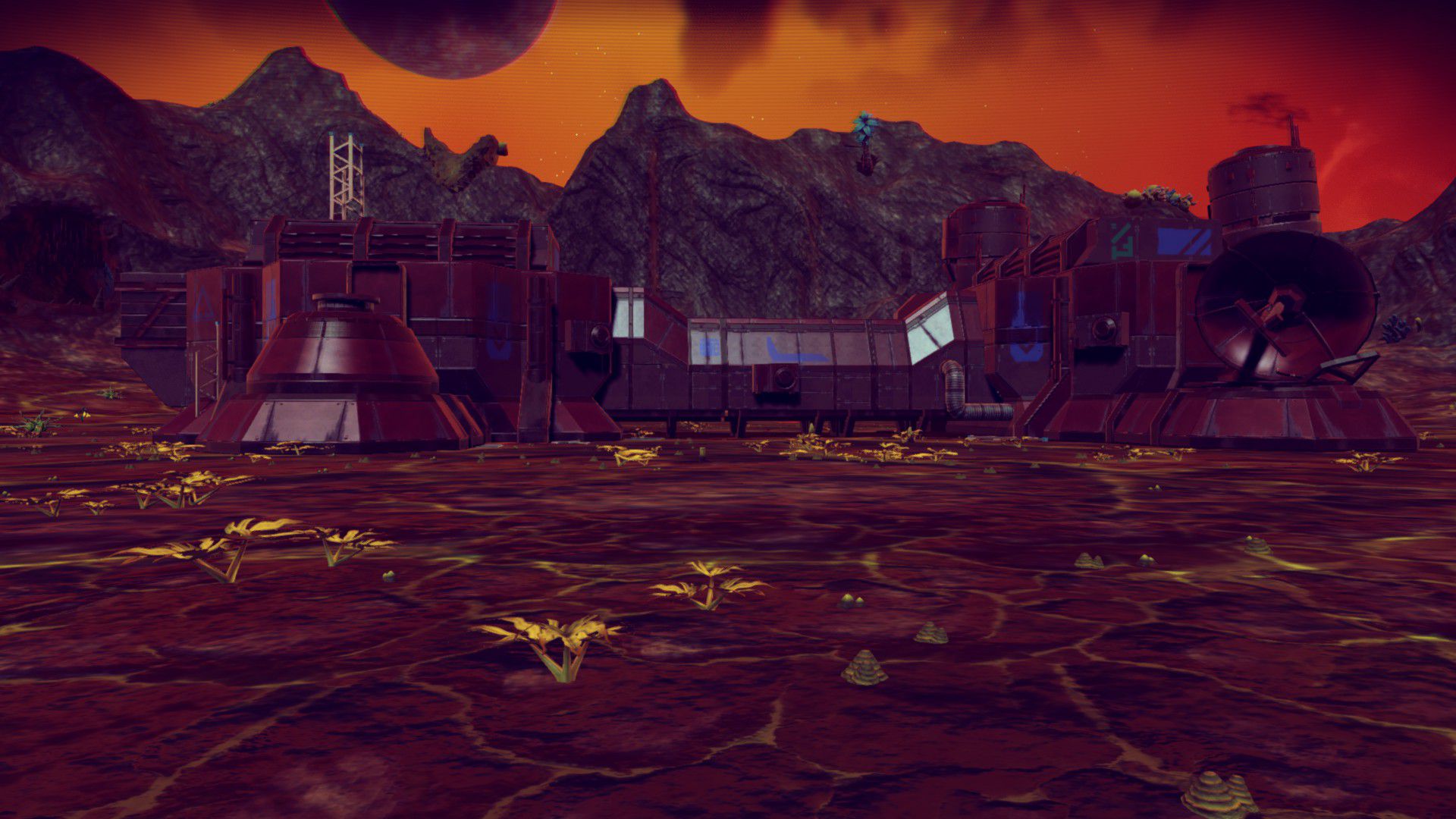 The normal appearance of No Man’s Sky

With the complexity of the code for No Man’s Sky, the fact that mods already exist is impressive. Granted, the vast majority of mods available right now are mainly visual and audio modifications, such as replacingthe “Units received” sound byte with “Wubba lubba dub dub!” from “Rick and Morty.”

These mods come with one or more PAK files that you need to drop into the game’s PCBANKS folder. This is typically located at C:Program Files (x86)SteamsteamappscommonNo Man’s SkyGAMEDATAPCBANKS. To reverse the mod, simply remove the PAK file and restart the game.

The most popular and important mod for No Man’s Sky right now is Fast Actions. To interact with things in the world, change settings, perform inventory management, enter your ship and practically everything else in the game, you must click and hold the mouse button or keyboard keys. It’s frustrating and unnecessarily slows down gameplay.

By dropping the Fast Actions mod PAK in PCBANKS, the need to long-click or long-press everything is removed, and you will be flying through your inventory much faster. 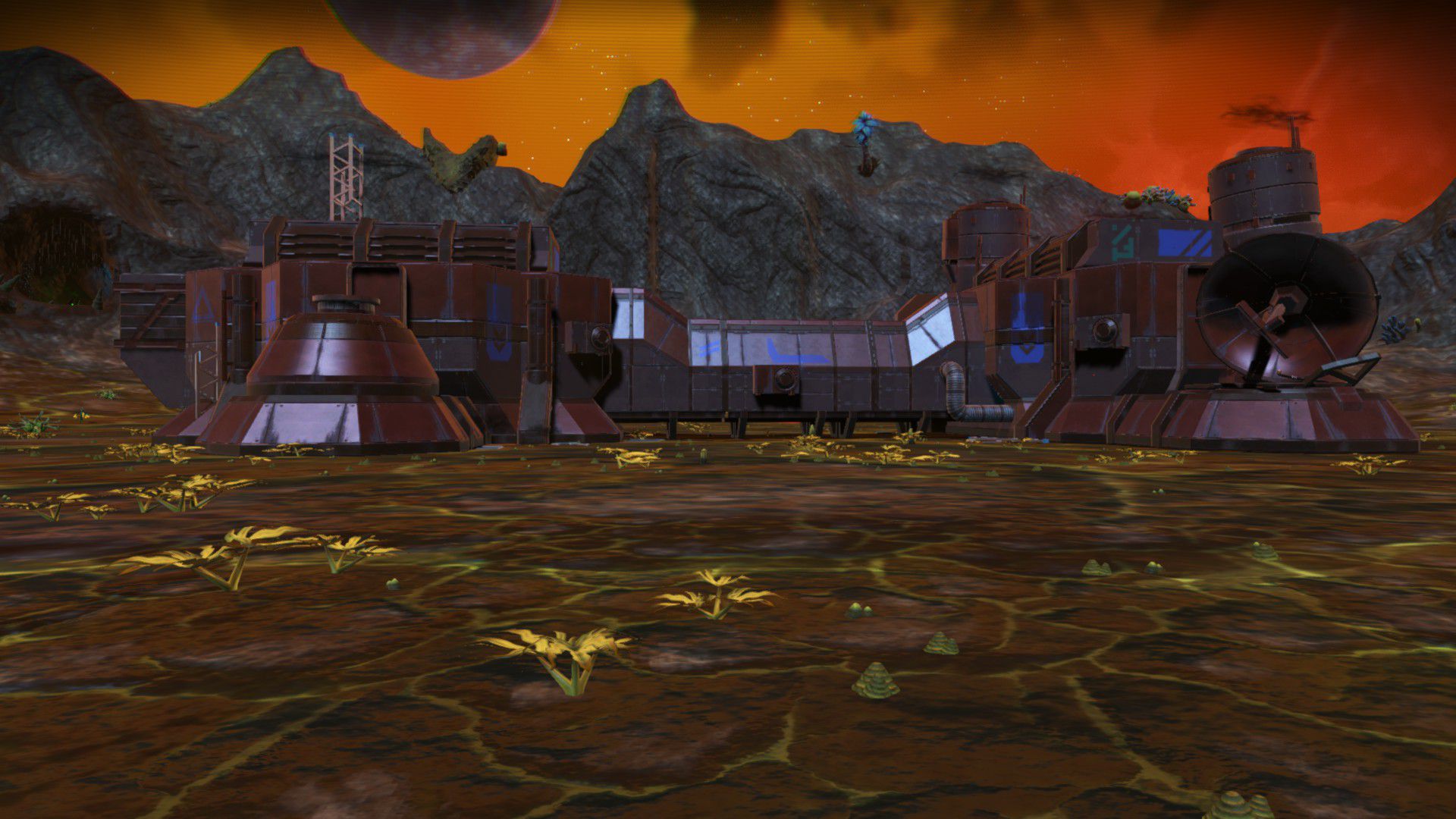 No Man’s Sky with the Instagram Filter Remover mod applied.

You may have noticed everything in the game is rather vibrant and warm-looking. Whites are more of a cream color and everything looks a bit hazy. You can remove this with the Instagram Filter Remover. This will dramatically change the appearance of the game. 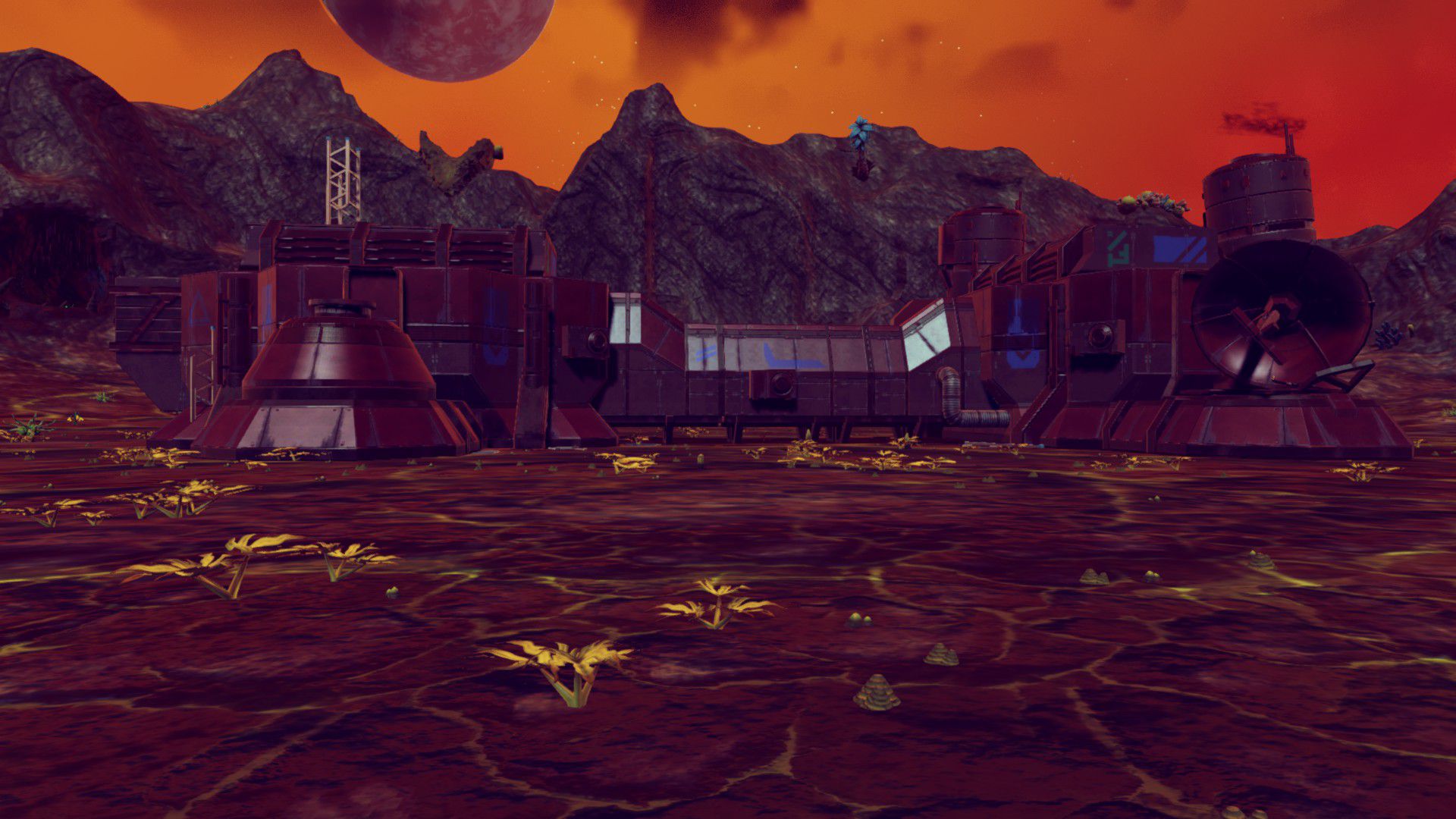 Your view throughout the game has a translucent HUD, scan lines and vignetting to make it seem like you’re viewing the universe through your helmet’s visor. If you’d rather explore without these visual effects, apply the Chromatic Abberation + Vignetting + Scan Lines Removal mod.

After applying the mod, there will be no light drop-off in the corners, lines will be sharper, the horizontal scan lines will be gone and your HUD will still be in place. 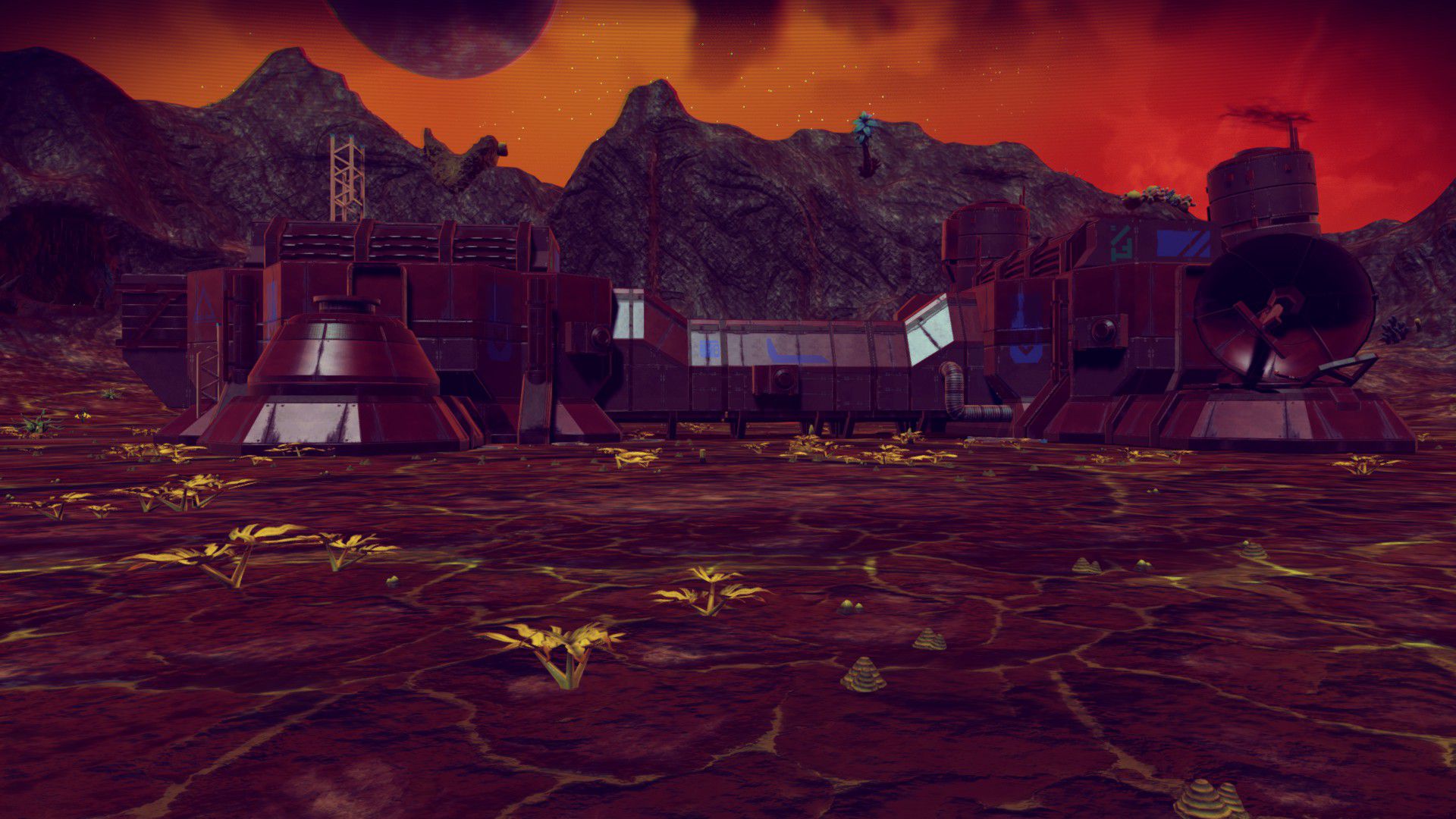 When you extract the ZIP file, you will have a selection of PAK files to choose from. Choose only one of the PAK files in the scale or hard-coded resolutions directories to move to the PCBANKS game data folder. Test out different resolution scales or hard-coded values by swapping out PAK files, one by one, to see which one works best for your computer.

Most of the status updates from ExosuitOS are important for staying alive, such as warnings when your radiation or thermal protection are almost fully depleted.

However, you don’t need to hear a confirmation for every action in the game or every time your life support system reaches 75 percent, which, for some reason, is considered “low.”

The ShutUp mod allows you to selectively disable voice prompts. 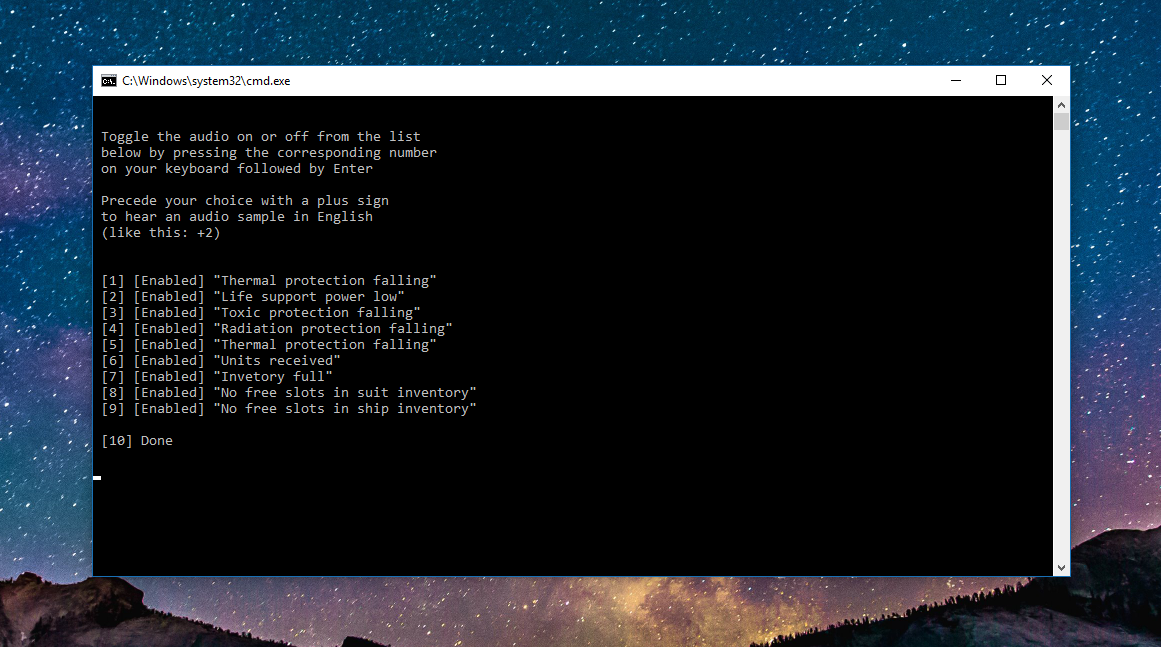 The installation of this mod is a little bit different. Download the RAR and extract it. Then double-click to open the build.bat file within the extracted folder. This launches a command prompt window with numbered selections for toggling each voice prompt. Type the number of the prompt and press Return to toggle it on or off, and put a plus sign before the number, like +3 and press Return if you want to hear a preview of it. When you type 10 and press Return to close, a PAK file will be generated based on your selections. Copy and paste that file into the PCBANKS directory to apply the mod. 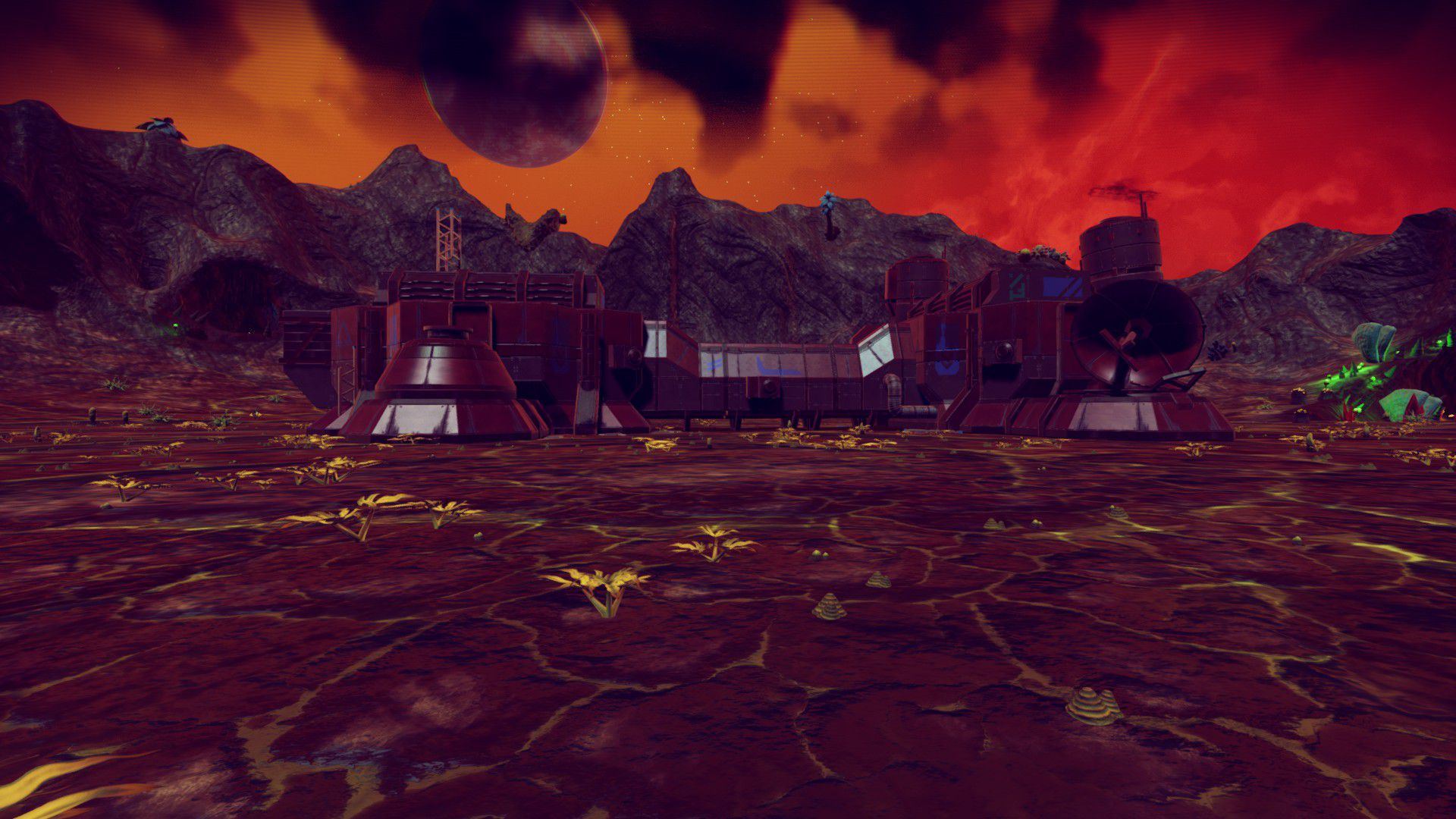 The field of view in No Man’s Sky is quite narrow, which gets old very quickly. The maximum FOV setting within the game is 100, which is still narrower than 100 degrees typically feels.

While there is no PAK mod for this, you can tweak a few numbers in the game’s graphics binaries. Go to C:Program Files (x86)SteamsteamappscommonNo Man’s SkyBinariesSETTINGS and open the TKGRAPHICSSETTINGS.MXML file in a text editor. Change the numbers to the right of FoVOnFoot and FoVInShip to anywhere between 105 and 150 and save the file. You may need to tweak the numbers to get the setting that works best for you.

When you load the game, you should be able to see much more without having to look around. If you want to reverse the effects, open the settings menu, go to Graphics, change any setting and click Apply. The On Foot Field of View and In Ship Field of View will reset to their max of 100.