In many parts of the world, people have to boil water or leave it for long periods under the sun to make sure it’s clean enough to drink. Problem is, the former consumes fuel they can use for cooking or heating, while the latter takes too much time. A tiny device that’s developed by Stanford University and SLAC National Laboratory could change that. While it’s only half the size of a postage stamp, it can harness the the power of the sun to kill 99.99 percent of germs in as fast as 20 minutes. You simply have to drop it into the container of water you want to cleanse and leave it outside for a bit.

The device, which looks like a tiny rectangle of black glass, can cleanse water faster because it taps into the visible part of the solar spectrum that contains 50 percent of the sun’s energy. When you leave bottles out in the sun, you’re depending on UV rays that only contain four percent of the sun’s energy to annihilate germs. In the team’s tests, it managed to destroy most of the germs in 25mL of water with a bacterial concentration of 1,000,000 per mL within 20 minutes. That’s under a light source that only had visible light without UV, which means the process could be even faster under actual sunlight.

Stanford’s creation has a layer of molybdenum disulfide, commonly used as a dry industrial lubricant, that’s a few atoms thick. When that layer is hit by sunlight, many of its electrons fly out. Both those electrons and the holes they leave behind make chemical reactions possible. It also has a layer of copper that acts as a catalyst to trigger the reaction needed to produce hydrogen peroxide — the disinfectant that does the actual work.

The researchers warn that while it could make lives easier, it’s not capable of removing chemical pollutants. They also have to conduct more tests, because thus far, it’s only been proven to kill three types of bacteria. To ensure people can actually use it in real life situations, the scientists still need to prove that it can clean overly contaminated water with a bigger variation of microorganisms. 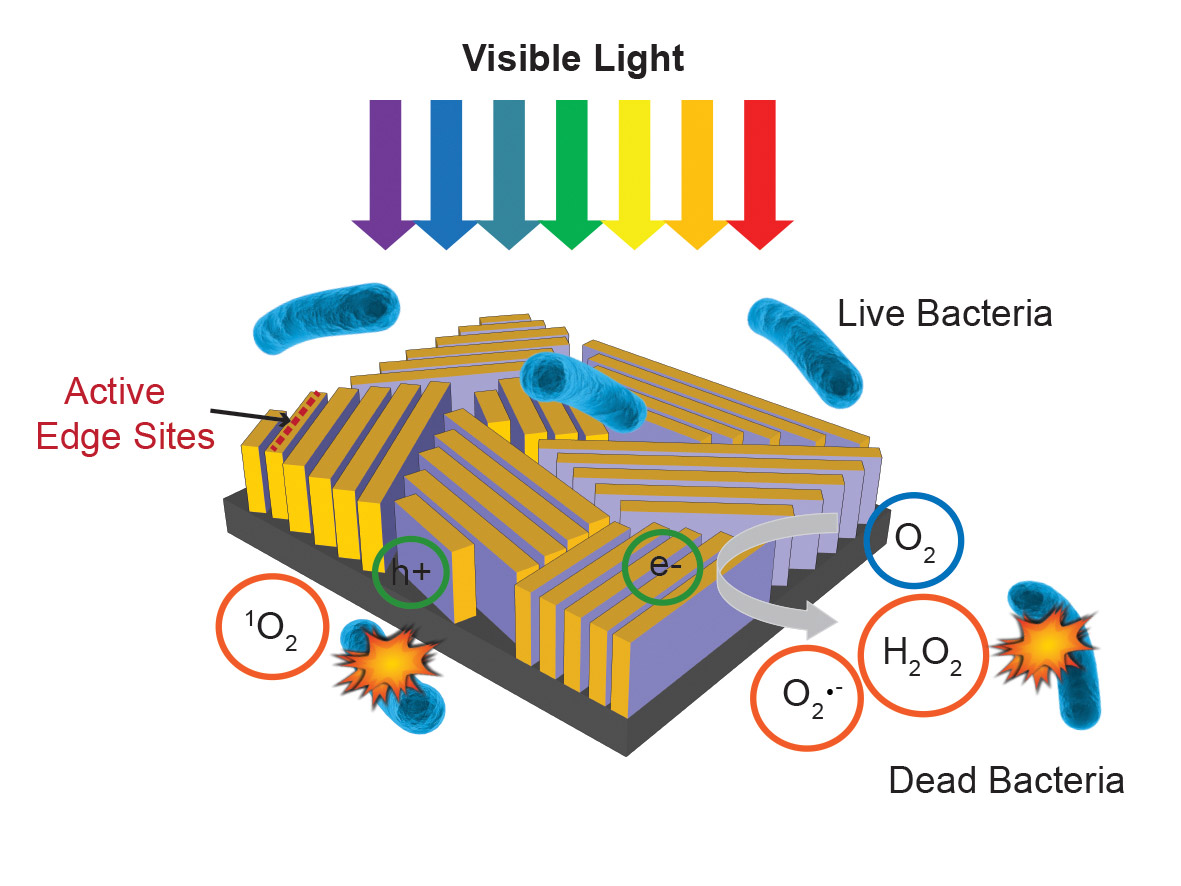 Read more from News
News
← Grover is like Rent the Runway, but for gadget lovers
Apple Seeds Sixth Beta of macOS Sierra to Developers →