Virtual Reality’s main players might be household names (or owned by them), but scratch under the surface, and there’s a bustling bevy of lesser-known names jostling for your attention. Usually these fall into two camps, those with quirky features, or deluxe versions of Google Cardboard. Homido’s first headset was more the latter, with the distinction of having its own app hub for VR movies and games, and IPD (Inter Pupil Distance) controls, something even Gear VR doesn’t have. The French company’s back with a new version (called V2) that’s sleeker and compatible with more phones. What makes it interesting is the “family” of accessories that will complement it, including a Kinect-like motion sensor — making Homido’s little slice of virtual reality more than just a bourgeois take on bare-bones VR.

The good news is, the improved V2 costs the same as the original Homido VR headset. The less good news, if you’re on a budget at least, is that the original cost $80. Not the most expensive mobile VR headset, but still a jump if you were looking to get an upgraded cardboard viewer. The new design promises to be more comfortable, with better ventilation and a more premium feel along with an all-important capacitive button (no more pressing play, then quickly shoving the phone in the viewer). It’ll also support large phones including the iPhone 6s Plus. 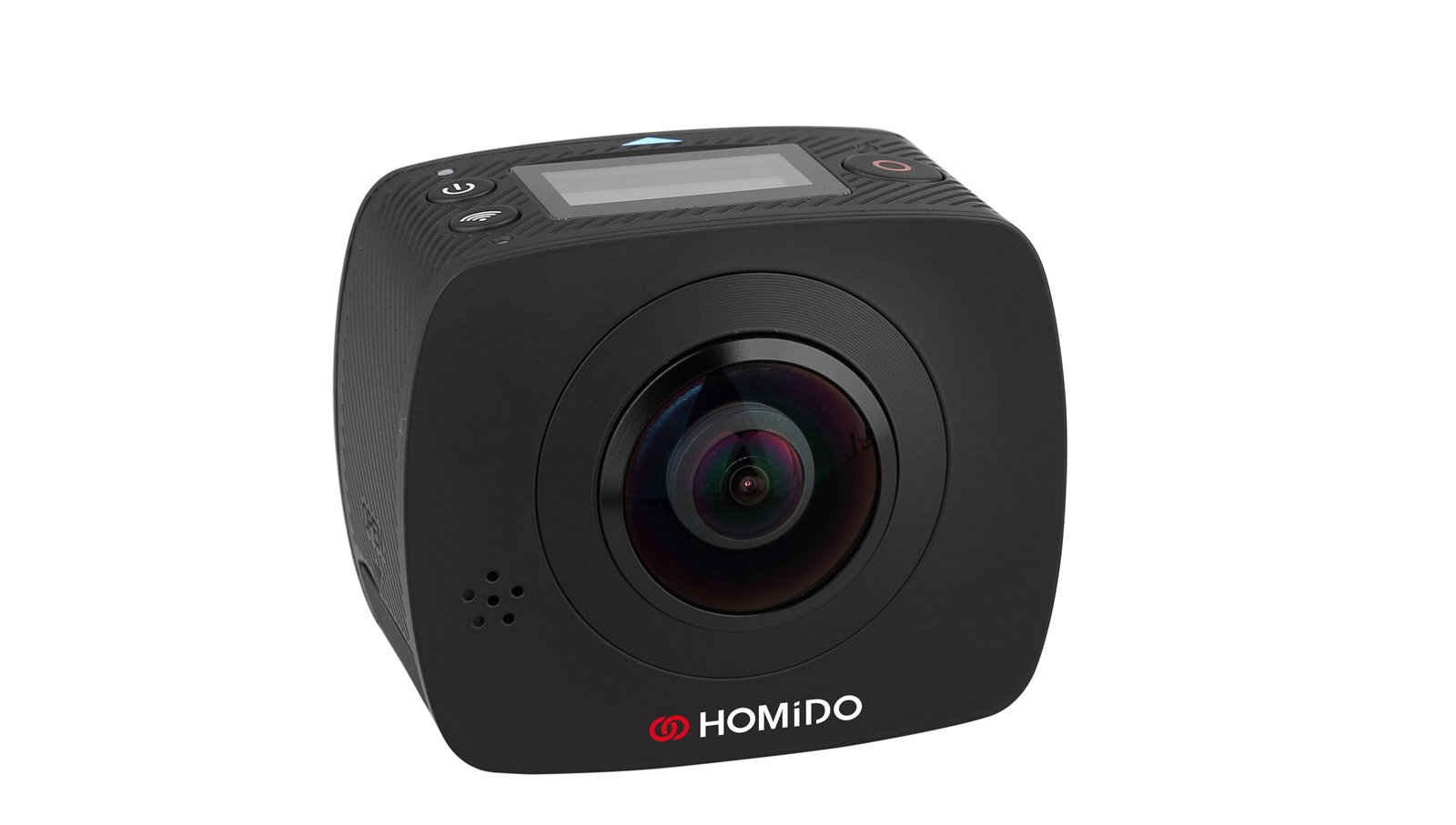 Homido doesn’t want to just be known as a fancy phone holder, though. It’s Homido Center app might not be quite the same as Samsung’s Gear VR in terms of razzle-dazzle software stores, but it’s a start. Despite not having the influence of the Korean giant, CEO Mathieu Parmentier tells me his goal is to offer the best mobile VR experience possible. “We’re the only company to focus this hard on mobile VR and nothing else, and that’s how we’ll stay. We’re specialists.”

Parmentier also argues that making a headset that works well with many phones is actually more of an accomplishment. “It seems simple, no electronics etc., but actually the challenge is much harder than making a Gear [VR] for three Samsung smartphones, without adjustable IPD.”

The reveal of new accessories for the V2 is proof Parmentier wants to make Homido more of an ecosystem. The new additions include a 360-degree camera ($200), Bluetooth game controllers (Android/iOS costing $40/$60 respectively) and an as-yet-to-be-announced motion sensor. The controllers aren’t all that remarkable, but the addition of a 1080p/30fps VR camera plus app for converting videos into a Facebook or YouTube-friendly format (handy in its own right) would make Homido an easy entry introduction to VR video and photos.

As for the motion sensor, less is known. This would be something of a first for a headset at this price, though. Earlier this year, the company demoed it at MWC, allowing users to interact with games physically — like boxing with your fists. Rumours suggested the sensor might debut alongside the V2, but it looks like this might have been delayed. Once it does arrive, though, this would make Homido an unusually complete, if unconventional little VR ecosystem. That said, only the V2 is available now, everything else will follow “soon.”

Read more from News
News
← Web hosting made easy: Get a yearlong subscription to the A2 Hosting Swift plan (88 per cent off)
Pokémon Go goes live in Taiwan, the Philippines, Singapore, and more Asian countries →