An update to Pokémon Go rolled out to iOS and Android devices today, bringing new features to the game along with a few slight shifts in the user interface. One of the biggest new additions is the opportunity for players to customize their avatar (which was previously only allowed when starting the game), giving the chance for added personalization in Pokémon Go.

One of the longest-running gripes surrounding Niantic and The Pokémon Company’s new mobile game was a glitch that suggested all “nearby” Pokémon were three steps away from the player. The intended game mechanic was meant to vaguely point players in the direction of an elusive character, with the steps shrinking to two, one, and eventually none when the Pokémon was nearby. Niantic doesn’t seem to have an exact fix for the three-step glitch as of yet, and has simply removed the footstep counter from the nearby menu altogether.

The developer also took some constructive criticism from gamers and moved the transfer button from the very bottom of a Pokémon’s profile, and it now resides in a circular hamburger menu at the bottom right of the screen. When tapped on, players can choose to favorite the character, or transfer it to receive the candy of that Pokémon. Favorited Pokémon are also now protected from being transferred accidentally. 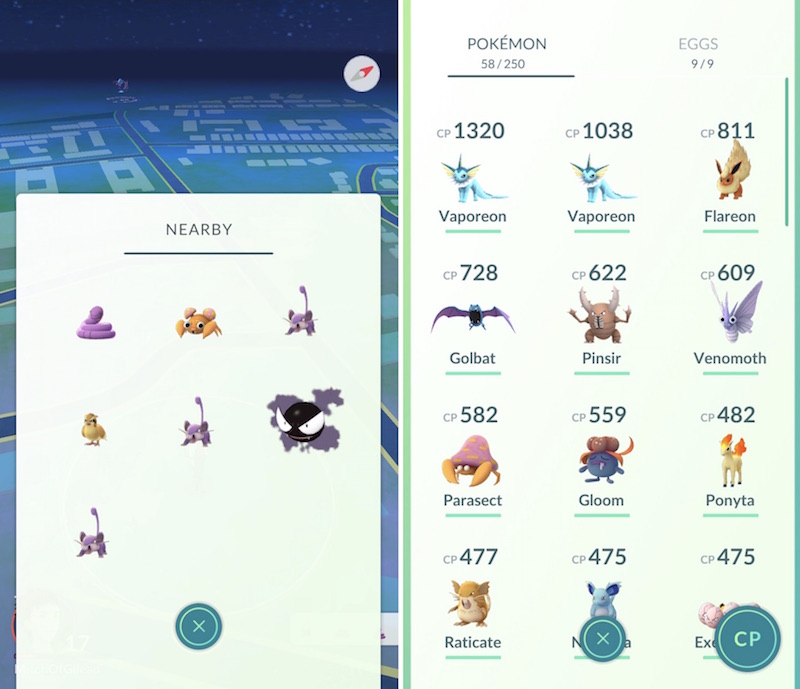 Once inside of the new update for Pokémon Go, users will notice a few other minor tweaks as well. Niantic has changed the font inside some of the game’s menus, making character combat power and names slightly easier to read. The company also tweaked a few of the game’s medals, adjusted the battle damage of some Pokémon, improved the app’s memory issues so it loads quicker, and a handful of other things.

Check out Pokémon Go on the App Store [Direct Link] for the full list of updates in version 1.1.0 of the app.

Previous Coverage: Pokémon Go Set App Store Record for Most Ever Downloads During its First Week of Availability

Tag: Pokémon GO
Discuss this article in our forums