In March, a new bike company known as SpeedX launched a crowdfunding campaign on Kickstarter. The company was looking to raise $50,000 to help launch the first-ever smart aero road bike. Within two hours, the campaign surpassed the initial financing goal, going on to raise over $2.3 million from over 1,200 backers. This made it the most funded bike in Kickstarter’s history.

SpeedX was offering a high-end road bike with better components than brands such as Trek, Cannondale and Cervelo for thousands less. The campaign and product were both intriguing. I was close to becoming a backer myself, but had second thoughts. There was no way this no-name company would be able to deliver the bike on time, let alone deliver a product that lives up to the hype.

I was wrong. The SpeedX Leopard Pro is as elegant as the campaign originally promised. Even more impressive, the company will begin shipping the bike to backers this August.

What are the specs?

Despite the $2,500 price tag, the SpeedX Leopard Pro seems like an incredible value. The frame and fork are made from a mix of T1000 and T800 carbon fiber. The handlebars and seat post are also made from carbon. This makes the bike incredibly light, with a weight of just over 17 pounds. 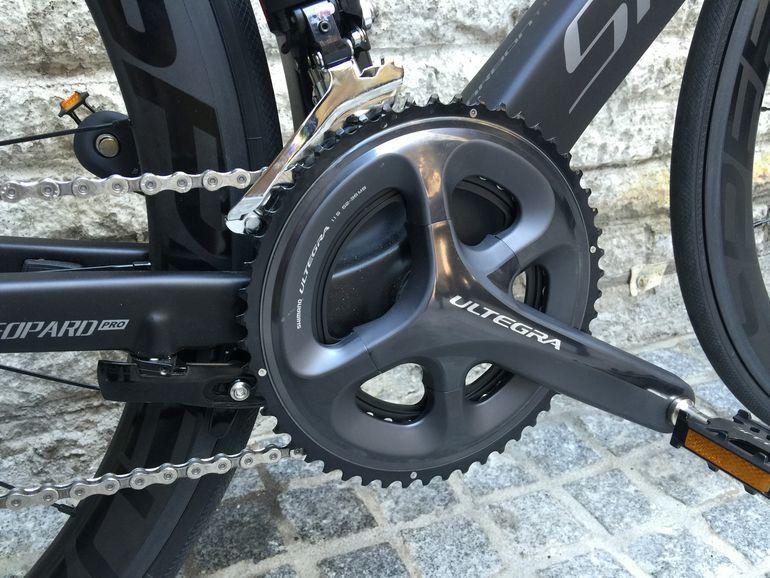 As for the groupset, it’s Shimano Ultegra Di2, which features electronic shifting. My only complaint about the bike is that it lacks disc brakes, which I prefer for better stopping power, although a few commenters were quick to point out that most racing bikes don’t include them.

The more affordable Leopard model swaps out the Ultegra groupset for a Shimano 105 groupset. The handlebars are also aluminum rather than carbon fiber, although the bike still has the same carbon frame as the more expensive model, with a weight of about 19lbs.

I’m a big fan of the overall look of the bike. Both models feature full internal wiring to give them that clean look. There’s also an integrated rear LED light that will automatically turn on when it gets dark, which I thought was a great idea. 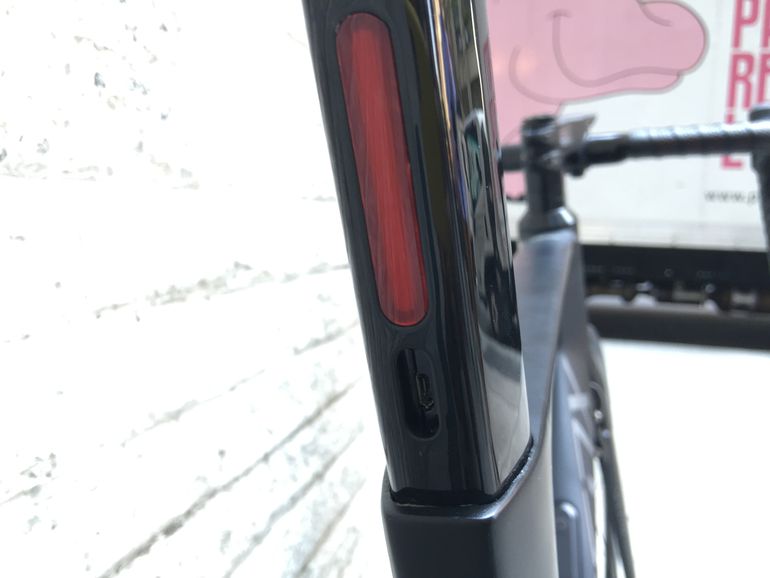 What makes this bike smart?

You may hear the word “smart bike” and assume there’s an electric motor, but that’s not the case. What makes the Leopard smart is the built-in GPS, altimeter and speed sensors, which essentially replaces the need for a separate Garmin or Polar bike computer.

These sensors are used to measure moving time, distance, speed, altitude, cadence, calorie burn and can provide navigation. There’s also Bluetooth and ANT+ built-in for connecting a power meter or heart-rate sensor. All of this data can be viewed in real time on the 2.4-inch color screen, which can also display incoming calls and notifications when your smartphone is connected. 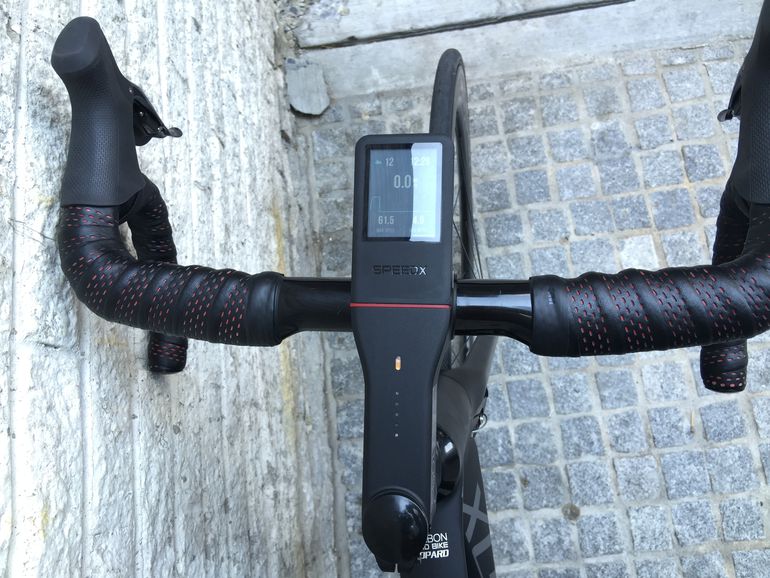 Post-ride data can be viewed in the SpeedX mobile app. In addition to viewing a map of the ride and all of the recorded data, the app is similar to Strava and includes online challenges and leaderboards.

What about battery life?

Yes, the bike has to be charged, but it won’t be very often. The battery, which powers the built-in display, will last up to 40 hours of continuous usage. Charging is done through a small microUSB port on the back of the bike (our model didn’t have a protective flap covering it but the company says the final ones will).

This isn’t the kind of bike you would leave outside, at least not in New York City, and it only takes 30 minutes for a full charge, but it would have been cool if you could charge it simply by pedaling. 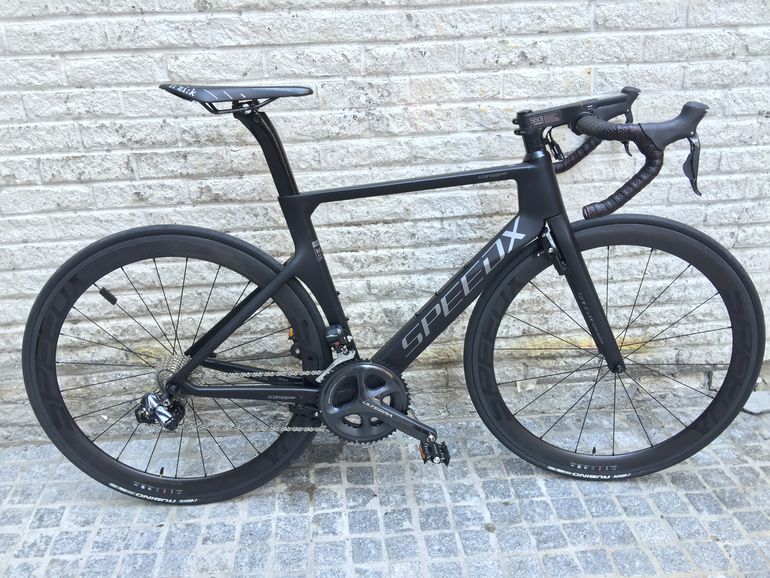 Is it too good to be true?

I didn’t get to ride the bike for an extended period, but I was impressed with the ride in the short time I did spend with it. The electronic shifting was smooth, and it felt as if I could really get some speed on the bike. The seat wasn’t the most comfortable, but that’s pretty standard. While my first impressions were positive, further testing will be needed to make a final conclusion.

My only concern is with the company itself. While SpeedX offers a lifetime warranty on the frame and a 30-day money back guarantee on the entire purchase, this is still a company we know little about. A lifetime warranty could mean only a few months if business were to go south.

The Leopard and Leopard Pro are an incredible value. SpeedX has said it can offer these low prices by cutting out the middleman to deliver high-quality bikes cheaper than the competition, but a part of me wonders if you are better off going with a true and tested bike from a reliable brand.

Only time will tell how SpeedX and the Leopard bikes continue to perform, but it is a company I plan to keep my eye on.