After debuting the fastest high-end and mid-range video cards ever seen, the GTX 1080 and 1070, we expected a lot from NVIDIA’s new lower-tier entry, the $249 GeForce GTX 1060. And the stakes were raised even higher after AMD launched the Radeon RX 480, a $200 GPU that’s fast enough to power VR headsets (and manage some decent 1440p gaming). NVIDIA claims the GTX 1060 is even faster than the GTX 980, its premium video card from 2014. That says quite a bit about how far we’ve come in the GPU world: You no longer have to break the bank for a decent amount of gaming muscle.

As with the GTX 1080 and 1070, I tested the slightly more expensive ($299) Founders Edition of the GTX 1060. While the previous two cards looked practically identical — they’re both beefy 10.5-inch-long dual-slot GPUs — the GTX 1060 is a bit shorter at 9.8 inches. They all share the same elaborate metallic case and fan design, though, along with a premium-feeling build quality. On the back, there are three DisplayPort slots, an HDMI port and a DVI connection.

The GeForce GTX 1060 features clock speeds between 1.5GHz and 1.7GHz (in boost mode), just like the GTX 1070, and there’s also 6GB of GDDR5 RAM. Because of its slightly shorter frame, and the fact that it only needs a 6-pin power connector, the GTX 1060 might be a useful upgrade for people with tight cases and less capable power supplies. If you’re really in that spot, though, maybe just hold out until you can revamp your entire system. Now on to those benchmarks: The GTX 1060 performed pretty much as I expected on my system (which consists of a 4GHz Core i7-4790K CPU, 16GB of 2400Mz DDR3 RAM and a 512GB Crucial MX100 SSD on an ASUS Z97-A motherboard). It’s noticeably slower than the 1070, and slightly faster than the AMD RX 480 with 8GB of RAM. Unfortunately, I didn’t have a GTX 980 that I could use to directly test NVIDIA’s claims about the 1060 being faster, but 3DMark comparisons against similarly specced systems showed that the cards were about as fast.

Average frames-per-second performance in 4K with all graphics set to maximum and NVIDIA HairWorks turned off.

Unsurprisingly, the GTX 1060 isn’t much of a 4K contender. That’s a resolution that even the GTX 1070 struggled with, and honestly I wouldn’t even want to run it on the 1080. Still, it’s worth comparing the GTX 1060’s performance (if only to future-proof our benchmarks a bit). Once again, it’s slightly faster than the RX 480, but that’s kind of a moot point, since both cards delivered unplayable performance. 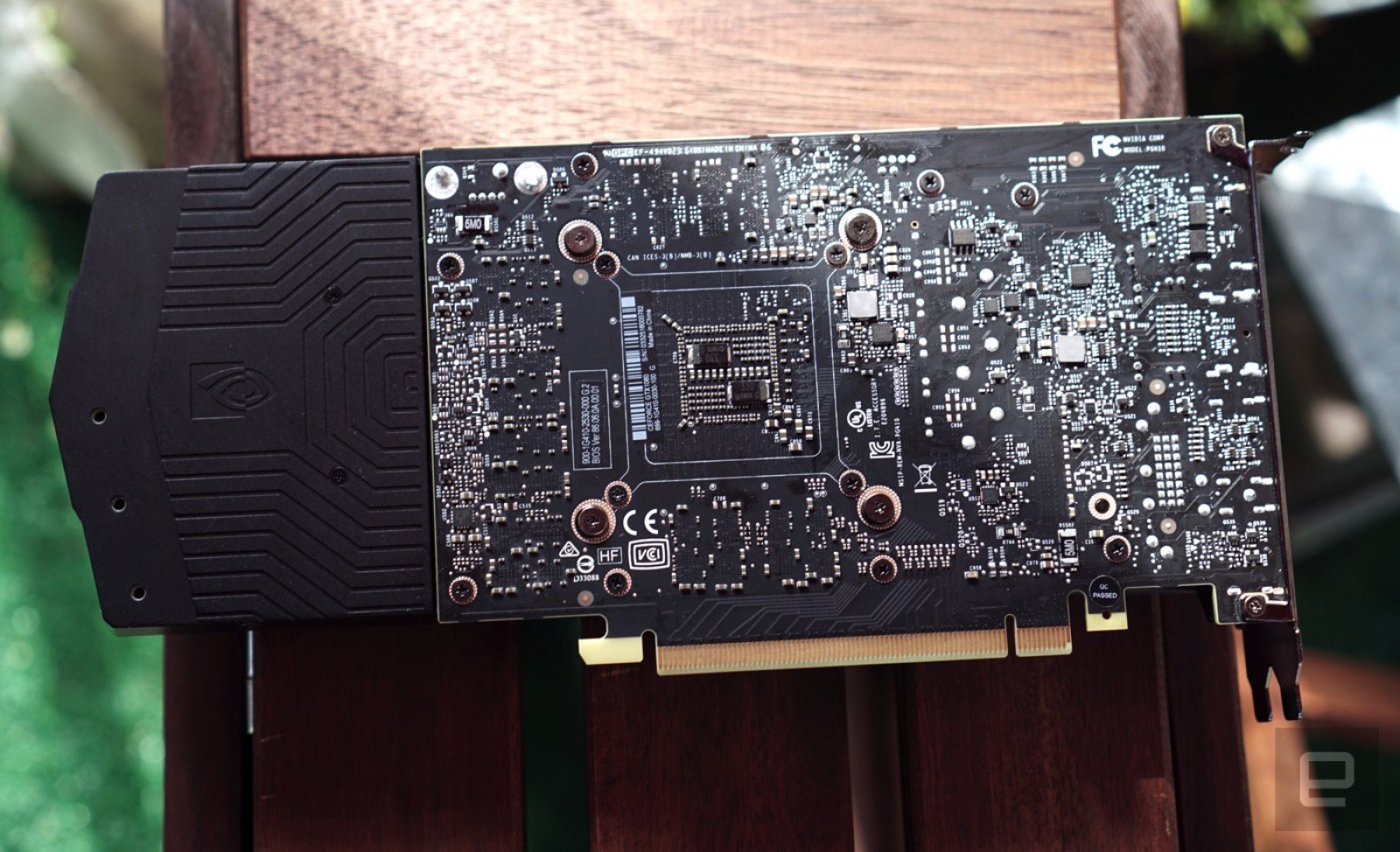 Average frames-per-second performance in 1440p with all graphics set to maximum and NVIDIA HairWorks turned off.

When it comes to 1440p (2,560 by 1,440 pixels), my preferred gaming resolution, the 1060 was about twice as fast as it was in 4K. In some games, like Doom and Overwatch, it even managed to reach 60 frames per second, which is the gold standard for smooth performance. It was about on par with the RX 480, which came as a surprise given the 1060’s slight 3DMark lead.

Naturally, the GTX 1060 had no problems reaching 60 fps and beyond at 1080p in just about every game I threw at it. Given the amount of power it holds, that’s no surprise. It also delivered a smooth VR experience with both the Oculus Rift and HTC Vive. There were no signs of slowdown either as I flew around space in Eve: Valkyrie or had shootouts in Hover Junkers.

While the 1060 generally outpaced AMD’s $240 RX 480 (8GB RAM version), it would likely perform similarly against the $200 RX 480 (4GB RAM) variant. Benchmarks comparing the 4GB and 8GB RAM versions of AMD’s card show very little difference between the two. So if you’re looking for the most bang for your buck, the RX 480 is still your best bet. You can also add in another RX 480 down the line for even more performance, whereas NVIDIA has removed its multi-card technology (SLI) from the GTX 1060 entirely. And if the RX 480 doesn’t cut it for you, it’s probably worth saving up and getting a GTX 1070 instead of NVIDIA’s budget GPU. GTX 1070 cards retail for around $379, and they’ll offer significantly better performance than the GTX 1060. The 1070 also supports SLI, so you can throw in another card in a year or two as games become more demanding.

Overall, the GTX 1060 is exactly what NVIDIA needed to compete against AMD’s revolutionary RX 480. But its pricing makes it a tough sell, since the 480 is a better deal and NVIDIA’s own GTX 1070 isn’t that much more expensive. Once GTX 1060 cards come down in price, though, they’ll become much more compelling.