The Olympics are starting in a little over a month and Comcast has devised a way to watch pretty much every minute of them. Xfinity X1 customers — roughly half of Comcast’s user base — will have access to a special “Front Row to Rio” portal through which they’ll be able to watch live content from both NBC-affiliated networks and internet streams. But that’s just the start.

The Road to Rio homepage is accessible through the main menu that X1 customers already use. You can find live events to watch directly from there or you can search by athlete, sport and nation. What’s more, you’ll be able to add these people, teams and countries to a favorites list so you can more easily keep track of them — not unlike a browser bookmark. Conversely, if you’re just casually following the games and want to see nothing but the highlights, the platform will push “Must See Moments” notifications throughout the day whenever a marquee event is happening. You’ll have to opt in for this feature, either through the NBC Sports App or through the Rio portal. 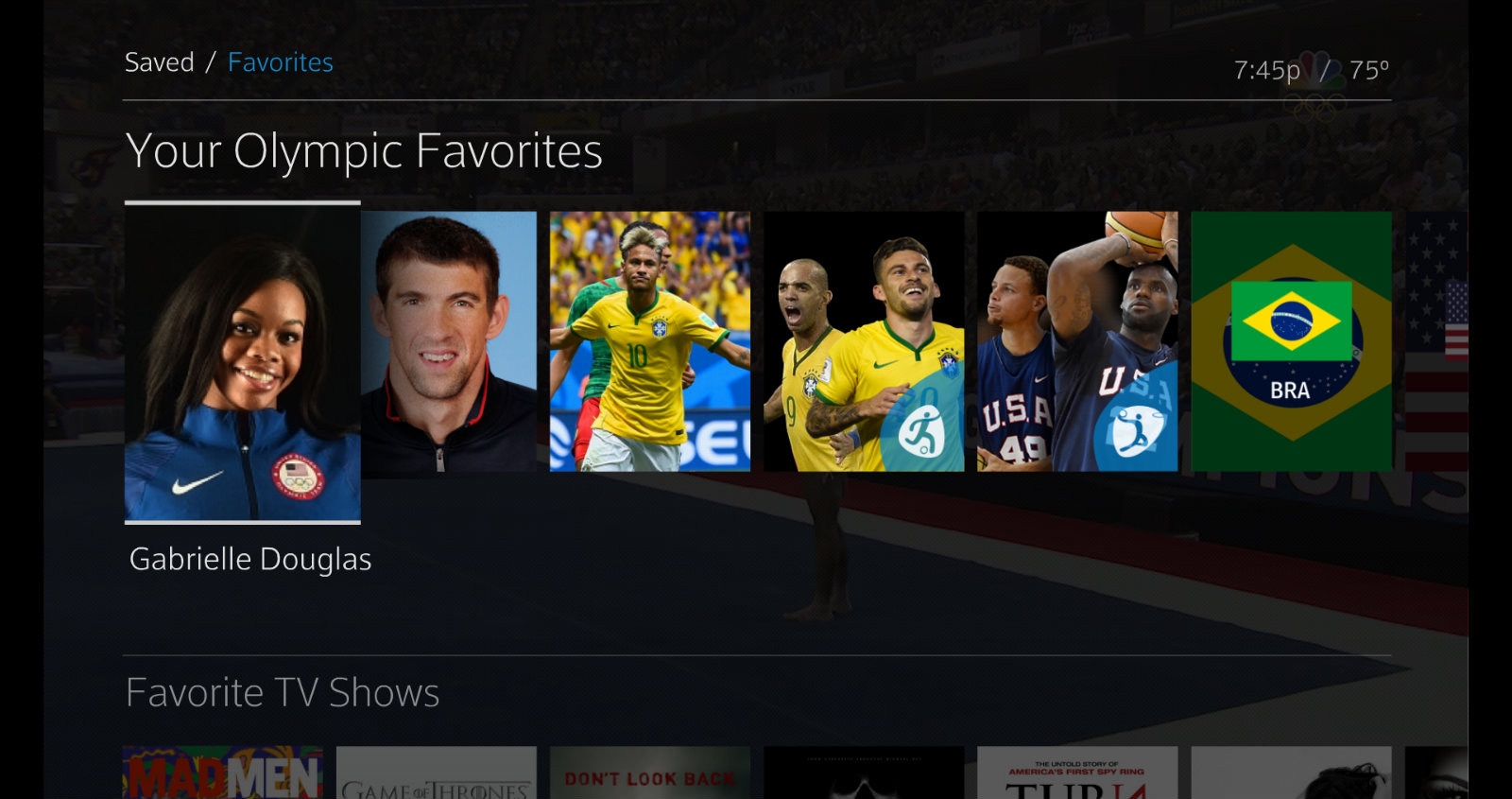 Comcast isn’t just providing an easier way to find the events you want to follow — it’s also giving viewers slews of information about what is happening onscreen. Comcast’s development team combed through millions of pieces of data about the games and their participants and integrated it into the broadcast. Users can instantly pull up leaderboards, gold medal counts, athlete trivia and a host of other informational tidbits. These will display on screen next to the broadcast. I’m not sure why they wouldn’t just push that stuff to your mobile device so you don’t have to split the screen, but that’s how it is.

So, say you’re watching Gabby Douglas performing her floor routine. With X1, you’ll be able to pull up a submenu with details about her and links to video clips of her past performances. Or if you’re not feeling the floor routine, you can switch over to the live stream of another gymnastics event — like the balance beam or uneven bars. These live streams come through the NBC Sports app so they won’t be as polished and produced as what the network proper carries, but it’s still better than not seeing them at all. And, if you miss an event entirely, don’t freak out. Every episode of the NBC and Telemundo Primetime Shows will be available on Xfinity On Demand the next day.

With Telemundo and NBC working hand-in-hand on these broadcasts, Comcast customers will have some flexibility in which language they hear when they watch. That is, NBC’s English broadcast will be mirrored on Telemundo in Spanish throughout the games. What’s more, viewers can use the voice search function on the Xfinity remote in either language (or a mix of them, a Comcast rep told me). And for blind and visually impaired subscribers, Xfinity is providing live video description for every episode of the primetime show.

Read more from News
News, sports
← Verizon is reportedly close to buying Yahoo for $5 billion
Eye tracking software can gauge your intent and boredom in VR →