Discovering and resurfacing older photos and videos using the Photos app on an iOS device prior to iOS 10 was almost non-existent. You could narrow down images by date or albums if you took the time to manually sort your gallery. Truth be told, Google Photos was far superior to Apple’s Photos app.

With iOS 10, however, Apple added some smarts combined with new tricks to the Photos app and the end result is something that’s as fun as it is impressive to use.

When you first open the Albums tab in the Photos app, you’ll find a new tile view displaying thumbnails for each album. Additionally, you’ll also find you now have two new albums: People and Places.

Each album contains photos and videos organized by the faces or location information contained in each item. Opening the People album allows you to do some pretty cool things. 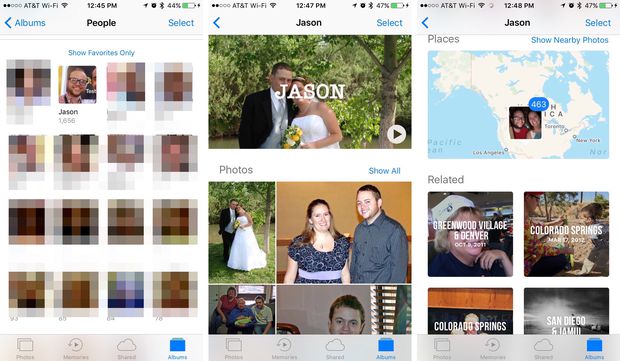 When you first open the People album, you’ll see a grid of faces of people commonly found in your photos. You can drag and drop people to the favorites section at the top, as well as add, hide or merge photos containing the same person.

Tap on a thumbnail to view more photos of that person, add a name (at the top of the screen) and approve or deny other potential matches. Or you can play a video curated by iOS containing photos and videos of the person you’re currently looking at — all in all, this is a fun aspect of Photos that will surely get better over time and lead to discovering some old memories you all but forgot about.

Right now it seems the People section doesn’t sync between iOS devices, as any people I have merged and added a name to on my iPhone 6S have yet to sync to my iPad Pro. Hopefully that’s something that will be added before the official launch of iOS 10 this fall. 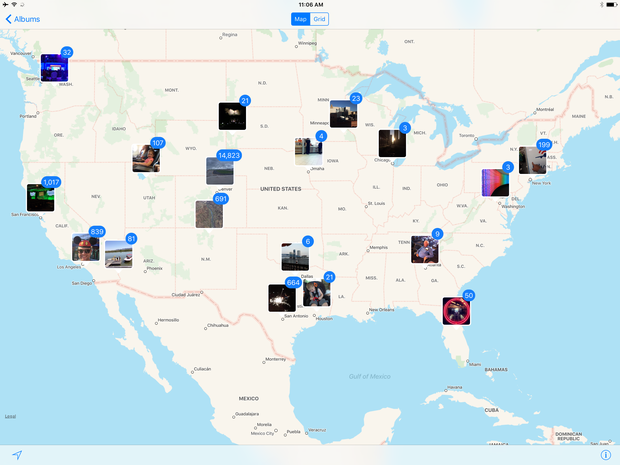 The Places album houses a map of your photos, which you can zoom in or out on to view exactly where you recorded a video or snapped a picture on your last trip. 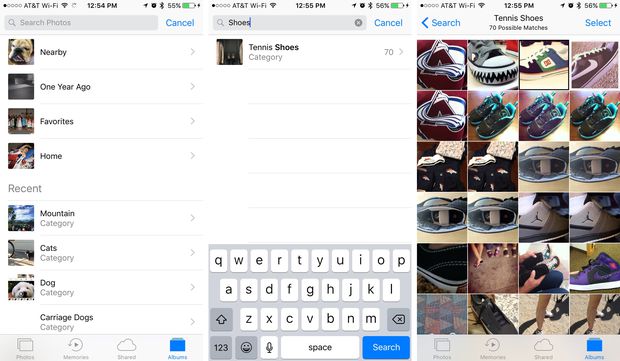 Previously, you could perform basic searches based off dates or places in the Photos app. With iOS 10, you can now search for specific items in a photo. According to Apple, each photo undergoes 11 billion computations in order to identify just what a photo contains.

For example, say you remember winning a trophy at the company holiday party and want to show it off but have no idea what party or exactly when it happened. Tap on the search icon, type “Trophy” and wait for Photos to show you what it found. (This is a real-life example, and something I didn’t think Photos would find, but it did and it was amazing.)

You can search for other items such as mountains, dogs, cats, beach, theme park. Photos indexes thousands of different times. Try it after you install iOS 10, it’s fun to test just what Photos can find in your library. 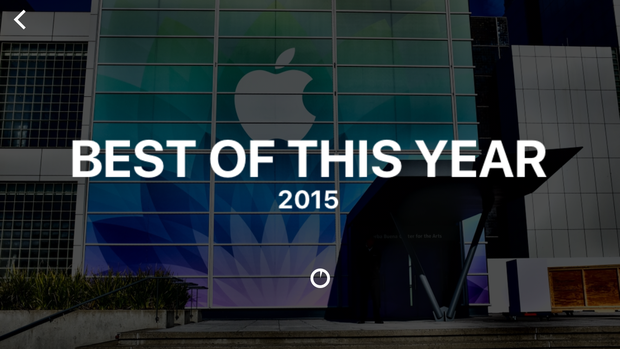 A Memory created by Photos on iOS 10 is downloaded before being watched.

A new tab along the bottom of the Photos app called Memories is part slideshow creator and Timehop-style memory surfacer.

Selecting the Memories tab will show you several different curated, well, memories. Each one is built around a specific time period or location.

You’re likely to find a memory created for your family vacation last summer, or another one showing you what happened “On This Day” several years ago (assuming your library is that old). 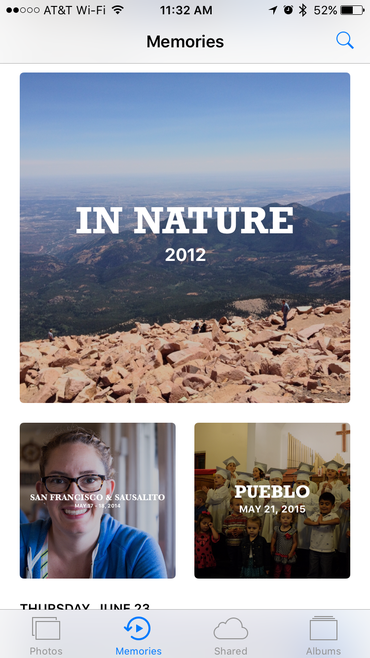 Opening a memory will give you the option to play a video, automatically created on your behalf. You can also scroll through photos and videos the Photos app based the memory off of.

After watching the memory, you can tailor it to your liking. You can change the length, add or remove photos and videos, change the music, customize the title and so on.

Once you’re done, you can save it as a favorite memory (thus creating a new album in the Albums tab for quick access), and share it across social networks, Mail, Messages or wherever else you find yourself sharing things. 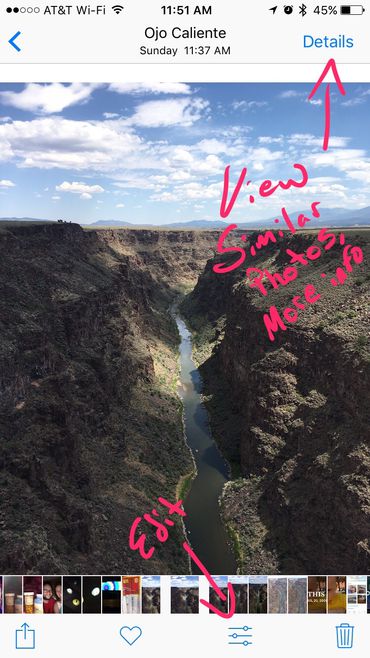 There are small design tweaks throughout the Photos app in iOS 10. Gone is the aptly titled Edit button, having been replaced with an icon consistent of sliders. Tapping on the Details button when viewing a photo now shows a map you where the photo was taken, related Memories, and the option to view more photos from that specific day.