Federal authorities have just released a set of recommended guidelines to define the minimum technical requirements that law enforcement agencies expect from smart guns. The proposed baseline specs cover just pistols for now, and are open for public input from now till September 13.

The biggest difference that the proposed smart gun would have from regular firearms is the addition of a so-called “security device.” This is designed to prevent unauthorized use by disabling the firing system unless when in control of identified users, and has to meet an exhaustive list of requirements (at least, in this draft proposal).

The security device is to be a permanent part of the pistol, but can include externally worn items such as rings, wristbands or tokens. More than one person can be programmed to operate the gun, and the security device must not alter the normal operation of grasping and firing the pistol, nor increase the time needed to grab, draw from a holster and fire the weapon.

If electromagnetic interference may affect the security device, countermeasure detection tech must also be installed to allow the user to fire the gun “when an attempt to block the authorization process is detected.” 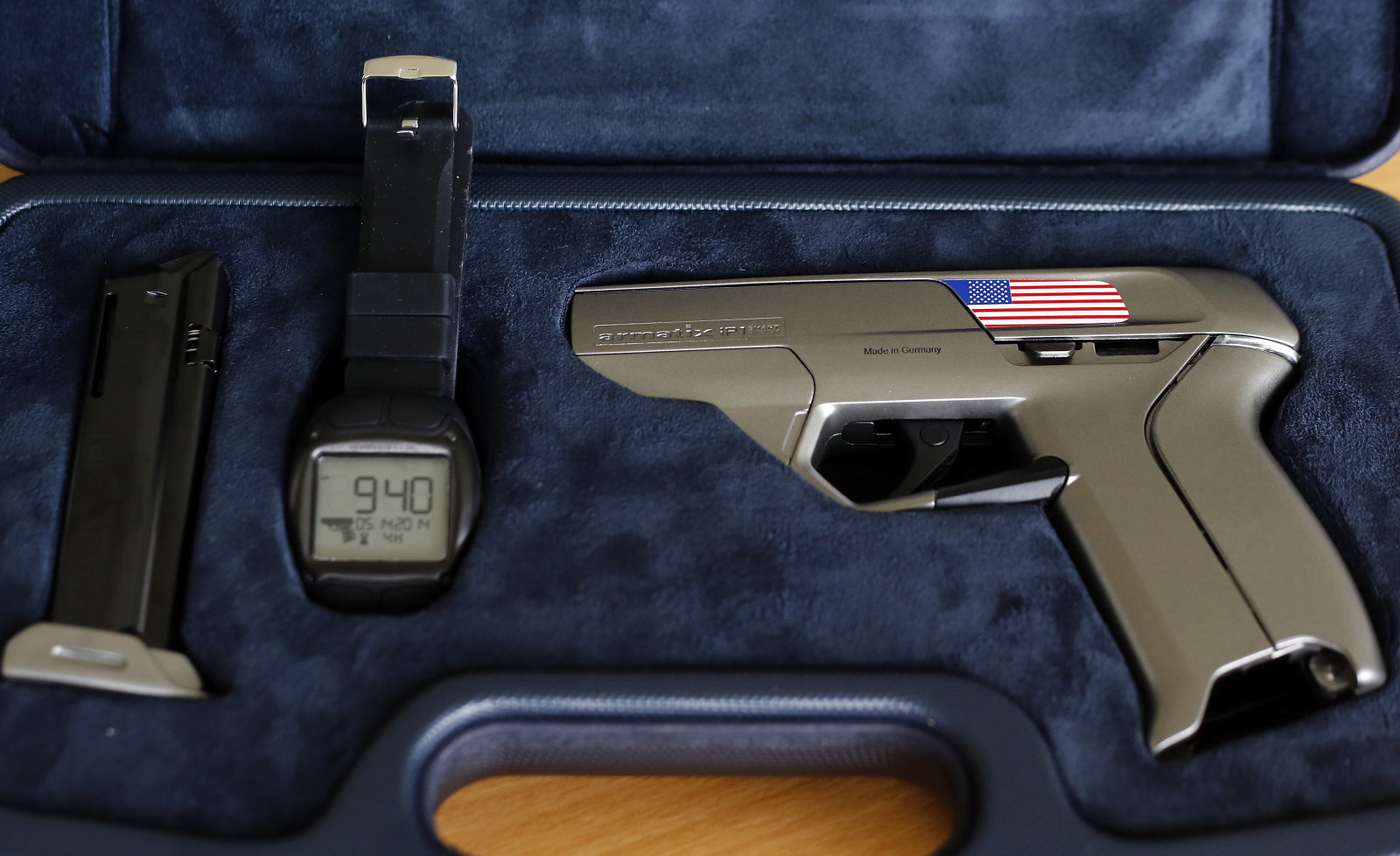 Although the proposed requirements seem pretty comprehensive, plenty of loopholes could arise, especially in case of interference or malfunction. This is why the public input stage is important, and the NIJ is soliciting input from people ranging from advocates and academics to entrepreneurs.

In August, the National Institute of Justice (NIJ) will hold a two-day “convening of federal, state and local law enforcement agencies” to review and discuss the proposed specs. After that, the Department of Justic and Department of Homeland Security will revise the guidelines before finalizing the document for publication.

After publication, the specs are meant to provide guidance to the private industry for manufacturers to develop weapons that meet law enforcers’ needs. The document is not a mandate that individuals or law enforcement agencies must use the new technology when it’s developed. Still, it’s nice to see the authorities make strides towards President Obama’s goal of developing advanced gun safety technology.