Honeywell’s WiFi water and freeze detector has restored my calm 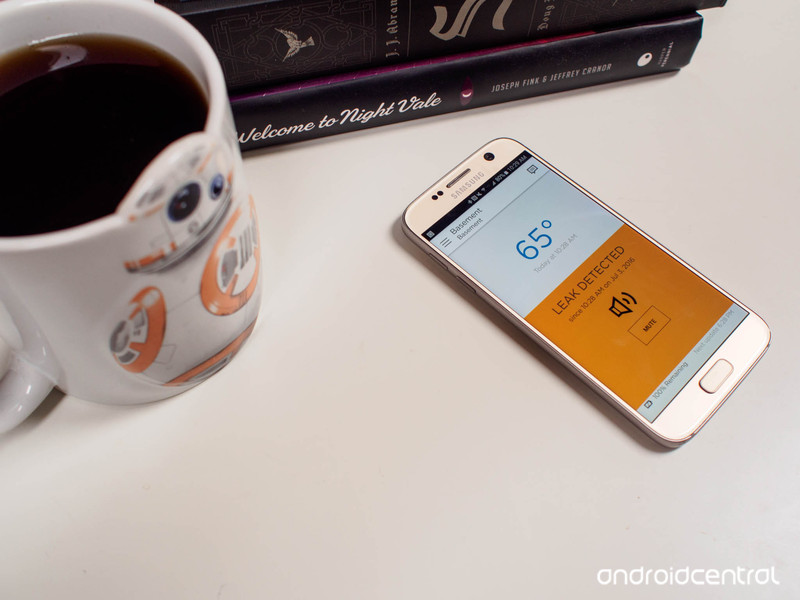 I probably care way too much about this, but it’s still a great tool to have.

Mere weeks after buying our first house, which had a really nice finished basement that I decided should totally be our bedroom, a foot of water moved in for a little while. Four years and thousands of dollars in repairs later, I still keep a close eye on the weather report every day and am still a little paranoid about water coming into the house. We have water sensors, super-absorptive sandbag-looking things, and an array of dehumidifiers scattered about to make sure everything is fine.

Despite having created a home with lots of connected tech everywhere, including smart lighting and smart locks and a nice security system, all of our water-monitoring and -fighting tools are fairly low tech. There’s a real simple reason for this — they work, and I’m not about to let the Internet of Shit lead to another ruined bedroom. When Honeywell reached out to tell Android Central about their connected water leak and freeze detector, I decided it was time to take a look and see how exactly adding WiFi to my setup would improve anything.

Holy crap, am I glad I did.

Water leak sensors are, for the most part, all the same. There’s a pair of silver bumps that stick out of the bottom of the casing, and when water touches both bumps a circuit is completed and an alarm sounds. You go take a look, see a puddle, and a small problem is usually stopped from becoming a big problem. This is great as long as you’re at home or within earshot of the alarm — and goodness can these suckers get loud — but in any other situation there’s no way of knowing a problem has occurred. Honeywell’s sensor is WiFi-enabled and uses an app on your phone to let you know when something has happened.

You pop three AA batteries in this box, use the app to connect the box to your WiFi network, and Honeywell says those batteries will power this box for up to three years on the default settings. There’s also a 3-foot sensor cable if you need a water sensor in an unusual place, and the whole cable is the moisture sensor. So, right away the biggest thing you gain by adding WiFi is a remote way of letting you know when there’s a water problem.

In many ways this is exactly what a connected home gadget is supposed to be.

Honeywell’s box goes above and beyond water detection, and this is where having a connected sensor gets useful. The sensors in the box also let you know the temperature and humidity of the area you have the box in, letting you know if there’s a risk of freezing or if the moisture in the air is too high and could lead to other problems. Both temperature and humidity are measures over time and store in the app, which offers you a chart for both that you can use to see what is happening in that room all the time and not just when water has come in contact with the box.

For $100, Honeywell’s sensor is unlikely to replace every moisture sensor in your home if you’re using more than one or two, but this is an incredible asset for homeowners with problem areas. By offering a remote connection to the house and providing data over time it becomes much easier to gain the information needed to act on more than just the obvious problem sitting in front of you when there’s a puddle of water. In many ways this is exactly what a connected home gadget is supposed to be, something you set up once and treat like a “dumb” tool while it works in the background to make your life a little easier. For me in particular, it’s an amazing way to add some much needed calm to what is otherwise a serious water-based anxiety.