Well, that was quick. A week after Bloomberg reported that Twitter was getting ready to relax its rules for what counts against your 140-character limit, the company is confirming the move today. Soon, photos and video won’t be included in that tally, freeing up more space for those witty quips. What’s more, usernames in replies won’t count against the limit either, and you’ll be able to retweet or quote your own posts. You know, just in case you need to remind everyone of that hot take you had a few months back. 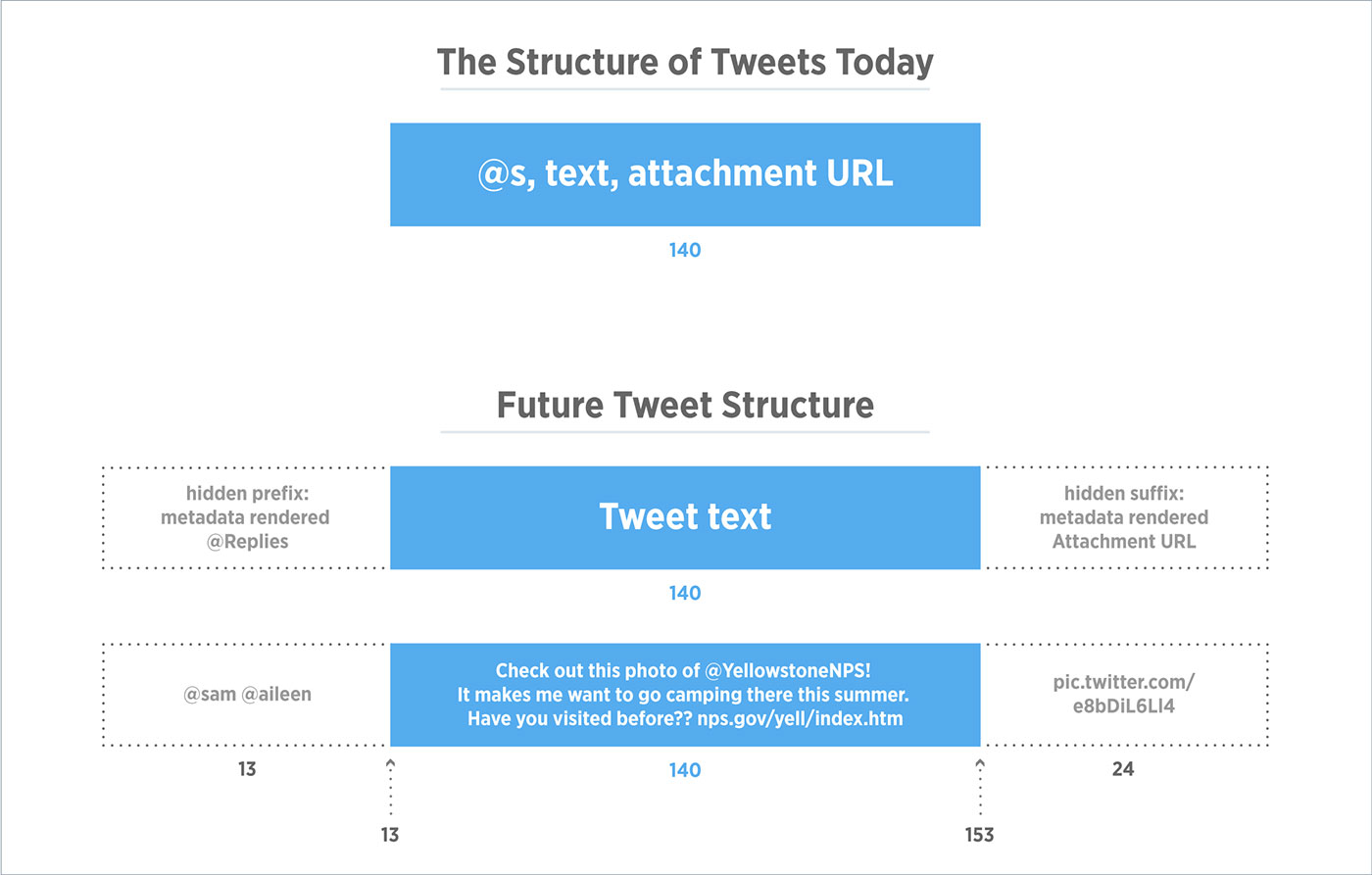 When sending a tweet to someone you want all of your followers to see, you’ll no longer need to include a period or some other punctuation in front of their username. With the changes to the character limits, all tweets that begin with a Twitter handle will be seen by everyone who follows you by default. Despite the rumblings last week, regular ol’ links still count towards that 140-character allotment. CEO Jack Dorsey explained that these changes are the latest in an attempt to make the social network “simpler.”

Twitter has been busy adding new features over the past few months in an effort to attract new users. For example, there’s Moments that serves up a collection of items you might have missed and retooled DMs. Rumors of Facebook-like algorithmic timeline seem to have been exaggerated, but that doesn’t mean there won’t be more changes in the months to come. Unfortunately, there’s no definitive timeline for this new tweet structure to go live as the company says it’ll be available “in the coming months” across the web, TweetDeck and both mobile and desktop apps.