Google and Qualcomm put Android Auto in charge of this Maserati

It’s not often you get to sit in a Maserati. And I never thought I’d get the chance at a developer conference, of all places. But here at I/O, Google and Qualcomm have outfitted a Maserati with an entirely unique Android Auto setup. Just like a Tesla, this vehicle has a massive 4K touchscreen in place of a typical console, and there’s another 720p display where the speedometer typically sits.

But instead of Android Auto running only when you hook up your phone to the car, everything in this vehicle is controlled by Google’s OS. For once, in other words, Android Auto doesn’t have to compete with your automaker’s terrible stock interface. While I’m not yet convinced that a touchscreen is the best option for controlling things like the car’s climate, it’s still interesting to see just how much of the vehicle can be taken over by Android.

Functionally, what makes this car notable is that it’s running Android N and is able to display information across three functional areas. The large, vertically-oriented touchscreen can be split into different panes. The lower half always shows your “current” activity, while the top half is a rotating set of cards that show your recent activity. So if you’re playing music and then go to start a phone call, the music widget will move to the top so you can easily access it again later. 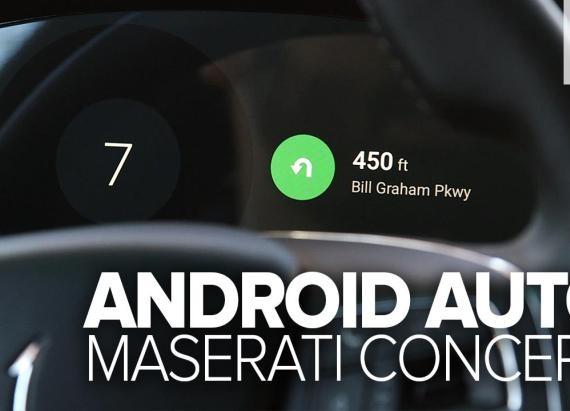 The minimalist “dashboard” displays a faux-speedometer and fuel gauge on the left, while the right side is reserved for notifications and data from Android. Again, it typically shows your most recent or relevant activity; if you’re using navigation, it’ll show your next turn, for example. But if something changes in another app, you’ll get a subtle notification that slides in from the right to alert you. (It’s similar to a new notification in Android Wear 2.0, if you’re keeping track.)

If you skip to the next song in a playlist, Google Play Music will slide in with the new track info before receding into the background. If someone calls you, their contact picture and name will show up until you answer. It’s weird to imagine your car having a notification center, but it seems like a smart way of organizing all of Android Auto’s various features.

Speaking of the sort, Android Auto’s core features remain the same. You can use your voice to make phone calls, request navigation directions, play music and ask Google various questions. It integrates with a semi-limited set of third-party apps and is generally meant to let you access specific tools or info from your phone without having to take your hands off the steering wheel. 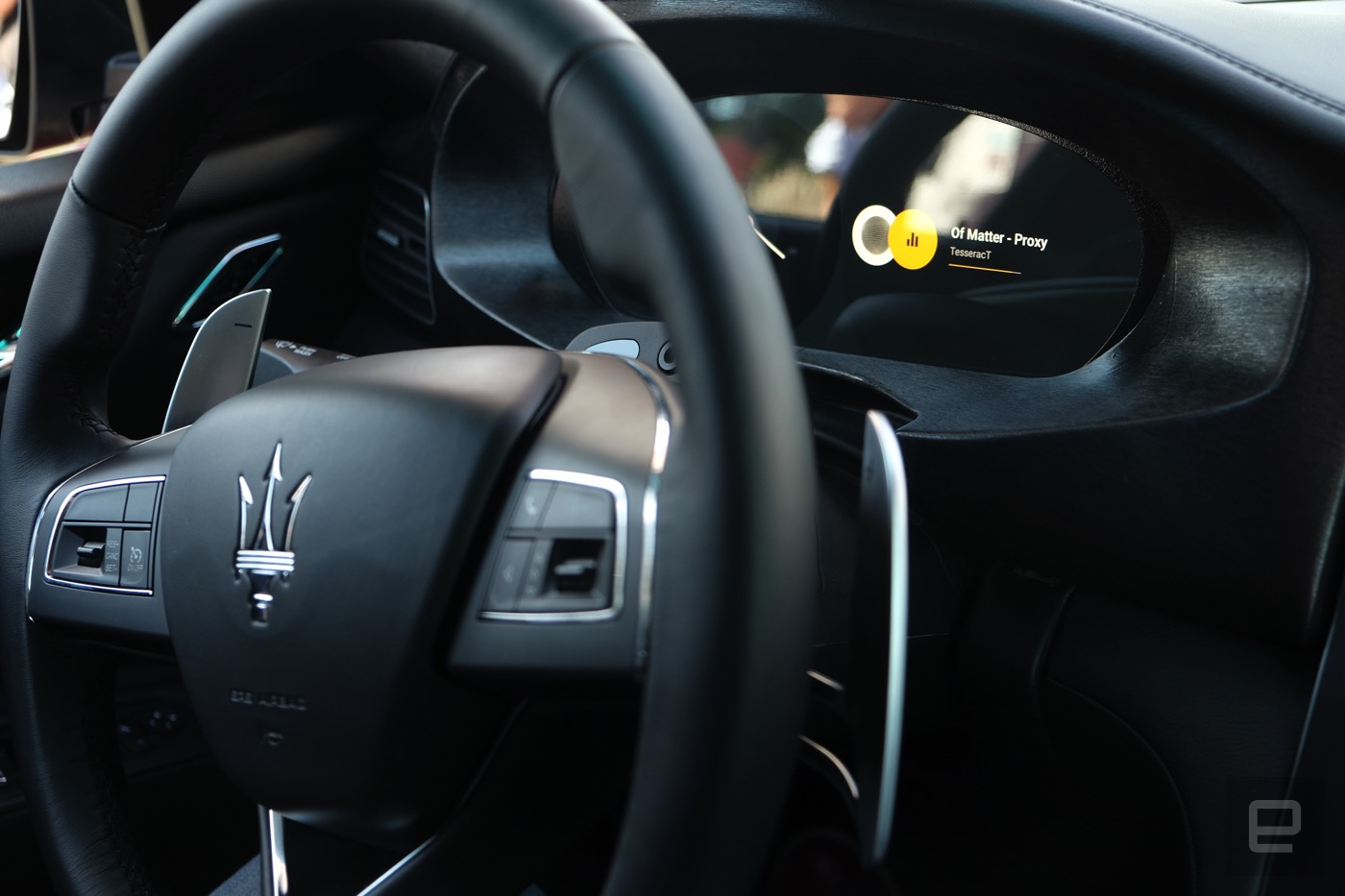 But this version of Android is also good enough to handle features that are typically left to the auto manufacturer. For instance, you can adjust the climate controls, power windows and door looks with the Android interface — something you normally can’t do in other cars. If you’ve spent time dealing with the horrible interfaces that dominate most cars, this is a tempting concept — putting aside the question of how safe it is to have a touchscreen be the only interface element in your car besides a few steering wheel buttons.

Don’t get your hopes up to see a car with this system anytime soon, though: This was strictly an exercise for Google and Qualcomm to see what they could do using the Maserati as a blank canvas. Automakers are likely going to resist letting technology companies take over their dashboards for the near future, but it’s still fun to imagine what it would be like if your entire car ran Android.

For all the latest news and updates from Google I/O 2016, follow along here. 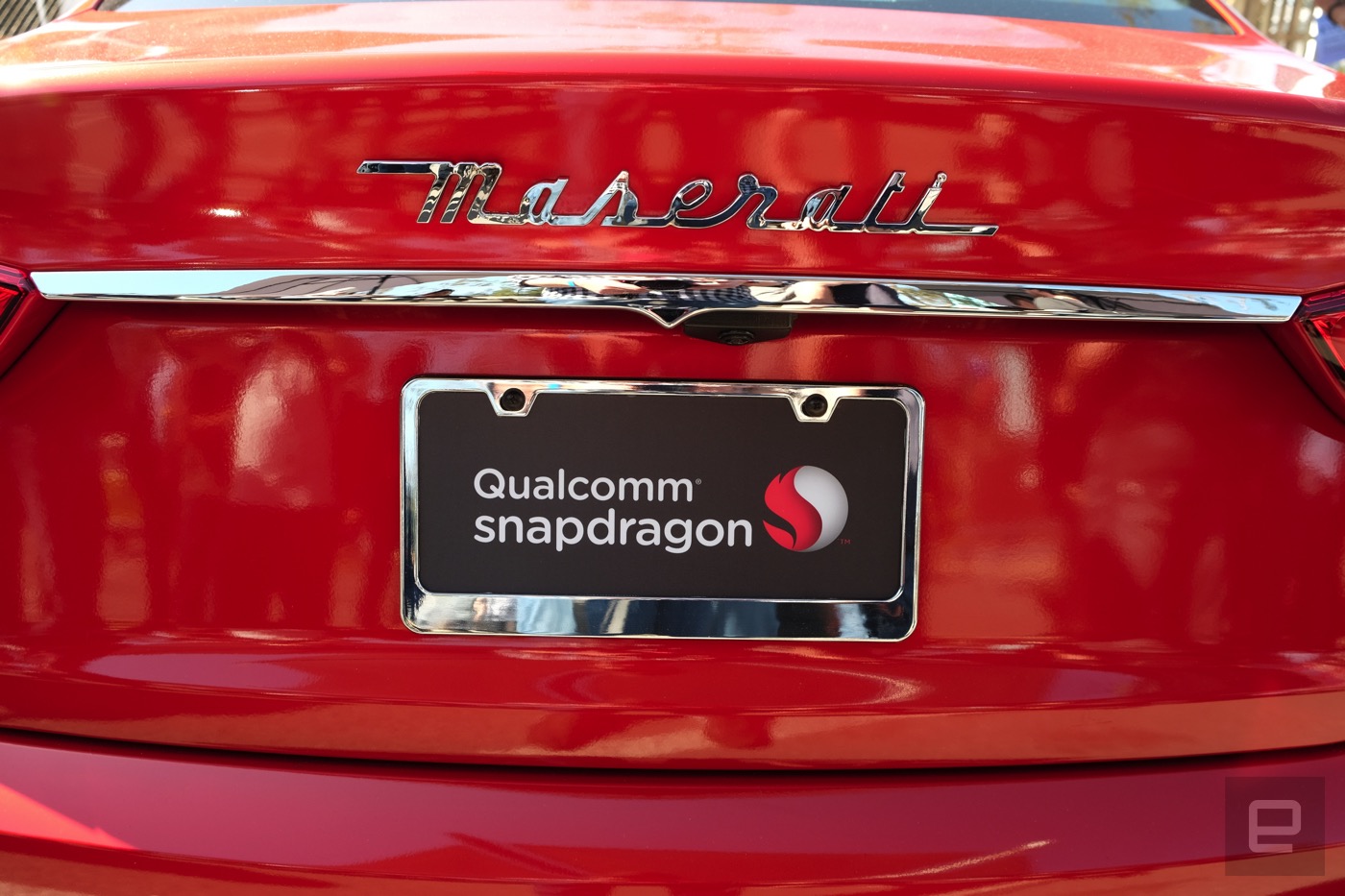 Read more from News
Google, News
← Xiaomi will launch its first drone on May 25th
Harvard’s RoboBee uses static to stick to surfaces →