YouTube for iOS has been updated today with Google Cardboard support, allowing for all videos to be watched in VR mode on iPhone. The functionality was previously limited to the YouTube app on Android smartphones since November 2015.

To activate Cardboard mode, tap on the three circles in the top-right corner of a video and select the Cardboard icon. The video will then switch to an immersive VR experience, even if it was not originally filmed in a full 360 degrees. 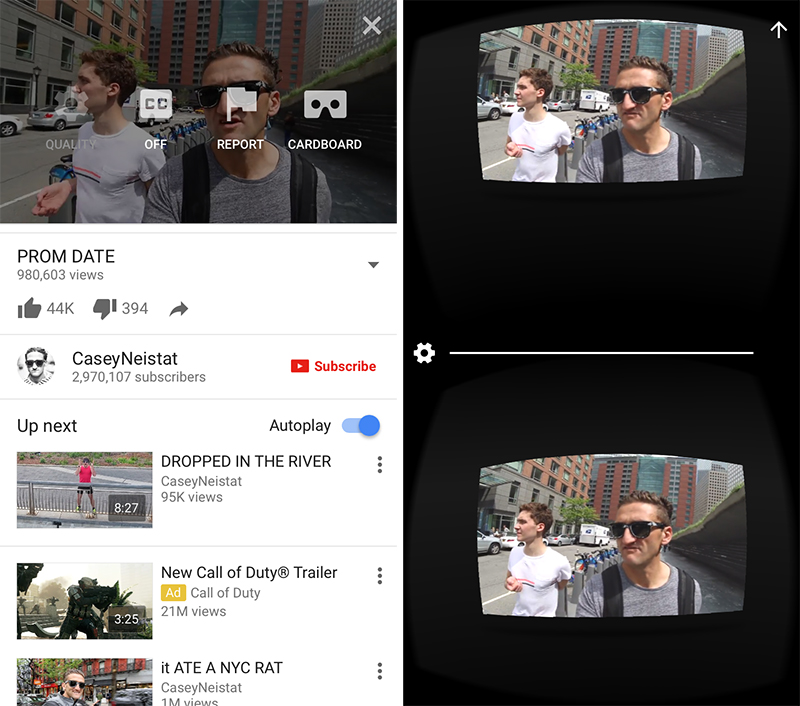 YouTube for iOS is a free download on the App Store [Direct Link]. The app is now at version 11.18.

Tags: YouTube, Google Cardboard
Discuss this article in our forums