Tonight at NVIDIA’s event in Texas, the company showed off some new tools that should help developers make VR experiences even more realistic. CEO Jen-Hsun Huang said its VR Works suite of APIs is getting a “major” upgrade, with the ability to connect haptic controllers to its Physx physics engine for more realistic feedback, and the “world’s first real time physically modeled acoustic simulator.” As he described it, the audio engine works on top of the optics API to help it match what you can see. “ 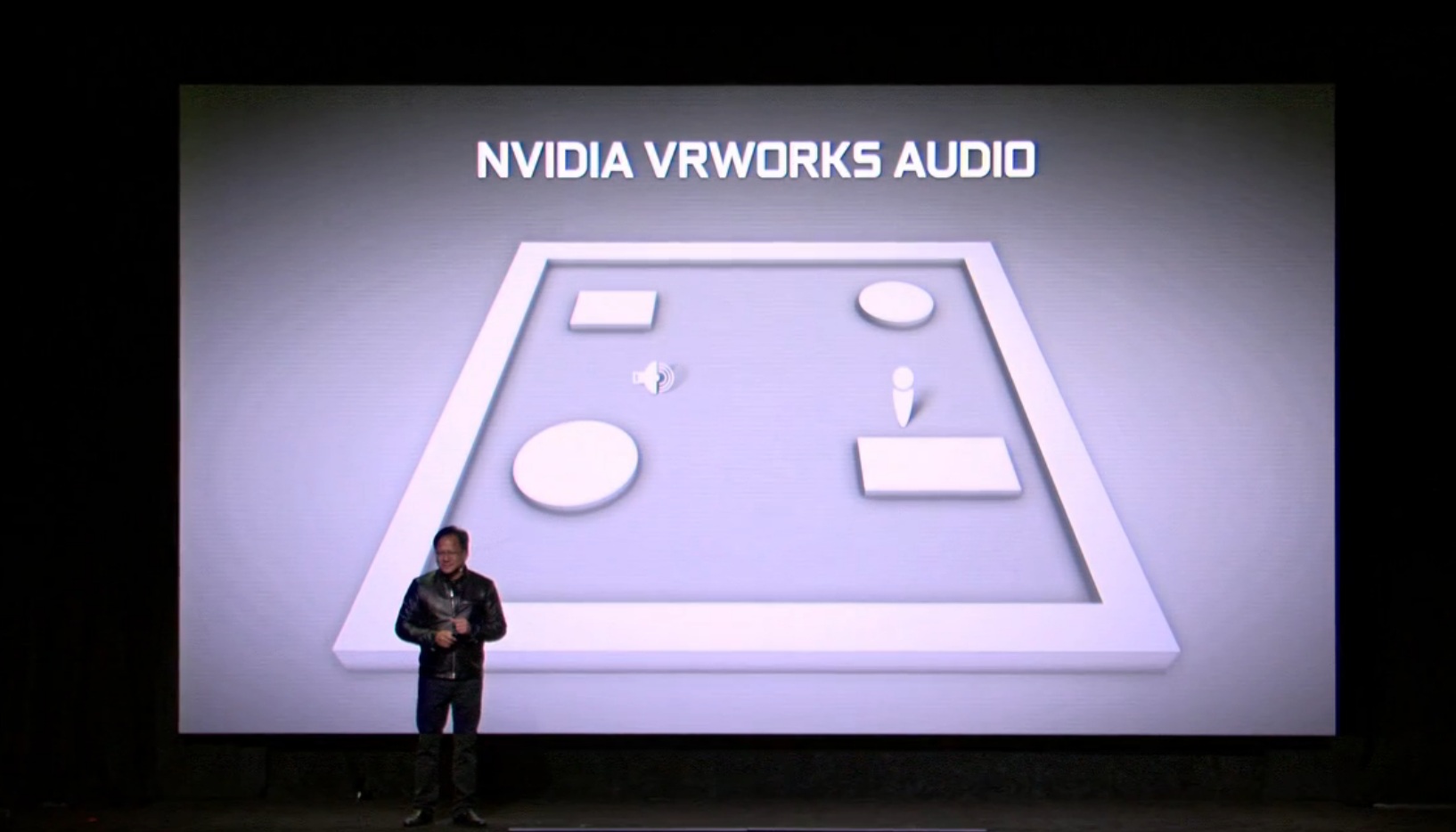 “When you walk into a hallway, it sounds like a hallway. When you walk into a stadium, it sounds like a stadium,” according to Huang. We haven’t tried it out for ourselves yet, but he showed bits of an NVIDIA VR Funhouse demo (above) that puts all the new abilities together, and it looks very interesting. You can watch the live stream of the event right here, and we’ll post any more announcements (GTX 1080) as they happen.