Traffic Rider is a fast paced racing game that has you speeding down perilous, traffic filled highways, on a motorcycle, trying to complete specific objectives. As you complete each race, you earn gold and in game currency that you can use towards upgrading and unlocking motorbikes. 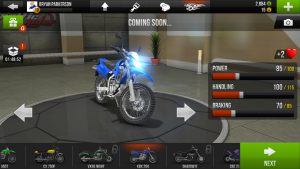 I loved Traffic Rider in the beginning. The game looked good. It felt good. I could feel the speed as I was barreling down a highway at 130 km/hr, all the while avoiding traffic. I was hooked.

The game starts you out with a simple moped. Doesn’t sound like much, but the bike flies. Looks are very deceiving with this one. 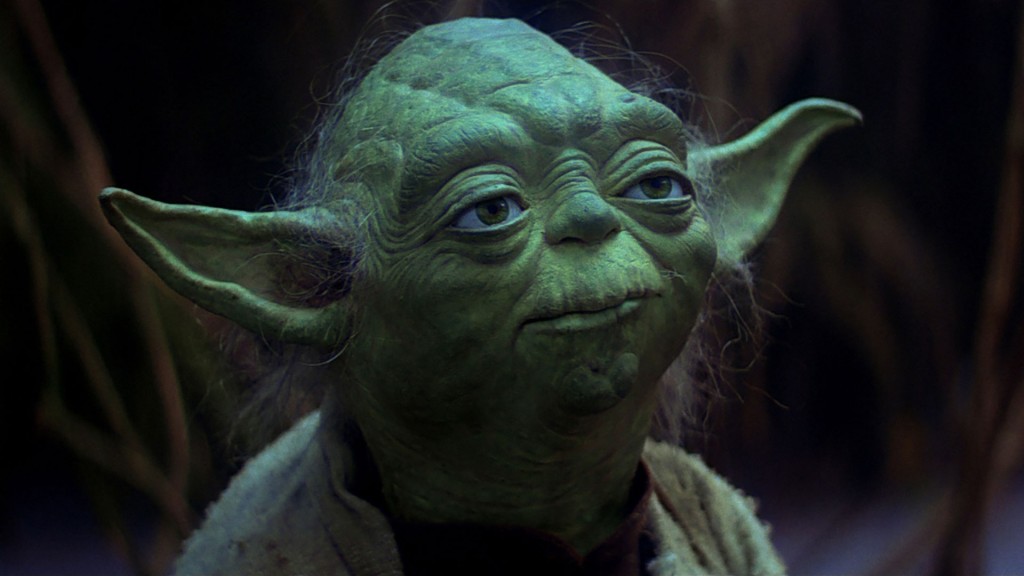 Deceiving, this one is.

As you complete races, you earn money and gold which you can use towards upgrading, customizing and buying new bikes. There’s also a leveling system that determines what bikes and game modes are available to you.

So there I was, racing my way through the career map when suddenly, I was thrust upon the foe that eventually defeated me: Overtake missions. 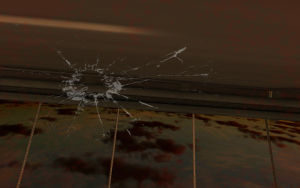 The look of defeat

Overtake missions can feel impossible. They are so difficult, so frustrating, SO ridiculous that they eventually made me want to stop playing this game.

The last mission I played (and could not get past) tasked me with achieving 30 overtakes in 60 seconds. This sounds easy enough, but when you stop and consider that an overtake in this game means bringing your motorbike to within inches (yes, inches) of a vehicle as you pass it at high speed, you can begin to understand the frustration.

If you crash, you will re-spawn where you died, but the timer will still be going and before you can perform any further overtakes, you’ll have to get back up to high speed, which can take several seconds.

Also bear in mind that at the beginning of an overtake race, it can take you upwards of three to five seconds to even get to a vehicle that you can overtake; and that’s only if you’ve reached what the game considers to be high speed.

You can earn more time by performing overtakes, but that time is to the tune of 1/10th of a second per overtake. Not much help.

Short and sweet version: If you crash you’re going to fail the overtake mission. No doubt about it.

The game has a great number of ads in it and they are quite intrusive. The ads range from banner ads to full page ads with videos. I experienced, several times, a bug that caused my phone to go to sleep after a race ended. Every time this happened, I would wake my phone up and some sort of ad had loaded. Every time.

It was very apparent to me, very early on (by mission five in fact) that this game uses tried and true methods to get you to spend real money. How do they do this? Bear with me here, because I have to dive into a conspiracy theory to explain this:

If you fail a race, you can continue from where your race ended, but it will cost you. 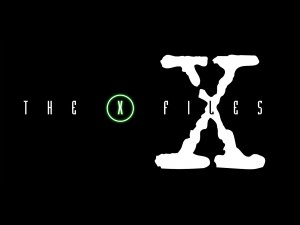 Give us your money

You have two options:

Should you decide to pay the cost of one of these continues (30 seconds of your life you can’t get back, or in-game gold which is very limited) you are awarded with 10 seconds.

On rare occasions, this may be enough for you to finish the race. However, when you start getting missions that require 30 overtakes in 60 seconds, you’re going to end up purchasing continues left and right.

Before you know it, you’re going to be out of coins. What do you do? Trade 30 seconds of your life over and over again in exchange for 10 extra seconds in a race, or do you just take a few seconds and spend a couple of bucks to buy a large quantity of gold?

Spending the money seems to be the easiest route to take and, seemingly, fixes your problem.

Do you see the manipulation?

It’s not as obvious as a pay wall is in a game like Sim City: Build It, but the manipulation is there. 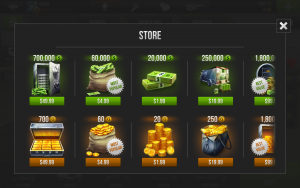 The game’s sound is adequate. There’s nothing spectacular about it, but it gets the job done. There’s very little variety in the bike sounds and the menu music gets irritating after a while.

Despite all of this game’s negatives, the controls really shine. Tilt and on-screen controls both felt very accurate and responsive.

I would advise against the ‘Buttons’ control option. It just didn’t feel right.

If you want to use on screen controls, go for the ‘Handlebars’ option. 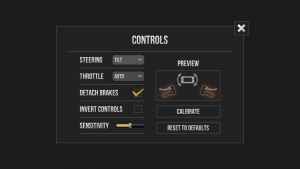 I really, really enjoyed Traffic Rider when I first started playing it. Unfortunately, the game’s intrusive ads and overtake missions ruined the experience for me and made me not want to come back.

Read more from News
← Samsung Galaxy A7 (2016) review
Pixel RPG Clicker: Wait, this is supposed to be fun? (review) →