Omate, more well known for children’s watches, is making its entrance into the big boys game with an impressive offering. The Omate Rise plans to straddle the boundaries between connectivity, form and price.

Omate says the Rise, when it arrives in June, will offer full Android 5.1 OS plus a decent build with a special carbon fibre option.

The Rise has been Indiegogo funded which showed its popularity. It was funded in its first two days to hit $230,000, making it a record breaker.

The units on display at MWC 2016 were in the developmental stages still but we got a taste of what we can expect.

It’s fair to say the unit we saw was not the final model, but a more plastic representation of what is to come. As such the screen was covered in a plastic that made it tough to use. That said there was another non-working version that looked better.

The final model will feature a tapered 22mm strap, sapphire coated screen and polycarbonate body. There will be a version with a real carbon fibre bezel finish, but this is limited edition initially at least.

On the rear is a simple coin twist access port that allows for the insertion and removal of a micro SIM. This works really well considering the watch is also water resistant. 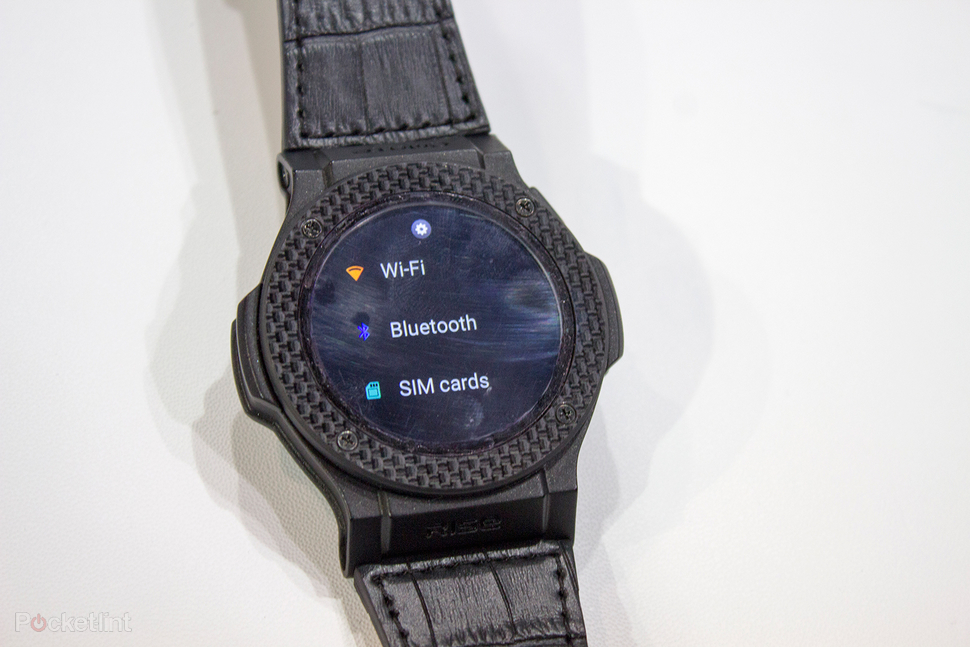 The Rise, rather originally, will come with full Android as the operating system. This frees it up to offer a lot more than Android Wear or Apple Watch devices can. For example it’s 3G micro SIM compatible allowing for calls, via its mic and speaker, to be made and received without a phone. But it does also pack in Bluetooth 4.1 should you want to connect accessories.

The phone-free use goes further thanks to GPS, making it a working sports watch. Couple that with a Bluetooth heart rate monitor and you’re getting a lot for your money. Did we mention it has 4GB storage for playing music too? Yup, Bluetooth headphones also work with the watch.

Running all this is a dual-core 1.2GHz processor backed by 512MB of RAM and a 580mAh battery. Omate reckons this will be good for two days of use or five days on stand by. 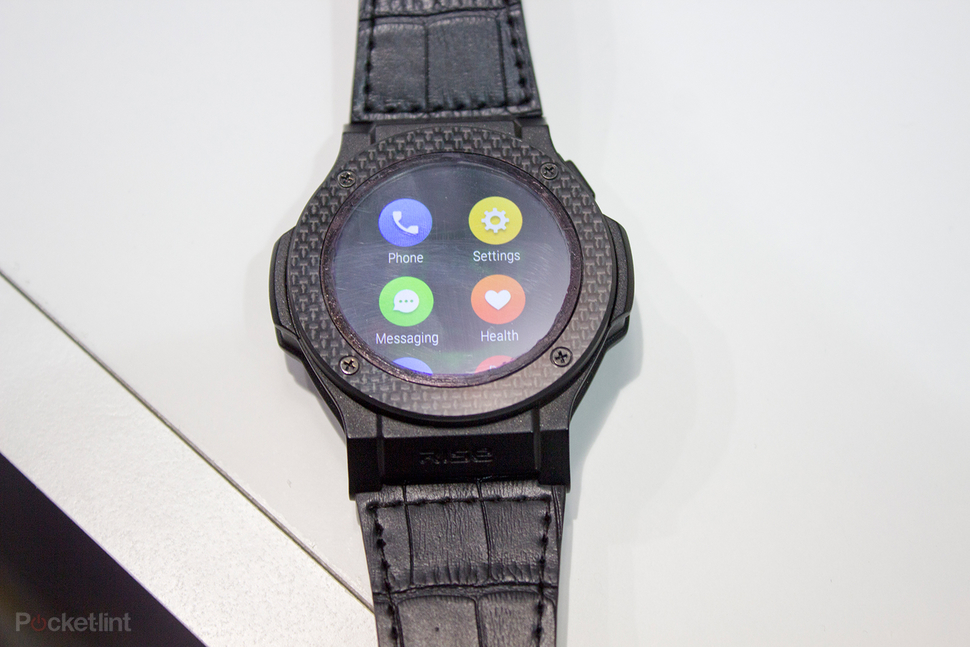 The screen on the Omate Rise is circular giving it an heir of the classic while still remaining solidly digital. Of course there are plenty of analogue faces as well as digital to choose from.

The display is encased in a sapphire coating which should make it totally scratch proof. Underneath that is a 1.3-inch round LCD with 360 x 360 resolution. It’s not the brightest we’ve seen but the colours are punchy. And if that brightness is a trade-off for battery life we’ll take it.

The at-a-glance clarity is great and touch controls combine with a side button for ease of access.

Omate has pushed the boundaries of what it does and of what a smartwatch can be. The result has been a massive show of support from the crowd-funding community.

Here’s hoping the rush to make good on a very challenging price-to-quality offering can be met by Omate.

The Rise was due to ship in March for Indiegogo backers but, judging by the prototype here and the June shipping date on its site for new orders, we’d say things are proving tougher than expected. That said we’d prefer to wait for a final product that lives up to the hype.

The Omate Rise is available to pre-order now for $280.

Read more from News
← Access geo-blocked content around the world with PlaymoTV Smart DNS: Lifetime Subscription
You can go on a VR journey with Sir David Attenborough and a giant dinosaur here →