The Good Acer’s Chromebook R 11 is an inexpensive tablet-laptop hybrid, coupling the simplicity of Google’s Chrome OS with a 360-degree hinge and touchscreen.

The Bad Unfortunately, Chrome OS isn’t optimized for touch, and navigating around the browser with your finger can be tricky. There aren’t as many apps available for Google’s Chrome OS as you’ll find on Microsoft’s Windows or Apple’s OS X.

The Bottom Line Acer’s Chromebook R 11 has a neat hybrid design and the price is right, but simpler, non-touch devices offer better value.

A Chromebook’s job is difficult. It has to be inexpensive, which inevitably means you can’t expect too much. But it also needs to stand out in a market that’s crowded by dirt cheap competition.

The Acer Chromebook R 11 makes the most of an unexciting situation. With a base price of $279 (that’s about £195 or AU$395), it’s a budget-priced lightweight device with a touchscreen display and 360-degree hinge that folds all the way back to form a chunky tablet. There isn’t much else in the way of pizzazz or substance here, but if you’re just looking to get online, the extra flourish from the rotating display helps Acer’s Chromebook stand out, and perhaps makes it more practical for sharing videos or presentations with a small group. 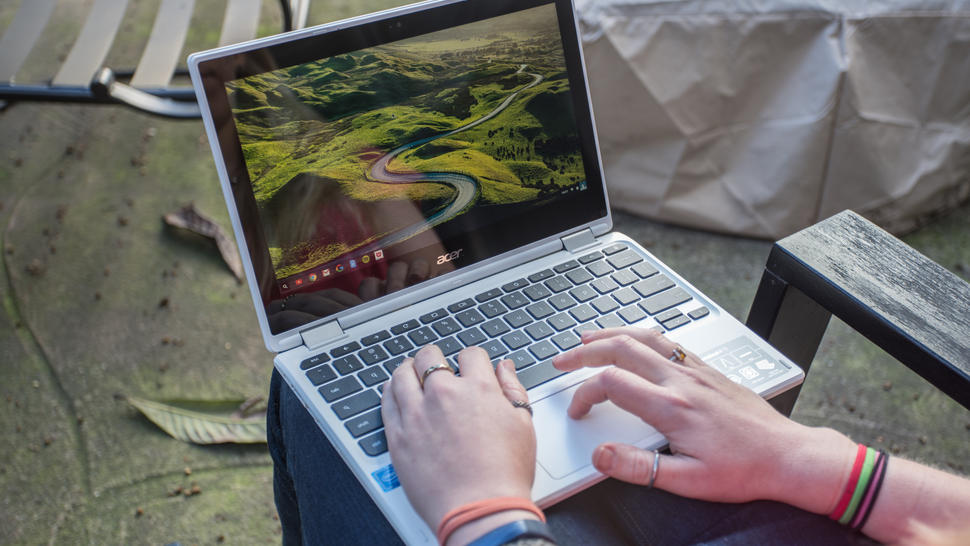 The Chromebook R 11 has an 11.6-inch display, with a lowly 1,366×768-pixel resolution. That low resolution disappoints, but it’s right in line with most of the Chromebook ecosystem. It’s also an IPS display, which means that colors look especially nice, and the contrast in photos and videos holds up when you tilt the screen back or forward, or sit off axis.

Reflections can be problematic, though. I spent a lot of time working outside, at the periphery of my apartment’s Wi-Fi radius. Finding a spot where the sun’s light wasn’t an obstacle proved tougher than keeping a steady connection. The view was generally fine indoors, though, so it’s not exactly a deal-breaker.

The display is also a touchscreen. That’s a neat feature for a budget device, but the Chromebook R 11 runs Chrome OS, based on the Google Chrome browser, which isn’t optimized for touch. Leaving the touchscreen off altogether might have saved a bit more on the price, but that would’ve sacrificed the 360-degree hinge — the Chromebook R 11’s major selling point. 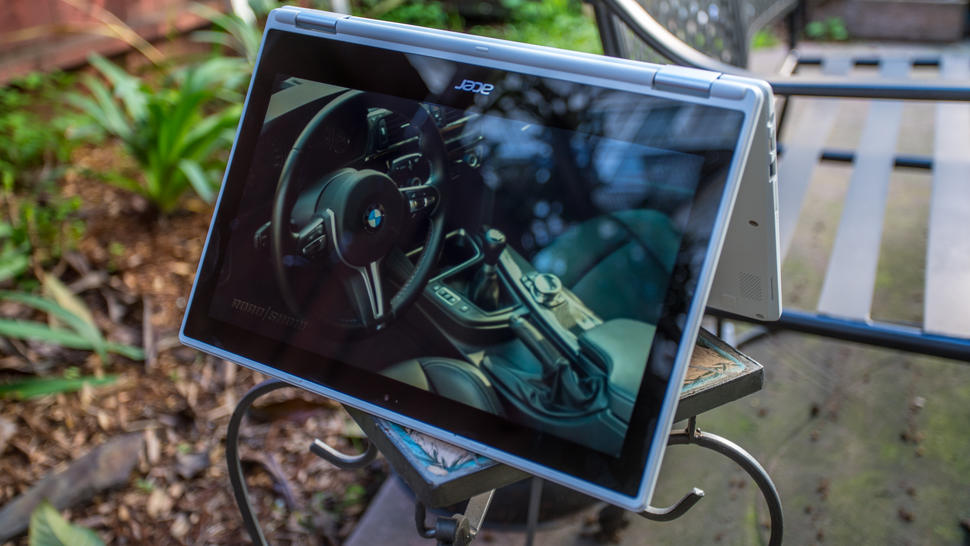 I’m not convinced a Chromebook needs the hinge. Which isn’t to say it doesn’t work: The Chromebook R 11 slides effortlessly from the standard laptop shape into an arm-friendly tablet mode, ideal for scrolling through webpages. And when switching from one mode to the next, the Chrome browser will smartly transform from the standard window to a fullscreen mode that takes up the entire display. It’s a smooth transition, reminiscent of Windows 10’s Continuum.

Design cues from the hybrid-laptop space are making their way to budget devices, but Chrome OS is still based on a desktop browser, and making the browser full screen doesn’t make it any easier to navigate bookmarks, or scoot around websites designed to be clicked with a mouse.