Palm might make a return thanks to Alcatel Onetouch 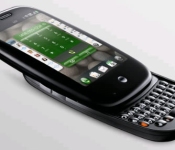 Most fans of smartphones would say that Palm’s popular webOS software died much too soon. In 2010 after HP bought webOS, they killed it off and allowed it to (slightly) live on as an open OS called Open webOS. Following the launch of Open webOS, LG acquired the operating system, but only the websites, documentation, source code and team behind the client side of webOS. After the LG acquisition almost two years ago, we haven’t really heard much of the operating system aside from a few rumors of LG bringing it to a smartwatch and the TV. We may be hearing much more about it in the future, though, thanks to some recent reports uncovered from the USPTO. According to webOS Nation, it seems as though Alcatel Onetouch, and Android device manufacturer, (sort of) purchased the brand as well as all trademarks and logos from HP earlier this year.

Alcatel Onetouch has released devices in the past named Palm, so this could be a giant ploy to protect themselves from legal issues. Though, there wouldn’t be much reason to transfer it all to a shelf company, just to avoid getting sued. The only other valid reason this is happening is because the company is actually going to do something with the brand. Now remember, we haven’t heard official word that Alcatel Onetouch is bringing back Palm, but it seems as though that’s the only reasoning behind all of this trouble.

Alcatel Onetouch isn’t the most prominent brand out there, especially in the United States. They offer a few lower-end phones, though the entirety of their smartphone line is very low-cost. Only time will tell whether or not Alcatel Onetouch will actually do something with the Palm brand, but right now, it seems pretty likely.

Read more from News
HP, LG, News, Palm
← Android Lollipop afflicted with memory leak bug, but Google is working on a fix
The Palm brand might be coming back, courtesy of Alcatel Onetouch →