The rumored TV guide app for Apple TV is here, just unveiled at the company’s event. It brings TV and movies from the box’s various apps into one browsable location. As demonstrated on stage by designer Jen Folse, pressing play within the guide can immediately start a video stream in an app like HBO Now, without any intervening menus. The main “Watch Now” menu knows which apps you’ve signed into with its unified login feature, and will show options that you have access to. “TV” isn’t just for Apple TV either, as the app is also accessible from iPhone and iPad.

Another new wrinkle for Apple TV, is the ability for Siri to tune into live video streaming apps, and control third-party apps. The new features will arrive through a software update in December.

Click here to catch all the latest news from Apple’s “Hello again” event.

‘Minecraft’ is coming to Apple TV

Today’s Apple event might all be about new Macs, but the folks at Cupertino are taking time to detail updates about its other products too. First up: Apple TV. On stage, Apple CEO Tim Cook confirmed that the box now offers access to over 8,000 apps, and will soon become home to one of the most popular games on both consoles and mobile: Minecraft. That’s right, Microsoft’s huge open-world sandbox game will be available on Apple TV “by the end of the year.”

Apple has provided no additional details about what is in store for Minecraft fans but it’s likely that you’ll want to invest in a third-party controller to get the most from the title. Sure, Apple’s new wireless remote sports a touchpad and more buttons than the minimalist silver remote that shipped with the company’s older streamers but we imagine it won’t be the best tool to help you (or the little ones) build that all-important End Portal. We’ve contacted Microsoft and Mojang for more details and will bring you more information as we get it.

Click here to catch all the latest news from Apple’s “Hello Again” event.

A few users who pre-ordered the Apple Watch Nike+ have begun sharing that their devices are shipping, although with the Apple storefront now offline customers can’t check the specific status of their orders. Shipping mentions began earlier in the week, with more email updates being reported this morning, one day ahead of tomorrow’s official launch of the Apple Watch Nike+. Orders appear to be hitting the first wave of the device’s opening weekend launch countries, including users in Canada.

Additionally, the companion iOS Nike+ Run Club app has been updated with a collection of features aimed at enhancing the connection between the app, Apple Watch Series 2, and watchOS 3. The app now supports the onboard GPS function of the Apple Watch, so when users go for a run without an iPhone and use the Nike+ Run Club watch app, GPS will still track the path, which will be viewable on both Apple Watch and iPhone following the workout.

Integration with Apple Music in the 5.1.0 update means that users will be able to stream their favorite playlists and artists from Apple’s service directly from within Nike+ Run Club. Nike also offers up a selection of “custom playlists” that it curates in the app.

Nike+ Run Club is available to download for free from the App Store [Direct Link], and the company notes that iOS 10 is required for the new update, while watchOS 3.1 is recommended for best results when running with the Apple Watch.

We’re also expecting to see new MacBook Air models with USB-C ports, and perhaps some other new Macs as well. On a separate note, Apple is also said to be introducing a new “guide” app for Apple TV and iOS devices to help recommend TV shows to users across content providers.

Apple is providing a live video stream on its website and via Apple TV.

Sign up for our newsletter to keep up with Apple news and rumors.

Apple’s online stores around the world are currently down in advance of the event.

Live Updates – No need to refresh

Tag: October 2016 event
Discuss this article in our forums

Twitter today announced plans to shut down Vine, the video sharing service it acquired in 2012. Twitter plans to discontinue the mobile app “in the coming months,” but did not give a specific timeline.

Thank you. Thank you. To all the creators out there – thank you for taking a chance on this app back in the day. To the many team members over the years who made this what it was – thank you for your contributions. And of course, thank you to all of those who came to watch and laugh every day.

The shuttering of Vine comes amid massive layoffs at Twitter. Twitter is letting go of approximately nine percent of its staff, or 350 people, as it works on cutting down on costs and restructures its priorities.

Tags: Twitter, Vine
Discuss this article in our forums

At the beginning of its “Hello Again” Town Hall event today Apple CEO Tim Cook announced that the company is launching a new accessibility website to help promote the accessibility features in its products.

Image via The Verge

It’s all about the accessibility features that we’ve designed and built into our products. We believe that technology should be accessible to everyone, and we hope this website becomes a great resource that people can use all around the world.

Cook says that Apple believes that if people have access to its product they can help push humanity forward and “change the world in the process.” Before Cook came to the stage, Apple played a short video showcasing customers using the available accessibility features.

Tag: October 2016 event
Discuss this article in our forums

During its “Hello Again” event today Apple revealed that the popular crafting video game Minecraft is heading to the fourth-generation Apple TV sometime by the end of 2016.

During the presentation, Apple CEO Tim Cook said that users will even be able to play with friends who are on an iPhone or iPad. “You can build new worlds on your Apple TV, and play with your friends using iPhones and iPads.”

Alexa, how can I keep track of the election? – CNET 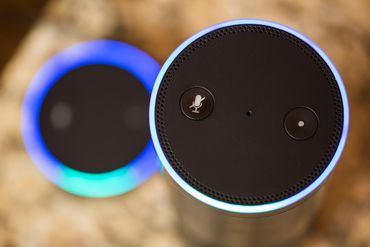 We’re now less than two weeks away from election day. Whether you’re still undecided or just want to keep track of the candidates as events unfold, Alexa is here to help you with all things election-related until November 8.

Here’s how you can use Alexa to gather information on the candidates, stay on top of the latest news, and follow the results in real time.

A lot could happen in the next two weeks. The presidential candidates are making their final rounds, campaigning in all the battleground states as a last-ditch effort to swing the odds in their favor.

To keep up with the daily happenings as the official election day draws near, you can ask Alexa a few different questions:

You can’t get too crazy with your questions, unfortunately. And you can’t ask about the candidates’ stances on different topics. There is a skill available called Share The Facts, but without knowing exactly what questions to ask, the results seem a tad random and not very helpful.

Here’s everything the Amazon Echo can do

“Alexa, who are you voting for?”

If this entire election has got you feeling down or confused, don’t worry. You’re not alone. But Alexa can help make light of the situation. Just ask her to tell you a joke about one of the candidates, or ask her who she’s voting for. Say something like:

When election day finally comes around, Alexa will be able to keep you up to date on everything as it happens. You can ask who is winning the election, how many electoral votes a candidate has, who’s leading the popular vote, and much more.

Here are some commands that will be available on November 8: On Friday, many internet users in the US couldn’t reach Twitter, but that was just the beginning.

Eventually we learned this was because hackers compromised thousands of cameras and DVRs that were connected to the internet, creating a vast botnet of tiny computers that would do the hackers’ bidding. The attackers used the devices to send overwhelming amounts of page requests to a company called Dyn that managed web traffic for Twitter and a host of other popular websites like Netflix, Reddit and Etsy.

Buried in this stranger-than-fiction saga is an eye-catching detail: the fact that hackers can look up any device connected to the internet with a few keystrokes.

One site in particular, called Shodan, bills itself as “the search engine for the internet of things,” giving anyone who looks access to information on any internet-connected device.

How does this work? And more importantly, why does this kind of service exist, and what could it possibly be good for? Read on to learn more about Shodan and the searchable internet of things.

If you connect it, they will search

To look up security cameras (or Wi-Fi baby monitors or smart TVs or routers), all hackers have to do is go to Shodan.

The hackable, searchable internet of things

Google and Bing also let searchers look up anything connected to the internet and discover the IP address of the gadget. If bad guys know how to compromise a certain kind of device, they can look for those devices specifically with the intention of hacking them en masse.

It sounds scary, but the fact is, anyone with the skills can make a tool to search for internet-connected devices, whether they’re good guys or bad guys.

That’s because each of these devices has an IP address, a string of numbers that identifies it and serves as its specific address on the net. IP addresses are public information, which anyone can index on a search engine, not just Shodan, Google or Bing.

“Connectivity is reachability,” says Srinivas Mukkamala, chief executive of cybersecurity company RiskSense. “If it’s reachable, it will be indexed.”

The creators of Shodan and similar search tools say their goal is to help good-guy researchers, often called white hats, like the protagonists of old-school Westerns.

More about the internet outage

While it’s possible hackers used Shodan, Google or Bing to locate the cameras and DVRs they compromised for Friday’s attack, they also could have done it with tools available in shady hacker circles.

But without these legit, legal search tools, white hat researchers would have a harder time finding vulnerable systems connected to the internet. That could keep cybersecurity workers in a company’s IT department from checking which of its devices are leaking sensitive data onto the internet, for example, or have a known vulnerability that could let hackers in.

Even though sites like Shodan might leave you feeling exposed, security experts say the good guys need to be able to see as much as the bad guys can in order to be effective.

“Think about this as a reconnaissance tool,” Mukkamala says. 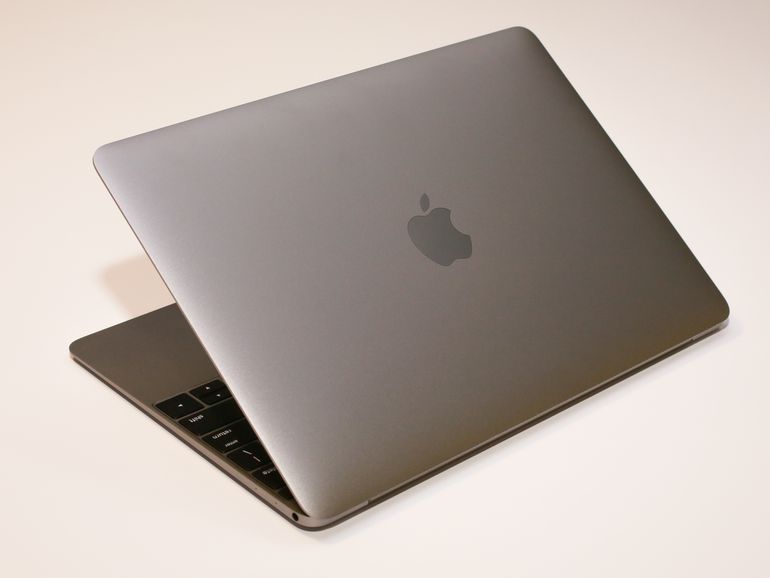 Apple is holding an event at its Cupertino headquarters in just a few hours. The iPhone-maker is expected to announce new Macintosh computers, including a new MacBook Pro with an OLED touch bar. We may also see an updated MacBook Air, a 13-inch MacBook and updated iMac all-in-one.

Here’s everything you need to know: 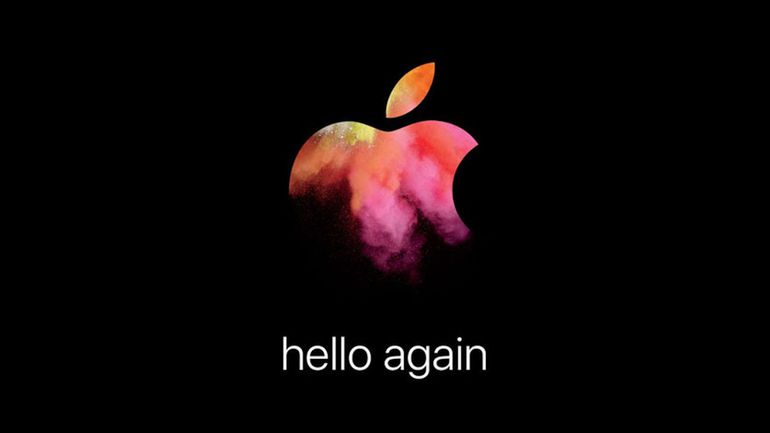 Apple’s all about the MacBook on October 27

CNET’s Shara Tibken gives us the inside scoop on what to expect from the new MacBook ahead of the October 27 event, and what Apple’s quarterly earnings report may say about iPhone sales.