You can start streaming videos taken by compatible DJI drones on Periscope. The video streaming team introduced the feature a few days ago, and it’s now out on iTunes as part of the app’s latest update. You can switch between the drone’s camera and your iPhone’s anytime, so you can narrate while broadcasting and feature different sights. The latest upgrade also comes with a new Search button that’s much easier to use than the app’s map interface when looking for videos on specific topics. Now if what you’ve truly been waiting for is the ability to save your broadcasts forever, which Periscope announced at the same time, don’t worry. While it’s not officially available yet, you can test it out anytime without even having to update your application.

“We know fans were asking for this feature and our engineers worked hard developing a solution to enable it so we could further expand the titles included in Xbox One Backward Compatibility,” an Xbox spokesperson said. “We’re continuing to listen to our fans on Xbox Feedback and work with our publishing partners to grow out library of Xbox One Backward Compatibility titles and will work to include more multi-disc games.”

The news broke in a Reddit post linking to a story on GamerHeadquarters — Xbox spokesman Larry “Major Nelson” Hyrb replied to the thread and corroborated the report of multi-disc functionality.

“I can confirm that the BC team has done work to support multi-disc scenarios,” he wrote. “Be sure to thank the BC engineers.”

That sounds like good advice. Thanks, Xbox backward compatibility engineers!

The Weather Channel is a shining example of cable TV’s heyday — but it’s become increasingly irrelevant with the rise of the internet and smartphones. The company started working to get more into localized news and weather with Local Now, a channel that covers news, weather, sports, traffic and other such updates for specific geographic areas, but it was only available on Dish’s Sling TV service. Now, Reuters says its Local Now’s reach will greatly expand with the launch of apps for Android and iOS.

Perhaps somewhat foolishly, however, this app will require you to login with your cable provider credentials (like HBO Go, for example). That means those who’ve cut the cord won’t be able to try it. Of course, the people who like to get their news in the style of a local TV broadcast likely still have cable TV themselves… which makes me wonder what the point of the app is in the first place.

At the very least, it’s good for The Weather Channel. It leverages its existing broadcasts and combines them with content from a handful of partners like the Associated Press, making a package that costs a lot less to produce than a standard local news segment. There aren’t even any anchors; Reuters says that the segments use automated pre-recorded words strung together to deliver the news. If, for some odd reason, that sounds compelling to you, the app will launch in June.

A group of Danish researchers scraped data from 70,000 OkCupid profiles, packaged it in a data set, and released it on the internet. While the profiles are technically public, collecting personal information on such a massive scale without getting consent from either OkCupid or the users themselves is at the very least a breach of social science ethics, experts say.
The researchers, Emil Kirkegaard, Oliver Nordbjerg, and Julius Daugbjerg Bjerrekær, used software to automatically scrape profiles and then uploaded it in a set onto the Open Science Framework, a forum and repository for scientists to share data. The info is only slightly anonymous: While no real names are used, usernames are connected with location and answers to the litany of personal questions OkCupid uses to find compatibility. Some of these, like political leanings or feelings about homosexuality, are quite private.

As Kirkegaard repeatedly stated on Twitter, the data was indeed publicly available, but the scraping violates the dating site’s terms and a possible legal matter, an OkCupid spokesperson told Vox. And, as Vox points out, it’s also a breach of ethics according to the American Psychological Association, which states that people involved in research studies have the right to consent. Even Aarhus University in Denmark, where Kirkegaard is a student, publicly distanced itself from him and noted that the profile data was not collected on behalf of the university.

OkCupid isn’t a stranger to mining its users for data and publishing observations on its now-defunct OkTrends blog, but there are crucial differences. For one, the posts are summaries, not massive data sets with identifiable information. Second, and more importantly, OkCupid users give consent when signing up for the dating site to mine their profiles and activity.

Via: The Mary Sue

NASA is funding a deep sleep chamber and other crazy concepts

NASA is setting aside money to fund the most ambitious and odd-but-interesting projects that made it through NIAC’s first phase. NIAC or NASA Innovative Advanced Concepts (NIAC) is the agency’s annual program that welcomes submissions from forward-thinking scientists. The agency has chosen eight from the 13 phase 1 concepts, including a deep sleep chamber that astronauts can use for missions to Mars, the moon and places much farther than Earth’s orbit.

One project wants to explore the use of robots to expand habitats when they’re already in space, while another plans to use a planet’s atmosphere to slow down descending spacecraft to make missions more affordable. There’s also one that wants to use a coating that can reflect 99.9% of the sun’s energy for long-term cryogenic storage, say to transport liquid oxygen and other chemicals to Mars and other planets. While these concepts sound like they came right out of a sci-fi movie, their creators were able to demonstrate that they’re quite feasible. NASA is awarding each one up to $500,000 to develop their concepts further for two more years. Who knows — someday, our descendants might use one of NIAC’s concepts to roam the universe

The good and bad sides of Apple’s classroom hardware initiative

In late 2014, Apple announced that it would donate iPads, Macs and Apple TVs to 114 “underserved” schools as a way of getting more technology in the hands of those who don’t have as much of a chance to use it. With the program well underway, The Wall Street Journal published a report on the good and bad sides thus far. While some studies have shown that schools in which students that heavily use technology actually do worse than students who do so moderately, a big part of that problem comes from not having curriculum developed that the hardware can enhance. In the case of Apple’s trial, the company is providing an employee to spend 17 days per year at each school to help build lesson plans that take advantage of the company’s hardware.

While it’s too early to tell with hard data how the initiative is fairing, teachers the WSJ spoke with in Yuma, Arizona have positive feelings thus far. Fourth-grade teacher Blanca Rivera has overcome her skepticism to the value of using hardware in the classroom, saying that it has enhanced and motivated her students. She also said that the sessions with Apple’s guide have definitely been helpful.

Naturally, there are downsides as well. The students can’t currently take their iPads home, meaning they aren’t useful for homework. Even if the students were allowed to bring the tablets out of the classroom, many of them don’t have internet connections at home. And the teachers have concerns about what’ll happen when the three-year program ends and the district can’t afford to buy hardware itself. Apple’s Eddie Cue believes that if the program proves to be valuable, finding continued funding won’t be difficult. “You have to solve the problem you have today and not worry about the problem you’re going to have tomorrow,” he said to the WSJ.

Of course, Apple has non-philanthropic motivations for making these donations. Recent estimates shows that more than half of the hardware being purchased for schools at this point are relatively inexpensive Google Chromebooks rather than Apple devices. The company has never been about pure marketshare, but there’s undoubtably a benefit to getting its hardware in the hands of as many students as possible to help convert them to future Apple products down the line.

Last week, a blog post by a designer named James Pinkstone made the rounds; in it, the writer claimed that Apple Music and iTunes teamed up to delete his 122GB of local music files and basically cause havoc with his library. This isn’t the first time we’ve heard of oddness around how Apple Music plays with your local files, but it sounded more severe than most other reports. Now, Apple has confirmed to iMore that it is working on a patch to iTunes to fix the issue.
In the statement, Apple acknowledged that an “extremely small” number of customers were having their libraries disappear without their permission. Apple hasn’t been able to reproduce the bug itself, but nonetheless it says a patch to iTunes next week should help solve the problem. That’s little comfort to those who lost their local music libraries (back up your files, people), but it does serve as confirmation that this isn’t expected Apple Music behavior — the service is not intended to to overwrite your personal music library. With 13 million customers now, we’d probably be hearing from more upset users if this was happening more frequently.

Arizona governor sticks up for Airbnb in new law


Arizona Governor Doug Ducey signed SB 1350 today, which will prevent cities in the state from banning short-term rental services like Airbnb or HoweAway. According to an earlier report from Forbes, Governor Ducey’s end goal is to turn Arizona into The Sharing Economy State, which is a little different from the state’s current motto of “God enriches.”

A lobbyist group called Travel Technology Association, which counts Airbnb and Expedia among its members, obviously supports the bill, saying in a statement that it is “a win for everyone” and “Arizona has proven itself to be forward-thinking when it comes to public policy, willing to embrace the peer-to-peer economy while also balancing the interests of all stakeholders.” Governor Ducey has also been selling it as a move that will inject tourism dollars directly in the pockets of Arizonans, rather than the big hotel chains.

On the other end of the spectrum, however, Berlin recently banned whole-apartment rentals through the Airbnb, while the company itself has been cracking down on illegal hotels in its hometown of San Francisco.

Droid Turbo owners, you’ve got a fresh update on its way courtesy of Verizon. If you, like everyone else, were hoping to finally secure some Marshmallow sweetness, however, you’ll want to prepare for disappointment. The latest update simply includes improvements to call performance, along with the “latest” Android security patches, Verizon says. 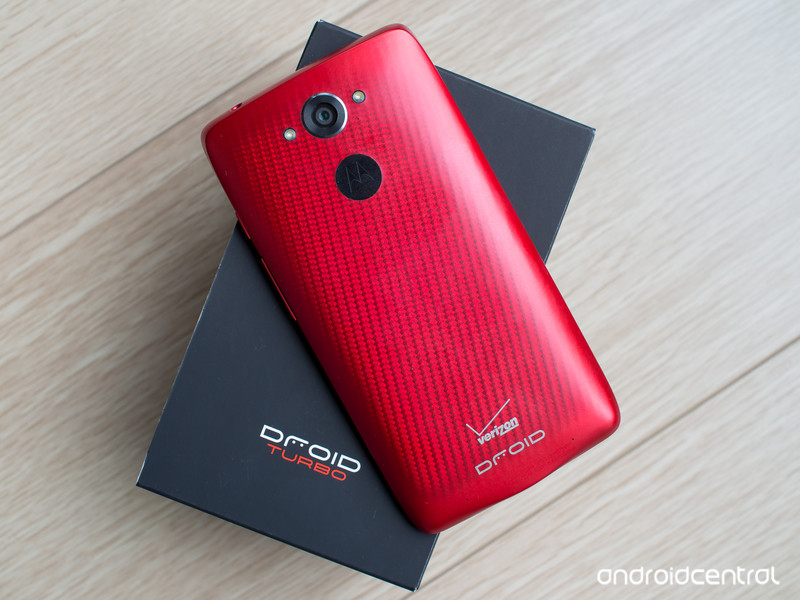 While up-to-date security is nothing to scoff at, this update certainly won’t please those who have been waiting what feels like ages for a taste of Marshmallow. Unfortunately, there’s no indication as to when or if Android 6.0 will make its way to the Turbo either. Still, if you’d like to grab the latest update, it should be rolling out now. If you haven’t been prompted yet, you can check manually by heading to the “About Phone” section of your phone’s Settings.

Thanks to Tim for the tip!

Thanks to these great artists for providing their music under the Creative Commons license: