Saying goodbye is never easy to do. Sprint has officially confirmed the demise of WiMax as set for November 6th 2015. Legally they have to relay this information to their customers at least 1 year in advance. Sprint is working with its various partners that rely on and use the WiMax side of things on how to move forward when things shut down entirely. Luckily they have just over a year for new hardware, software and integration. Not that they didn’t know this day was coming.

For devices that at dual-band WiMax and 3G compatible users can expect their device to switch over and only use 3G after the mentioned date. The time line also gives customers plenty of time to get a new device. With Sprints 4G and Spark services rolling out fairly well, there will be lots of options that will probably be better. 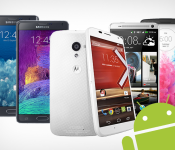 Choose Your Own Android Giveaway: Win a free, top of the line, phone of your choice [Deal of the Day]

Ready for a new handset but aren’t prepared to shell out the clams for an upgrade? Today just might be your day. We’re giving away a top-tier handset of your choice to ONE lucky winner in the Choose Your Own Android Giveaway!

The winner will choose between a Samsung Galaxy Note 4, Motorola Moto X, HTC One M8, LG G3, or Samsung Galaxy Note Edge. Brand new and ready to use! One of these may have your name written all over it.There’s no purchase necessary and no complicated forms to fill out. All you’ll have to do is visit our contest page, click ENTER NOW, and submit your email address. It’s as easy as that. Sharing via social media gains you more entries. Good luck!

Check this deal out, and many others at deals.androidguys.com!

The post Choose Your Own Android Giveaway: Win a free, top of the line, phone of your choice [Deal of the Day] appeared first on AndroidGuys.

We’ve been hearing things about a Droid Turbo device all the way back in August where some specs were leaked, and then a few weeks ago got another leak that contained photos. Well, if you were looking for some more solid confirmation, we might have it.

DROIDLIFE reported on some leaked manual shots that you can see above, as well as in the title picture. These pictures confirm some of the specs we had reported last time: a 5.2″ screen, dual flash, a long-lasting battery. There doesn’t appear to be a front-facing speaker though, and it turns out the navigation buttons are just like stock android (on-screen rather than physical) instead of something else like we thought. Also, Motorola’s turbo charger will be included, though it will be interesting if it’s the same as the new Moto X, or better (given it has the name “Droid Turbo”). What’s new information is a 21 MP camera on the back, NFC support, Qi wireless charging, and inclusion of many of the Moto X features like Moto Voice and Display.

It seems Verizon is taking a refreshingly different approach to this phone. Stay tuned for more updates as we get them.

Following the high-profile launch of its first retail store in Istanbul earlier this year, Apple is preparing to open its second retail outlet in the Turkish city, reports Apple Toolbox. Apple Turkey made the new store announcement today, confirming its location in the Akasya Shopping Center.

Apple’s second Istanbul store will be more traditional in design due to its indoor mall location on one of the mall’s middle floors. In contrast, Apple’s first Istanbul store opened earlier this year in the upscale Zorlu Center where it resides in a subterranean location underneath a mall plaza that allows for a unique design. The eye-catching store features a cubic skylight rising out of the plaza with a glass ceiling and sides that take advantage of the store’s sunlit location.

In recent weeks, Apple has announced plans for upcoming expansions of its retail footprint by opening stores in Venice, Italy, Edinburgh, Scotland, and in various US locations, including Massachusetts, Georgia, and Connecticut. This is typically the busiest time of year for Apple retail store openings as the company heads into the lucrative holiday shopping season, although high-profile expansions are expected to continue into 2015, with Apple possibly opening its first store in the United Arab Emirates early next year, according to retail job listings. 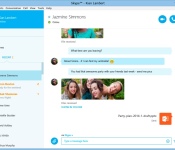 Skype for Mac was today updated to version 7.0, with a significant redesign that brings mobile design elements to the desktop app. The app’s flatter look incorporates new icons and a new blue layout that aims to create a richer chat experience.

Skype‘s new mobile-style layout will help it fit right in with OS X Yosemite, expected to be released to the public later this month. OS X Yosemite also incorporates several design elements taken directly from iOS 7 and 8, the basis of the Skype mobile design.

Today we’re excited to announce Skype for Mac 7.0 as well as the preview for the new Skype for Windows — both of which have been redesigned to make it easier to chat and share. If you’re already using Skype on mobile, you’ll recognize some of these changes. We’ve made the Skype experience consistent whether you are using your mobile device or your desktop PC. Now, you’ll see thumbnail pictures of your contacts, a new bubble-style chat design, and consistent icons for chat, video calls and audio calls.

A chat sidebar allows users to chat and share images while on a video call with a single click, with images shown instantly once they download. Sharing of other types of files, like PDFs, has also been improved.

There’s a also new bubble-style chat design drawn directly from the mobile app, and Skype says that its free group video calling has been improved in the new app.

Skype for Mac can be downloaded for free from the Skype website and existing users can update from within their Skype apps.

GT Advanced Technologies today appeared in a New Hampshire courtroom, asking for non-disclosure in its pending bankruptcy proceedings. According to Reuters, a lawyer for the company told the court that a confidentiality agreement prevented it from disclosing the details surrounding its Chapter 11 bankruptcy.

Luc Despins of Paul Hastings told U.S. Bankruptcy Judge Henry Boroff an unspecified confidentiality agreement prevented GT from disclosing the cause of its bankruptcy, or its plan for dealing with the situation. He also acknowledged the 90 percent drop in the company’s stock price in the first three trading days of this week.

GT further asked the court to seal select documents referencing a third-party, noting that the disclosure would violate existing confidentially agreements. The publication of these documents could prove costly to the sapphire maker with potential damages of $50 million per violation. GT failed to identify the third-party company, but it almost certainly is Apple, which is known for its strict confidentiality clauses.

GT’s lawyers also asked that the proceedings be closed to the public as part of what they agree is an “unusual (and perhaps unprecedented)” request. Lawyers from the Department of Justice denounced GT’s motions, saying “the record is insufficient for the court to find what the court needs to find.”

GT filed for bankruptcy earlier this week, taking Apple and Wall Street by surprise. Apple reportedly was working with the company to help it remain solvent, but those efforts have failed for the time being and GT will seek to restructure its finances moving forward. 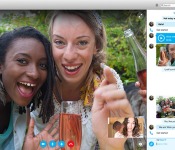 Skype has donned new clothes and gained new features for both Mac and Windows today, though the one for the latter’s just a preview, which means its changes aren’t final. The latest update for both platforms dresses Skype up in a new interface, which now shows thumbnails of your contacts’ photos and features a bubble-style chat. That brings the desktop version closer in design to the mobile apps, but you’ll notice larger spacing in the chat interface for Windows compared to Mac’s. In addition, both apps now come with improved group video chat and display file icons when you share documents with friends. The best new feature for Mac, however, is the app’s ability to let you do video calls and IMs side-by-side with a single click. You can download Skype 7.0 for Mac and the preview version for Windows right now, or look at the images in the gallery first if you need a bit of convincing. 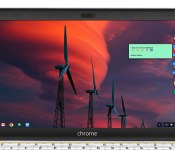 Fancy using Hangouts for your desktop convos? Well, Google has a new option for you: the Hangouts Chrome app. The “simpler faster” way to leverage the chatting tool offers a condensed list of contacts and conversations in a single window with alerts that allow you to quickly get to the proper thread. It’s tucked neatly on the side and separate from the Chrome browser, so the option is always available. And as long as the app is running, messages will sync across your gadget arsenal. There’s video and voice calling too, as well as Google Voice support to handle all of your messaging needs in one spot. The new app is available today for Chrome OS and Windows mahcines via the Chrome Web Store.

In an effort to beam content to viewers who are more likely to stare at a mobile device than a television, Cartoon Network has a new app that dishes out short clips of content. The Cartoon Network Anything app for iOS and Android packs 10 to 15-second snippets from Adventure Time, Regular Show, Gumball and Teen Titans Go with games, quizzes, puzzles and more sprinkled in. Variety reports that one goal is to lure the channel’s core audience back to its TV programming by promoting shows with the mobile software. There’s no way to control the flow of clips and other items, so kids won’t know what’s coming next. The idea is that every time little Joey taps on the app, there will be something he hasn’t seen before. Of course, there’s the opportunity for ad revenue in the future as well, which could take the form of branded video segments with the network’s characters. And in what should come as a shock to no one, McDonald’s signed on as the launch sponsor. If your kids (or you, no judgement here) are big fans of the CN, both versions of the app are available now via their respective repositories. 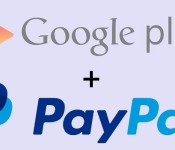 Over the years Google has been slowly making it easier for people around the globe to have the ability to buy apps, games and other content in the Play Store. In the early days you could only do that with a credit card that was attached to your account. Not everyone had a Credit Card/Debit Card. As the years went on Google allowed carrier billing with a number of service providers, introduced Google Play Gift cards and more recently, added PayPal. When the option to pay with PayPal was added it was available in 12 countries, including the US.

Today, Google quietly slipped Australia, New Zealand, Greece, Portugal, Singapore and Sweden into the mix on their Google Play payment support page. THat brings the list up to 18 locales where you can use PayPal to buy devices, accessories, apps, games and other items outside the Play Store with Google Wallet.