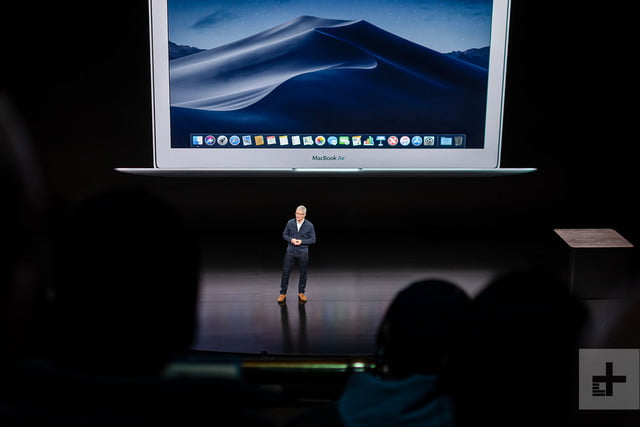 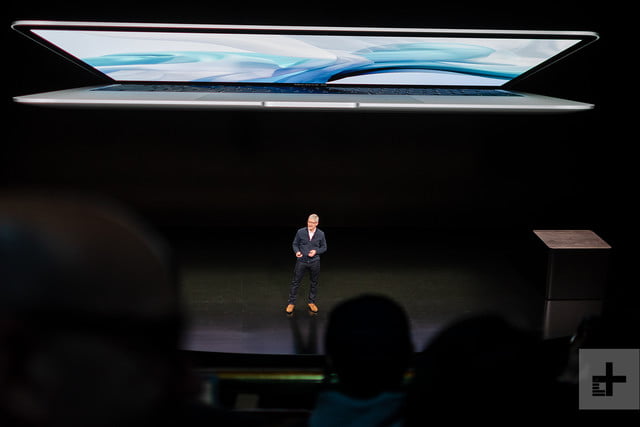 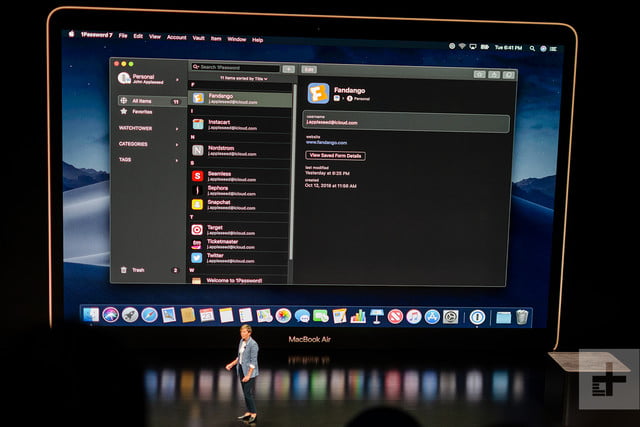 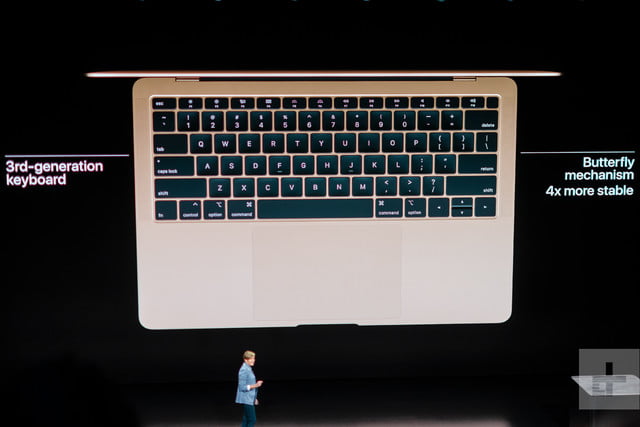 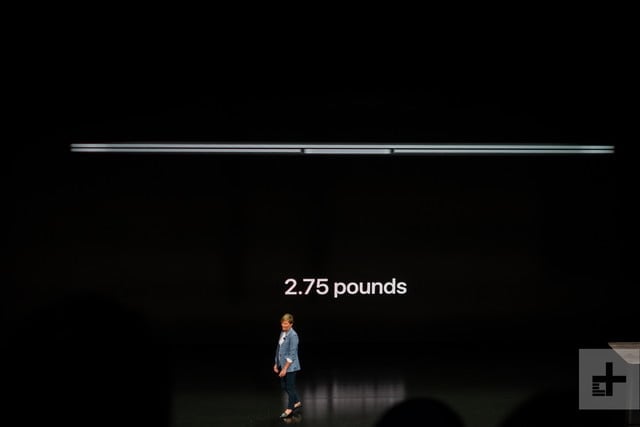 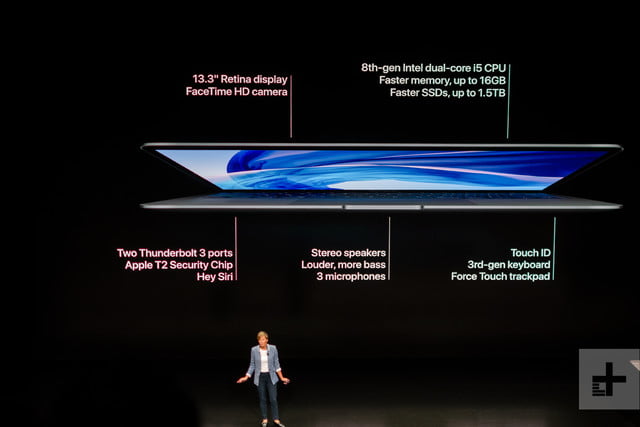 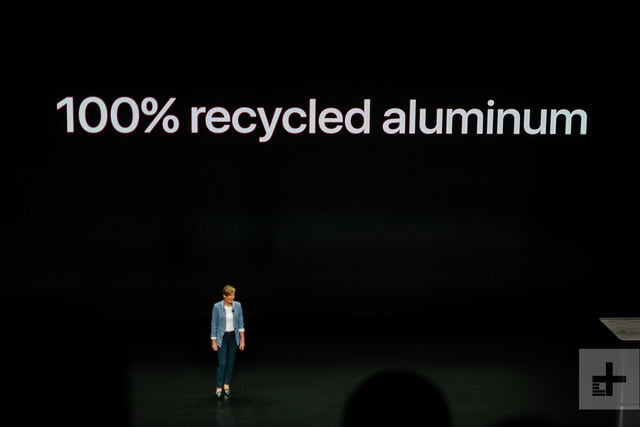 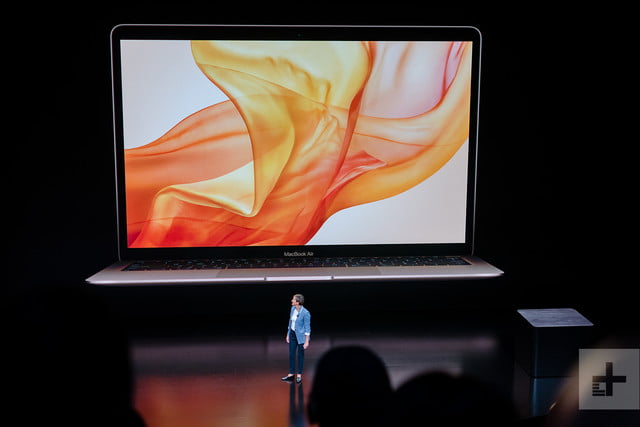 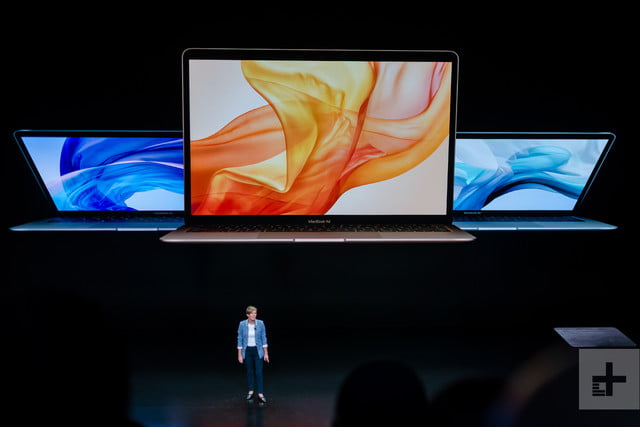 After weeks of rumors and leaks, Apple officially revealed a new MacBook Air during an October 30 event in Brooklyn, New York. The latest Apple laptop can be ordered today and is set to become available on November 7 for $1,200.

On the surface, the new MacBook Air looks a lot like the MacBook Pro with thinned-out bezels, up-firing speakers, and a slimmer profile. The sleek, new design has 50 percent narrow bezels, and four-times the screen resolution as before, for 4 million pixels total. It also is 17 percent lighter than its predecessor and weighs just 2.75 pounds, made of 100 percent recycled aluminum.

Key features on board the new MacBook Air include a 13.3-inch Retina display, two Thunderbolt 3 USB-C ports, and Touch ID — all carried over from the MacBook Pro and 12-inch MacBook.

Under the hood, the MacBook Air is powered by the 8th-gen Intel Core i5 processor. We weren’t told exactly which CPU, but Apple did mention that it was a dual-core processor. Alongside the Intel processor is the T2 co-processor, which is used for Touch ID and “Hey Siri” functionality. The base model comes with 8GB RAM, but it also supports up to 16GB of memory clocked at 2,133 GHz. As for storage, it is compatible with up to a 1.5 TB SSD, making it 60 percent faster than the previous generation and increasing capacity.

With the keyboard, Apple promises that the third-gen butterfly keyboard onboard the new MacBook Air can offer up four times as many stability as the previous generation. This is the same keyboard found in the 2018 MacBook Pro, which features low travel and deals with some of its predecessor’s sticky reliability issues. Missing from the new MacBook Air is the Touch Bar, which looks like it will only be reserved for the MacBook Pro. That ties in with a new trackpad, which is a 20 percent larger touch area. 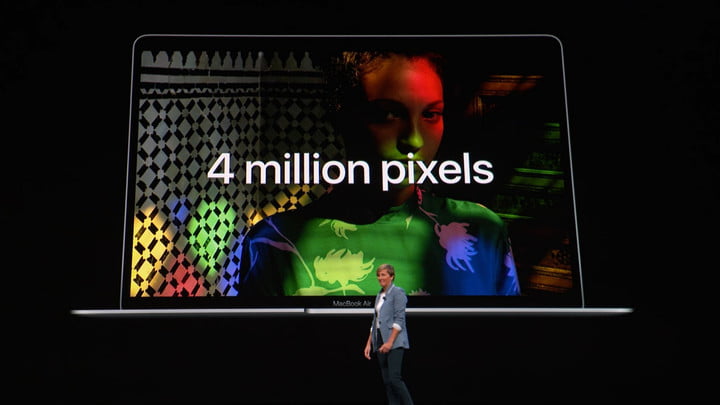 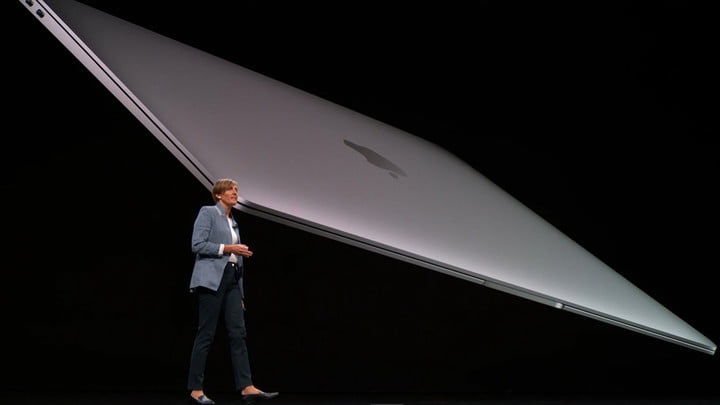 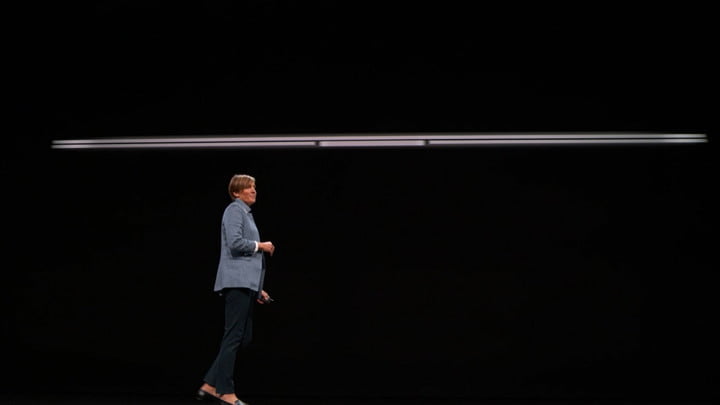 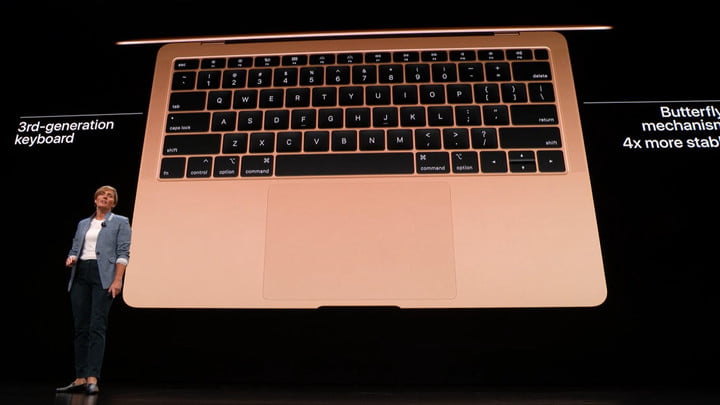 “MacBook air has become the most beloved notebook ever, It’s time for a new MacBook, one that takes the MacBook air experiences in the areas that are more important to our customers,” said Apple CEO Tim Cook of the new device.

Similar to previous generations, Apple is promising for 12 hours of battery life wireless web browsing and 13 hours of iTunes movie playback on the new MacBook Air. It also noted that the speakers on board the MacBook Air are 25 percent louder, with a three-mic array on board for better connectivity with Siri.