One of the first things we noticed upon opening up our Pixel 3 XL was the inclusion of the Pixel USB-C earbuds. Odd, right? There was no mention of them in the phone announcement and they weren’t brought up in any of the press chatter immediately following the introduction.

Priced $30 separately, they’re white, simple, and somewhat basic — perhaps a smidge uninspired. They plug into the USB Type C port, naturally, and give Pixel 3 owners a little something for music, podcasts, and audiobooks.

We get why a lot of companies prefer to use the USB C port instead of the 3.5mm jack. We don’t really like it, but we get it. But, we really don’t appreciate being directed to go with wireless headphones or use a dongle attachment. To that end, we’re glad to see Google including some earphones. 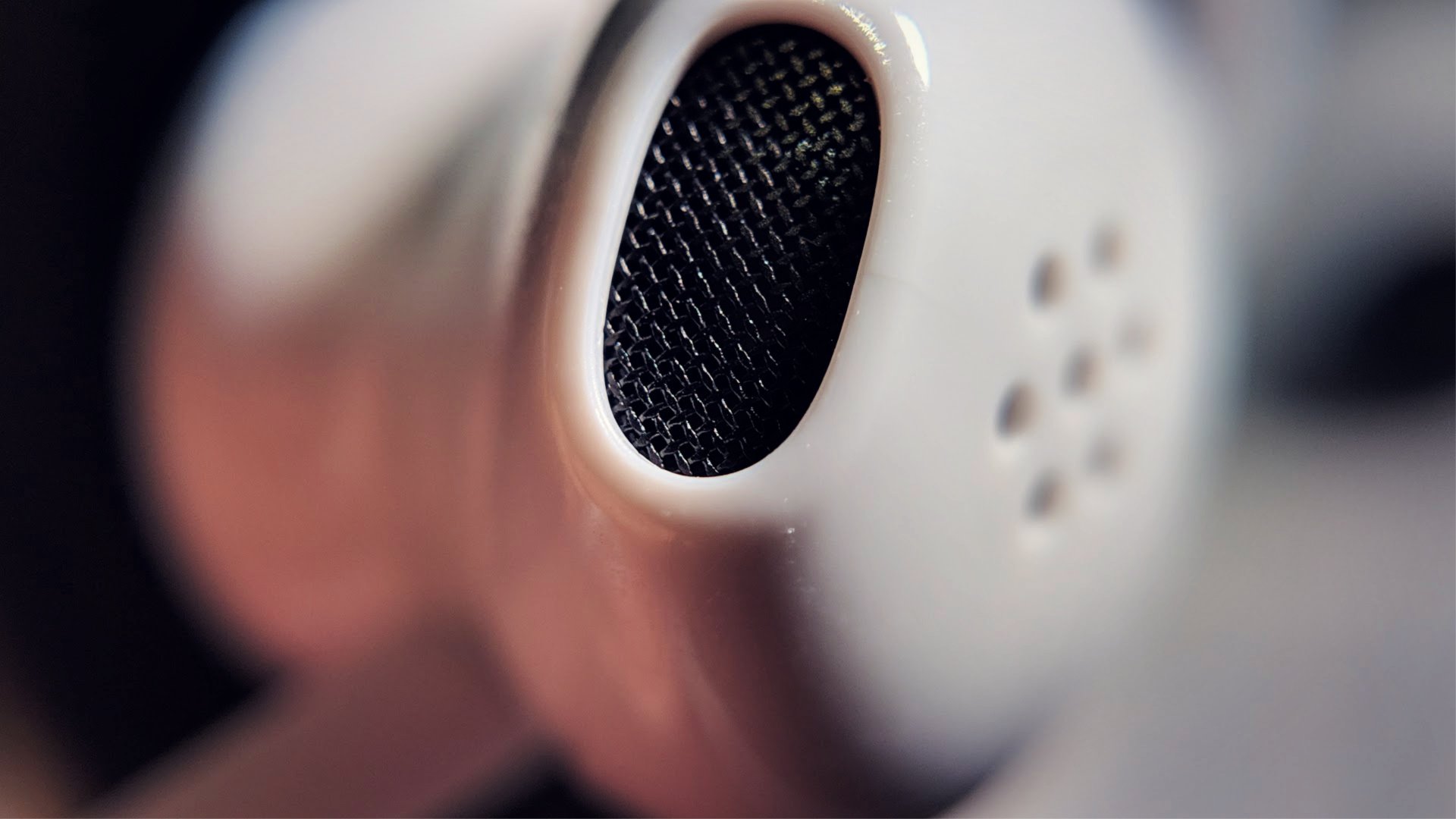 Dig around the house or office and we bet you can find a pair or two of cheap headphones that you’ve used over and over. Whether for your phone, game controllers, or something else, your trusty, generic headphone are there for you and always pull through.

Chances are good that you don’t have the same thing in USB C. There are not a lot of options out there that that provide the same experience cheaply. Google’s new USB-C earbuds bridge that gap.

Save for the “G” logos, there’s nothing overtly Google about these earphones. If you’ve ever looked at Amazon Basics for cables or accessories, you know that the products work as required but they eschew fancy features or design elements. That’s what we have here.

These are comfortable to wear, offer a simple design, and work with an increasing number of devices. The best part? They’re affordably priced.

The exterior of the buds have a flat matte finish while the inner part is glossy. The tandem call to mind how Google treats the back of the Pixel phones.

Halfway down the cord you locate the controller. At a glance you only see one button but when you press or squeeze it you feel the tactile feedback. And, if you look closely, you can make out the microphone. 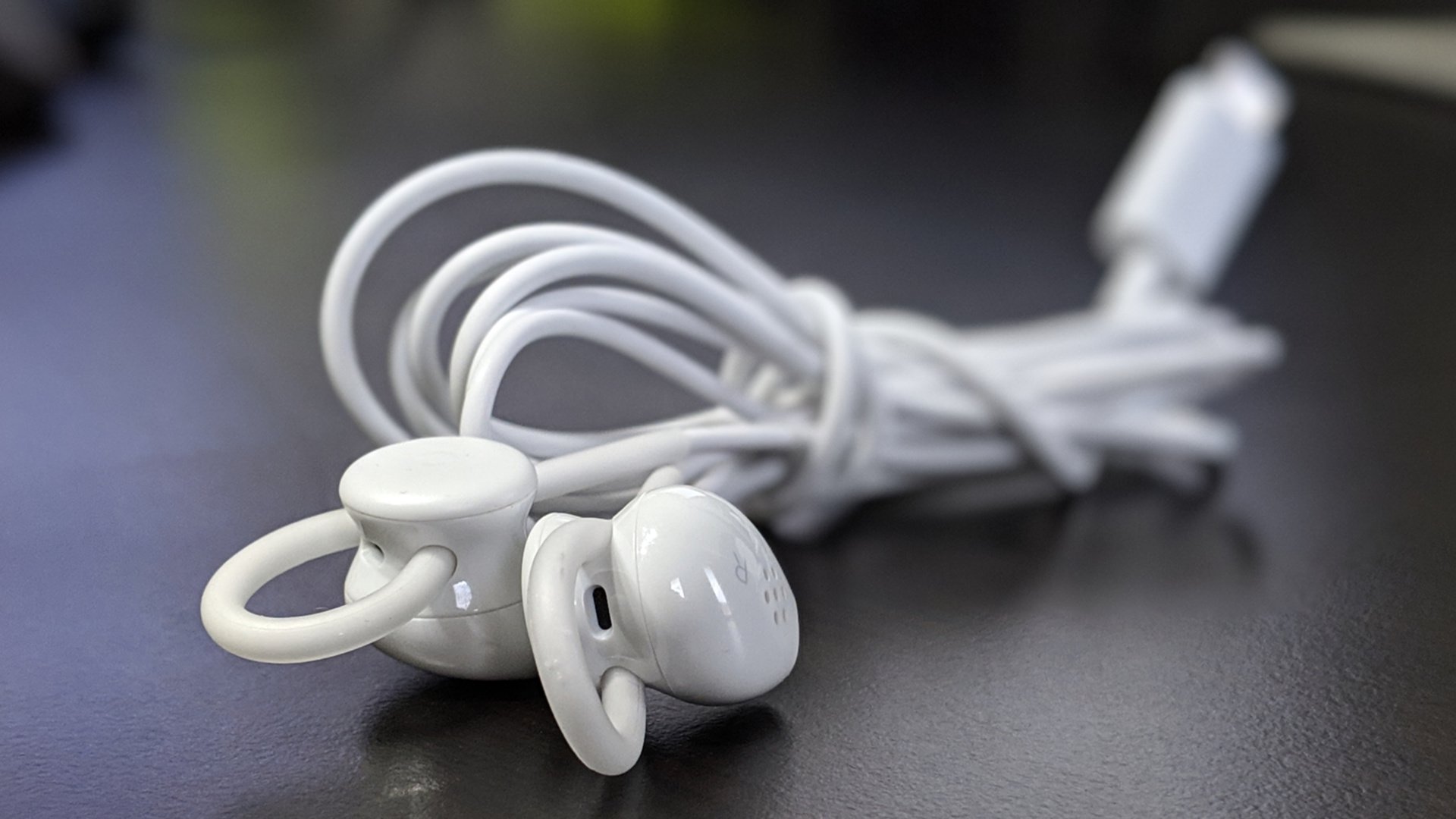 Similar to the Pixel Buds, the Pixel USB-C earbuds employ a looped cable to help ensure they fit in your ear. Think of earhooks that you can attach to your earbuds for running or more active lifestyles. It’s a design choice that we figured we’d see make its way to other OEMs but for now it’s definitely “Google”.

Out of the box we found them to fit nice and secure. Should you need to make an adjustment you may struggle a little bit; they’re a little slippery and require some effort to push into place.

For $30 we really like what we get here. It’s a price point we can work with and thus far the quality is commensurate, if not better.

Audio is even, smooth, and doesn’t have any distortion, even at higher levels. Spoken word from audiobooks and podcasts come across nicely with a crisp but warm sound. 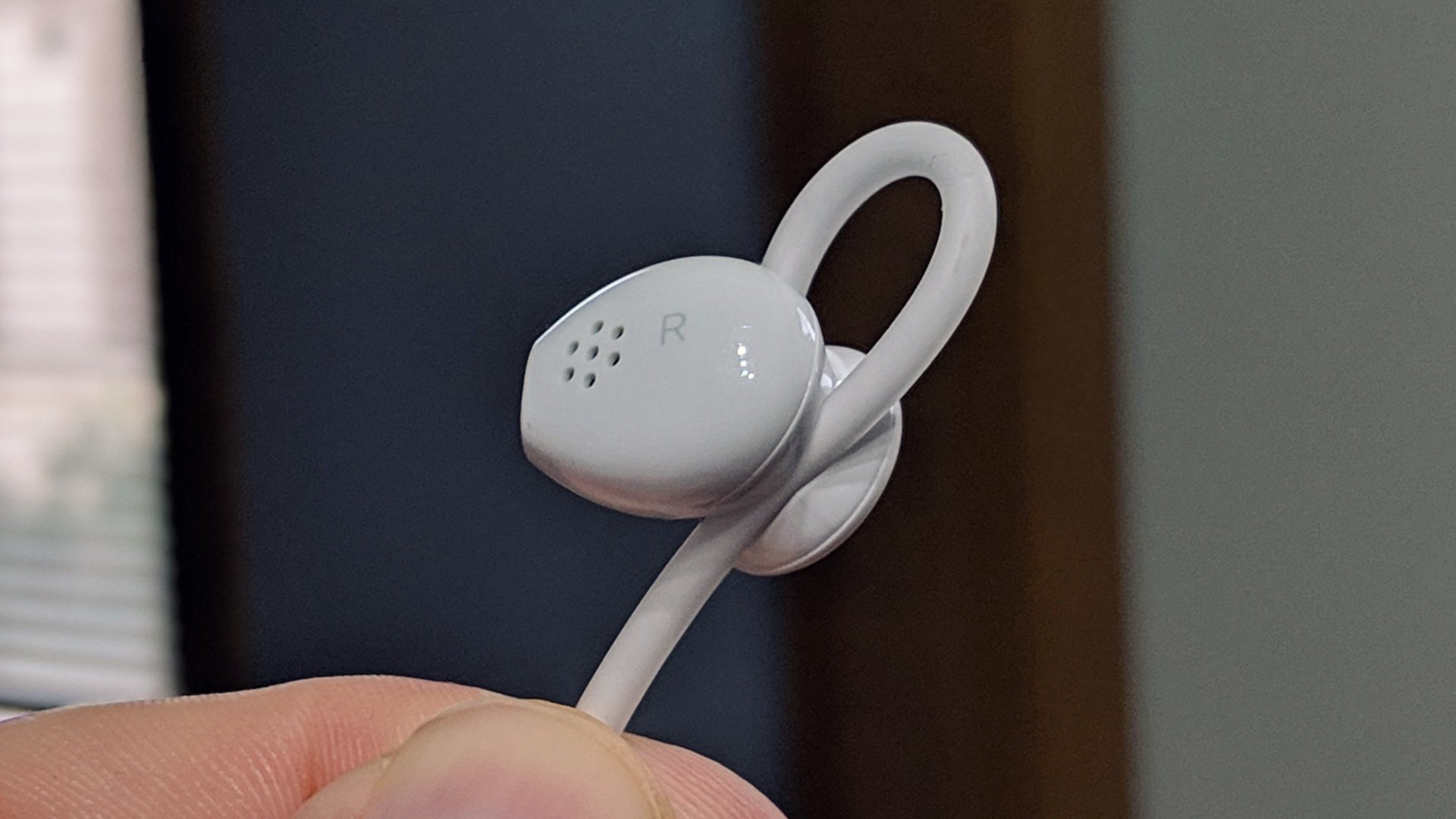 You won’t get any anything piercing or chest thumping, but that’s partially due to them being earbuds and not over the ear headphones. Along those lines, we detected a bit of outside sound bleeding into the audio.This largely depended on the environment and the level of music.

If you’re listening to a couple of people chit chat over an NPR podcast, you might hear the sound of traffic outside of a coffee shop. But, punchier music or something that’s a little more “exciting” drowns out the world well enough to satisfy us.

For many, the signature reason to purchase a set of Pixel Buds is the ability to translate language on the fly. But, at $160 that doesn’t come cheap. No more, though, as the $30 Pixel USB-C earbuds offer the same functionality.

If you’ve ever used it, there’s something really cool about the experience. It’s almost like being a member of the United Nations and having a translator in your ear. We’re really excited to see that these earphones are included in the box. 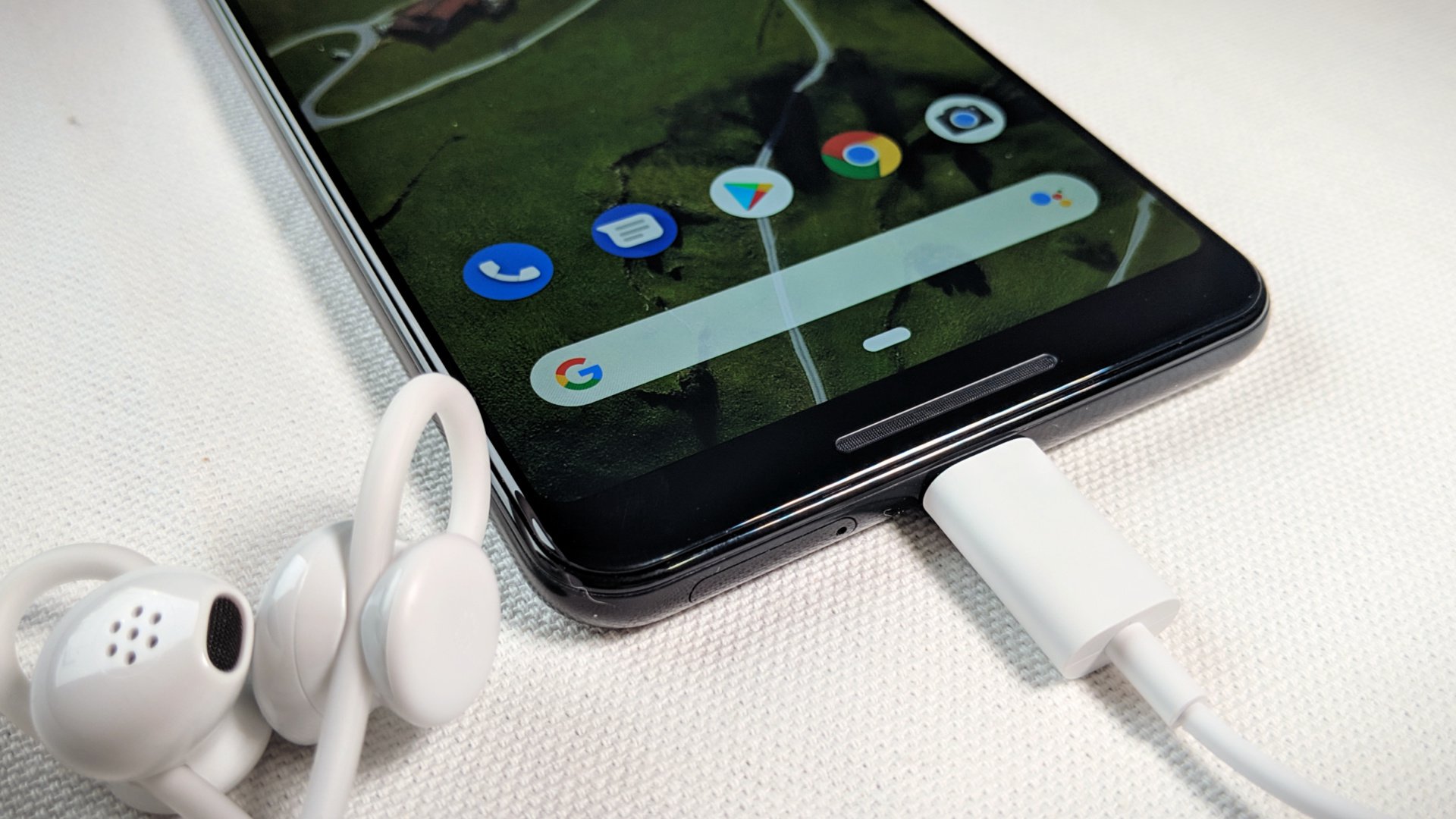 With that in mind, there will surely be other models to offer that same feature down the road. Google has promised that the tech is coming so we don’t know what price range we’ll have to work with. We suspect, though, that these will be somewhere in the middle or lower end.

We tested the Pixel USB-C earbuds with a variety of phones and found they worked as expected. The same goes for plugging into Chromebooks, too. Despite being the same port for charging or data transfer there’s no setup or or configuration.

If you’re at all in the market for a pair of USB Type-C headphones or earphones, these ought to be at the top of your list. The cost is right in line with the features and functions, plus the Google Assistant smarts add something you, for the most part, can’t get elsewhere. We’re glad to see these were included in the box with the Pixel 3XL and hope they stick around for successors. There’s nothing we’d want to see evolved at this point as they’re a no-frills pair to get by. Anything more and we don’t think Google would throw them in.