Internet security is a top priority for many these days, especially for those who travel a lot and regularly work on untrustworthy public Wi-Fi networks. Threats of tracking, monitoring, and data theft have seen an increasing number of the general public head for the reassurance of a VPN provider, but managing multiple phones and computers can be a hassle. Keezel, a portable VPN networking hub, aims to tackle these problems with a dash of convenience thrown in.

If you use a VPN service, you’ve likely already encountered the annoyance of having to install the VPN software onto all of your devices. The advantages to going the VPN route are obvious: you get …

Launched with an Indiegogo campaign back in 2015, Keezel is essentially a portable Wi-Fi hotspot with built-in VPN encryption capabilities. The idea is to offer protection on public WiFi networks, such as a coffee shop or airport, while also streamlining the connection process for multiple devices. It even acts as a power bank too, which is always a great backup to have when you’re on the road.

The hub’s main selling point is that rather than installing VPN software on each of your devices and manually connecting each to public Wi-Fi, the Keezel acts as a secure middleman for all your gadgets. Configure the Keezel and everything connected to it is secure and ready to go. I’ve been using the Keezel on and off while traveling for work for the past couple of months, so here are my thoughts.

The device used in this review was provided to Android Authority by Keezel, along with a premium tier VPN subscription.Show More 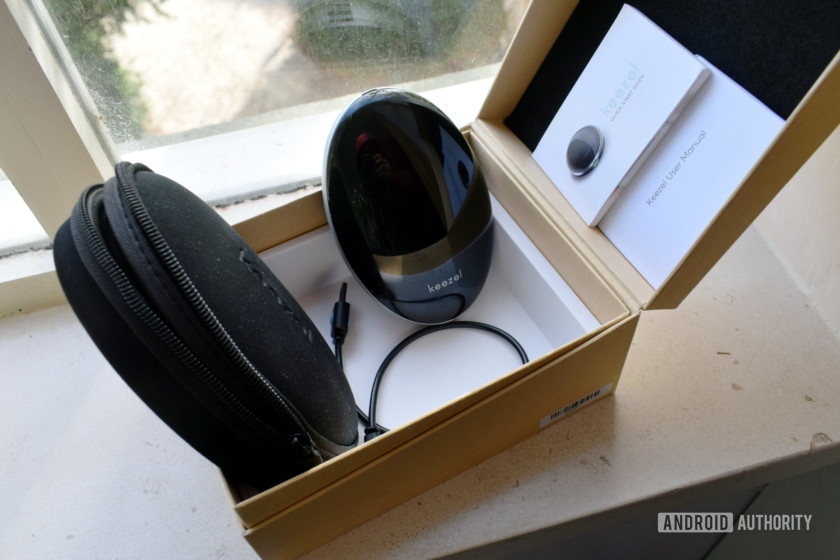 What’s in the box

In the box, you’ll find the Keezel itself, which is rather nicely designed — it’s neither too bulky nor heavy. There’s also a reversible USB Type-A to Micro USB connector (a nice touch), a carry pouch, and a couple of manuals to get you up and running.

Keezel packs in 802.11 b/g/n Wi-Fi support with both 2.4 and 5GHz modes available, with AES256 encryption used as standard. There’s a Micro USB port for charging the Keezel and a second USB Type-A port for powering up other devices, such as your smartphone. The little hub packs in an 8,000mAh battery, which is certainly enough to fully charge up any smartphone in addition to its regular duties.

The power bank feature is great for business and power users

The company expects the battery to last 20 hours or more on a single charge. Although this will vary on how much you download and the number of connected devices. I obtained multiple days of use on every charge, so battery life is certainly nothing to worry about.

Keezel offers a range of purchasing options. The basic package is priced at $179/199 euros, and comes with unlimited basic VPN use which is capped at 500kbps. There are one and two-year premium VPN options priced at $229/249 euros, and $289/289 euros respectively, which offer HD streaming speeds and many more global VPN locations. After your premium subscription ends, you can pay $60/60 euros for each additional year, which is reasonably competitive. Alternatively, a Keezel with lifelong premium costs $499/499 euros up front.

If you’re fed up of logging into public Wi-Fi over and over again for your laptop, and personal and business phones, Keezel is a breath of fresh air. It eliminates the tediousness of connecting up multiple devices while simultaneously keeping them all secure at no extra hassle.

Setting up for the first time on all your devices takes the same time as connecting to any other Wi-Fi network. It’s a familiar process — turn on your Wi-Fi, connect to your Keezel, enter your password and you’re connected. The hub pays dividends when connecting to unfamiliar networks thereafter, as all of your other devices automatically connect to the Keezel when you turn it on and all you have to do is configure the Keezel once to connect to the public Wi-Fi.

However, Wi-Fi connections can sometimes be slow to connect to devices and occasionally drop out just after powering on. This was only noticeable in busy public places. 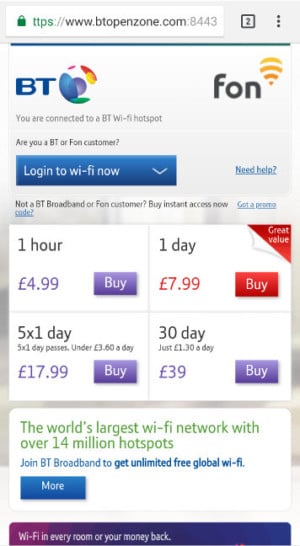 Connecting to public Wi-Fi is a simple enough procedure too. Head into any browser on a device connected to the Keezel and enter 192.168.11.1 or type Keezel. From there you can configure the network you want to connect to, log in through a portal if necessary, and change your VPN settings.

My only real complaint with the Keezel is connecting to public networks and swapping over to new VPN locations can be sluggish. It’s certainly slower than performing the equivalent function just once on your phone or laptop. Between 20 and 30 seconds might not sound like a lot of time, but it’s long enough for you to start questioning whether the Keezel is actually connecting. 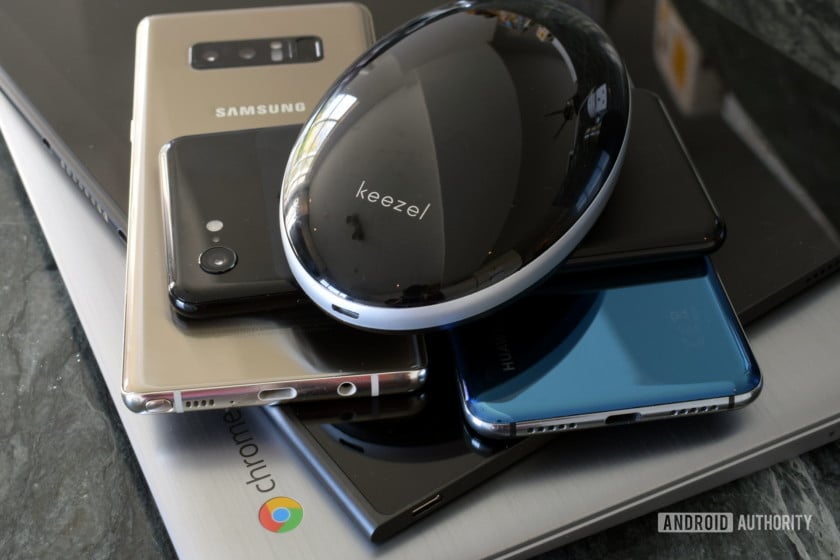 Keezel easily handles five devices connected to it at once.

How it compares to a VPN app

First up, Keezel works with virtually anything that can connect to Wi-Fi. You can connect your SmartTV, Chromecast, and even Xbox to Keezel for secure browsing and streaming. That’s a lot more options than any regular VPN app, though given the lack of a plug socket it’s definitely not intended for home use in that way. Perhaps I’ll have to start bringing a Chromecast with me for hotel room TVs.

Keezel partners with ProXPN, Le VPN, NordVPN, and PureVPN to offer a wide range of locations and plenty of bandwidth as part of your subscription. You can’t pick which partner your connection goes through, just which country the server is in. This relationship offers an extra layer of protection with the VPN providers though because to them you’re just an anonymous Keezel user rather than a potentially identifiable subscriber. 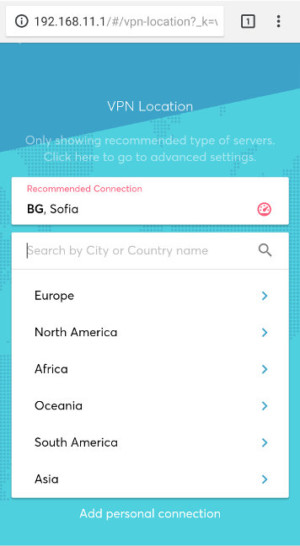 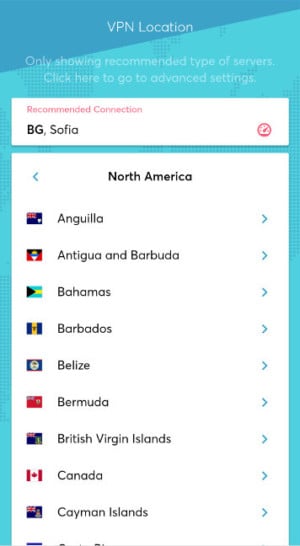 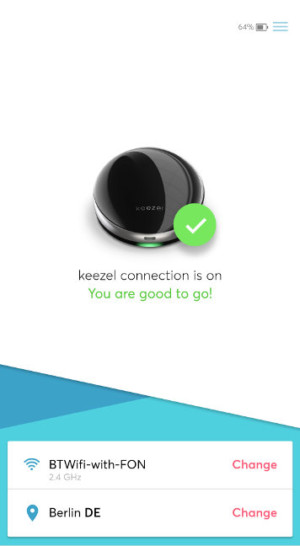 The premium tier VPN options are bountiful, with 160 different countries to choose from. Although the number drops off quite substantially with the basic service. Speeds are generally very good too, but as I mentioned before, connection times can be a bit slower than other VPN solutions.

Video streaming is certainly possible with the premium tier subscription. However, I found Netflix and some other U.K. streaming services didn’t work abroad when connecting back via the U.K. This is probably the result of new VPN detection systems rather than an issue on Keezel’s end, but it’s something to consider, since you can’t manually configure any VPN settings should you find an alternative provider that better suits your needs.

Keezel’s premium subscription is very competitive, and there’s a free option for light users too Keezel is almost the perfect solution

As a portable VPN hub, Keezel does everything you could want. It’s simple enough to set up and configure, connects to everything you can throw at it, and streamlines connecting multiple devices to a public Wi-Fi source. The longterm subscription costs are good value compared with the competition too. I can live with the occasional slow login and VPN location switch times, though it takes the sheen off an otherwise streamlined experience.

Virtual Private Networks (VPNs) are among the best security tools a web surfer can have. You can use them to surf otherwise seedy public WiFi with more security and privacy. They can even get around …

The Keezel certainly isn’t for everyone though. The lack of VPN provider settings will be a bugbear for more advanced users. Single device owners are better off with a dedicated VPN app, as Keezel has a high setup cost compared with subscription-only services. However, the wider range of providers and locations, superior device compatibility, and power bank functionality will bring Keezel into great value territory for some.

Ultimately, Keezel is targeted towards frequent travelers, business, and power users looking for extra security for multiple devices on the go. If that’s you, Keezel is certainly worth considering.