Would you pay a subscription to access lots of paid Google Play apps?

Would you rather pay one monthly fee to avoid paying for apps individually?

Enterprising developers tear through every line of code in Google apps looking for hints and hidden treasure maps that lead them to the next great feature on the horizon; it’s a bit like shaking your presents while you wait for Christmas to arrive. Over the last few months, rumors have been growing as more and more references to a mysterious “Play Pass” in Google Play Store are unearthed, and now the rumors are starting to converge on a single prevailing theory: “Play Pass” could very well be an app store subscription that gives users access to hundreds, thousands or millions of paid apps and/or games for a flat monthly fee. 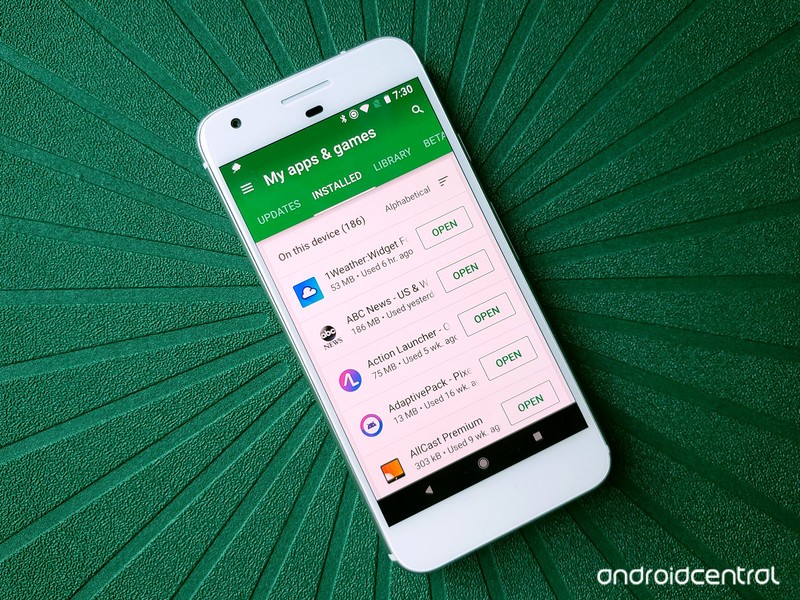 Buying a single app every now and again is fine for most folks, but buying apps or games frequently — or buying in-app bonuses every campaign — can turn users off of buying more apps or playing Android games. This would be a problem for Google, as mobile gaming is a lucrative market that the Google Play team has spent a lot of time and effort on improving the experience in for both users and developers, such as the ability to play a game before your buy or install it and the continued improvements to game progress syncing through Google Play Games.

Many apps have switched over to the subscription model on their own. For instance, I’ve subscribed to AutoApps from João Dias, the new owner of Tasker and a longtime Tasker plugin master. It’s a $1.35/month subscription, but after three years, I’ve paid $48.60 for the AutoApps suite of plugins, and that’s not an insignificant number. Favored Android home screen replacement Action Launcher likewise has offered monthly and yearly “Supporter” subscription options for fans to continue supporting his work, and I’ve probably given that another $20-$30 over my life as a themer, too.

Apps aren’t cheap, and subscriptions could lead to more revenue for developers long-term.

The references to Play Pass as seen by XDA Developers had previously been more vague, but the newest mentions found by developer Kieron Quinn refer to “PLAYPASS_SUBSCRIPTION”, which is pretty straightforward, especially when combined with a Google Opinion Rewards survey screenshot sent to Quinn by a friend that asked respondents how they felt about an app store that offered a subscription with **”access to hundreds of dollars worth of paid apps and games for a monthly fee.” 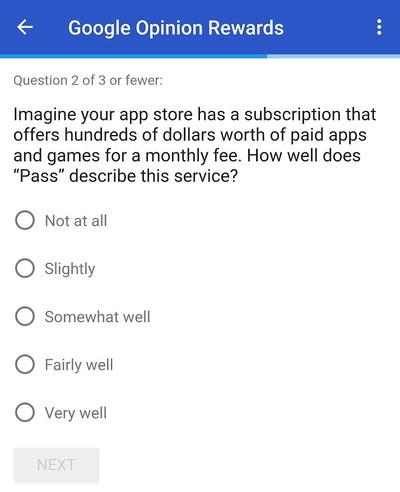 Media and entertainment subscriptions are nothing new, just look at Google’s “new” YouTube Music and YouTube Premium subscriptions. Spotify, Netflix, and Hulu are proof that a properly balances entertainment subscription can be a lucrative business, and paying a flat fee to unlock premium content in a catalog of apps and games is something Amazon’s FreeTime Unlimited does with child-oriented games. Google getting in on the action with Game Pass wouldn’t be unprecedented, but there are still a lot of questions and details that would have to be sorted out, with developers and within the Google Play system, before the service could be available to users like you and me.

Would you pay for a Play Pass to kiss individual app purchases and micro-transactions goodbye? Android developers, would you support your apps being included in Play Pass for a proportional percentage of revenue based on how much time users spent in your app? Do you know how much you’ve paid for apps up until this point? Do you think a subscription like this could increase app revenue on Android or choke it down if Play Pass users stop buying apps that aren’t included?