Xiaomi is raising the bar with the Mi Mix 3 in more ways than one. 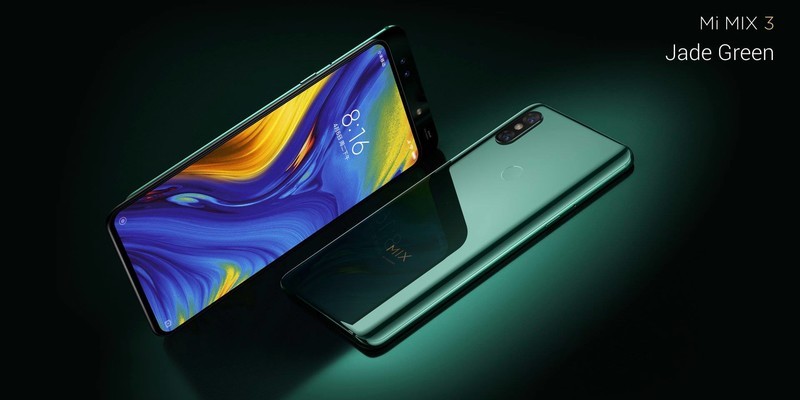 Xiaomi was one of the first major companies to adopt full-view displays, starting with the Mi Mix. The Chinese manufacturer was able to trim the bezels considerably on three sides, and moved the front camera module to the bottom bar. Last year’s Mi Mix 2 followed the same design ethos, but the company is switching things up with its latest flagship.

The Mi Mix 3 gets rid of the camera module on the bottom bezel, leading to a much more immersive display with a 93.4% screen-to-body ratio. Xiaomi was able to reduce the chin by 4.6mm, which resulted in an increase of 3.82% in the screen-to-body ratio from the Mix 2S. Shrinking the bezels has allowed Xiaomi to include a larger 6.39-inch AMOLED panel without a noticeable increase in overall dimensions. 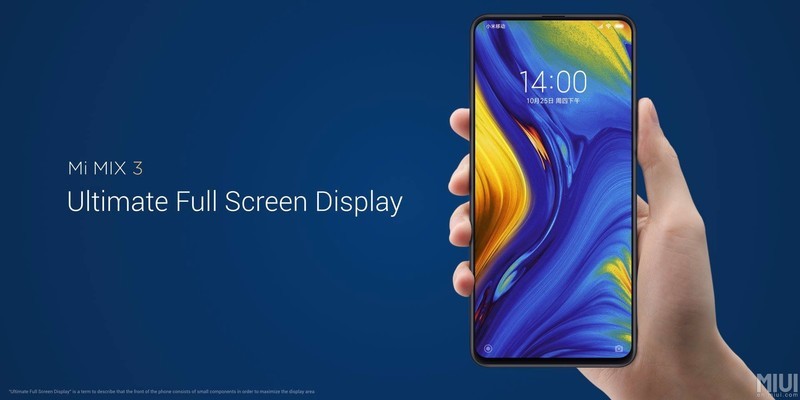 The AMOLED 19.5:9 display has a resolution of 2340 x 1080, but it’s what hidden underneath the panel that’s more interesting. Xiaomi is now offering a dual camera setup up front — with a primary 24MP sensor joined by a 2MP module — and they’re both hidden behind the display. Mechanised sliders aren’t new, as we’ve seen on the likes of the OPPO Find X and the Vivo NEX, but with the Mix 3, the entire display slides down to reveal the cameras. Unlike the Find X, there’s a traditional fingerprint sensor at the back. 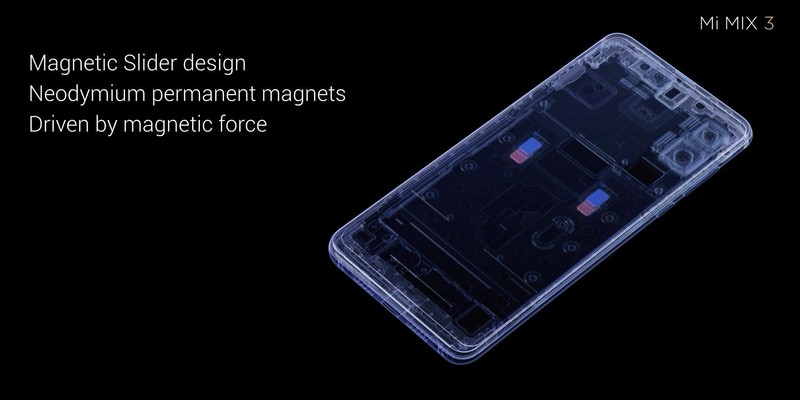 Xiaomi is saying that the magnetic sliding motor has a life expectancy of 300,000 cycles, but it’ll be interesting to see if that claim holds up in real-world usage, particularly after a few months’ worth of dust has accumulated in the crevices of the device. Xiaomi is touting a few use cases for the slider, such as answering calls, taking selfies, launching an app, accessing the shortcuts drawer, and more. Like the NEX, you’ll be able to choose from several preset sounds for the slider, with five sound effects available.

The front 24MP camera features the same slate of AI features that Xiaomi is offering in the Mix 2S, and the secondary 2MP lens is designed to facilitate depth of field. At the back, the primary 12MP camera with 1.4-micron pixels is joined by a 12MP telephoto lens, and it has OIS, portrait mode, and AI scene detection. The camera is also able to shoot 960fps slow-motion video, and with the Mix 3 getting a score of 103 on DxOMark, it is Xiaomi’s most capable shooter thus far. The Mix 3 retains the ceramic back of its predecessor, and will be available in three color options: black, jade green, and blue. The phone also offers wireless charging, and Xiaomi is throwing in a 10W wireless charger in the box. The Mix 3 also features Qualcomm’s Snapdragon 845 chipset, NFC, dual-frequency GPS, 4×4 MIMO, global LTE bands, and there’s a variant that comes with 10GB of RAM. Xiaomi is also set to launch a model in European markets next year that will offer a 5G NR modem.

What do you guys like the most about the Mi Mix 3?