Freedom Mobile is rolling out RCS support for Android Messages

You’ll need to be running Android 5.0 or later with Android Messages v3.6 or newer. 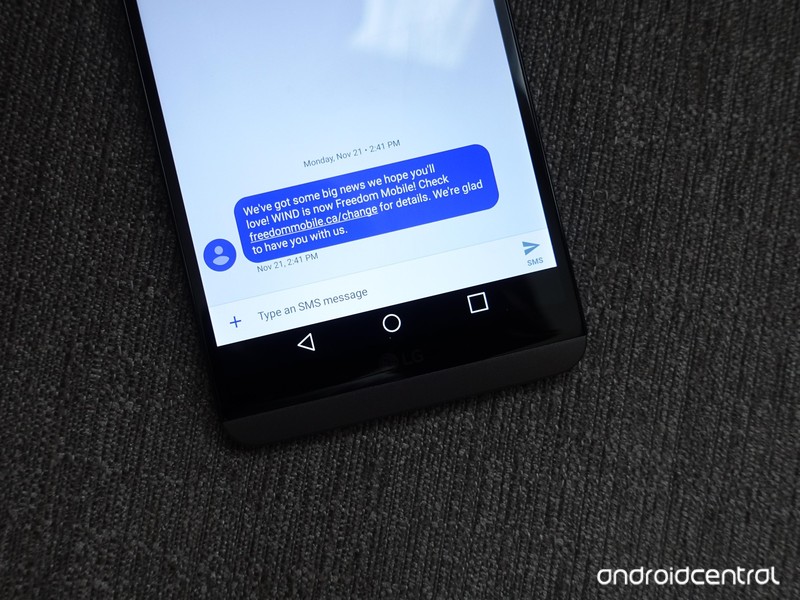 Since iMessage won’t be coming to Android anytime soon, Google’s been hard at work to build up its own version of the popular messaging service using RCS technology and its excellent Android Messages app. On Thursday, October 11, Freedom Mobile announced that it’s now rolling out RCS features for its subscribers.

If you’re on Freedom Mobile and use Android Messages, this means your basic SMS texting is about to get a big upgrade. You’ll be able to see when people are typing, know when someone’s seen your message, send higher-quality photos + video, have group chats that don’t suck, and more.

Out with the old, in with the new.Take your texting game to the next level with @Google Rich Communication Services for Android, rolling out to all compatible devices over the coming weeks. https://t.co/xOyBI82UOz 👏 pic.twitter.com/qYgJCmoVqr

The person you’re talking to will also need to be using Android Messages on a network that supports RCS in order for this to work, and Freedom Mobile says it should be available for all compatible phones “over the coming weeks.”

To get RCS set up, you’ll need to have a phone running Android 5.0 or later and make sure that your Android Messages app is updated to at least v3.6. To check and see if everything’s working, open Android Messages, tap the three-dot menu icon, and go to Settings -> Advanced -> Chat Features -> Enable chat features.

Google ‘Chat’: Everything you need to know