What? A leaked Google product? 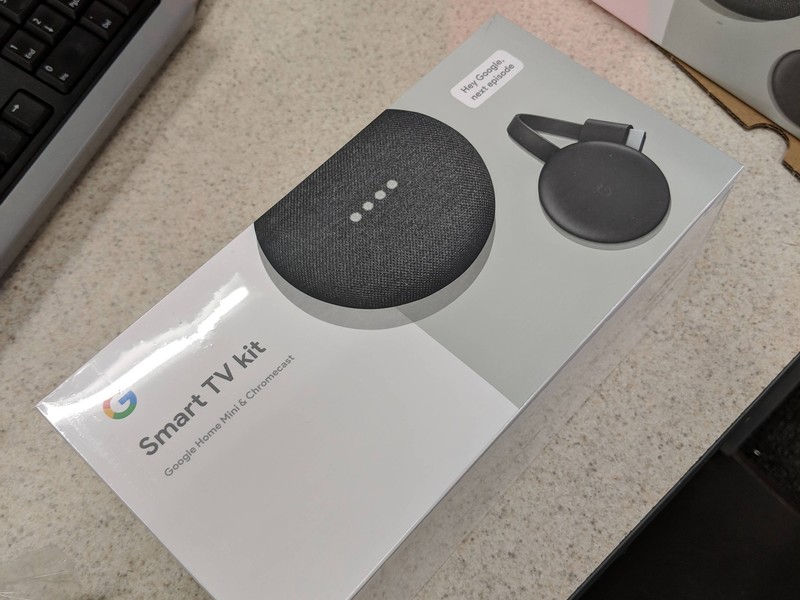 Google’s big hardware event is nearly upon us, and leading up to this, we’ve already learned a lot about the Pixel 3, Pixelbook 2, and Home Hub. Now, we have eyes on a new “Smart TV Kit” that’ll bundle a Google Home Mini and 3rd-generation Chromecast.

You can actually purchase a similar bundle at Walmart that includes a Home Mini and current 2nd-gen Chromecast, but this new bundle comes with the 3rd-gen model that was also previously leaked.

There’s no official word on pricing for this updated bundle, but we’d expect it to have a similar cost to its predecessor at $74.

Do you plan on getting this Smart TV Kit when it’s likely announced on Tuesday?