Unlike the static photos of the Muggle world, in Harry Potter’s, photos come to life. For anyone who has seen the fantasy films or read the books, moving photos are one of those fun elements of the Wizarding World, the universe first introduced by J.K. Rowling in the book, Harry Potter and the Sorcerer’s Stone, 20 years ago.

But thanks to augmented reality, smartphones, and the Lifeprint instant printer, moving photos are now a thing (sort of) via the Harry Potter Magic Photo and Video Printer and App.

The printer is a partnership between Lifeprint and Warner Brothers. It uses Lifeprint’s instant printer technology (based around Zink), but adds features from Harry Potter that make it more than a standard Lifeprint device. Available in black or white, gold trim and graphics make it look like a magical gadget from the Wizarding World (or a prop from the movie set, however you want to view it). Each printer can be customized to its owner, and this includes adhesive medallions that show which Hogwarts House he or she identifies with (wand and robe not included). 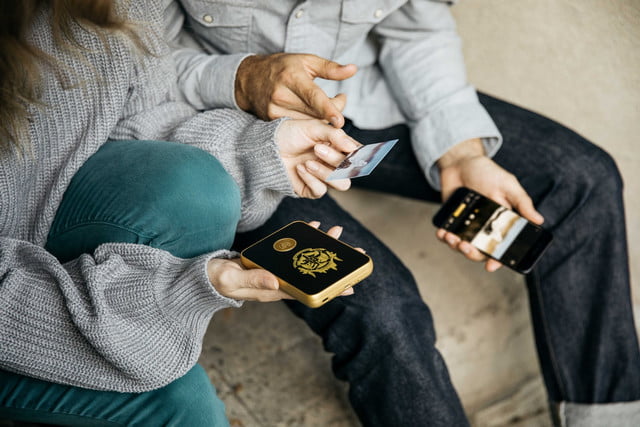 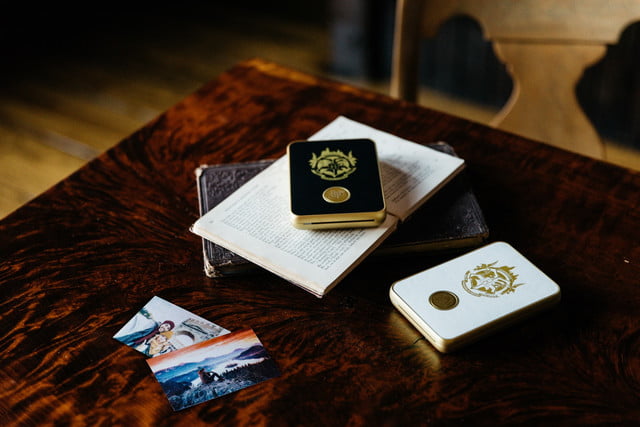 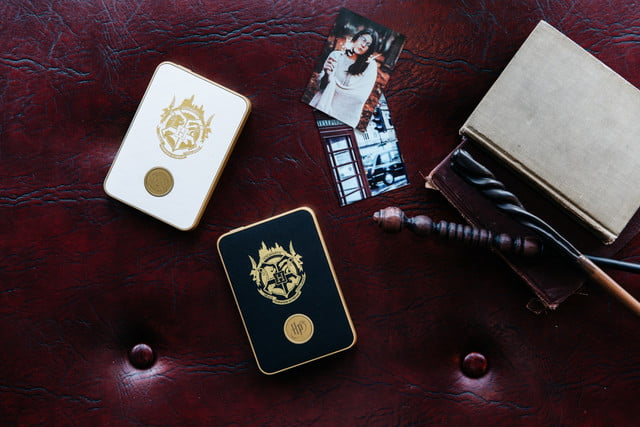 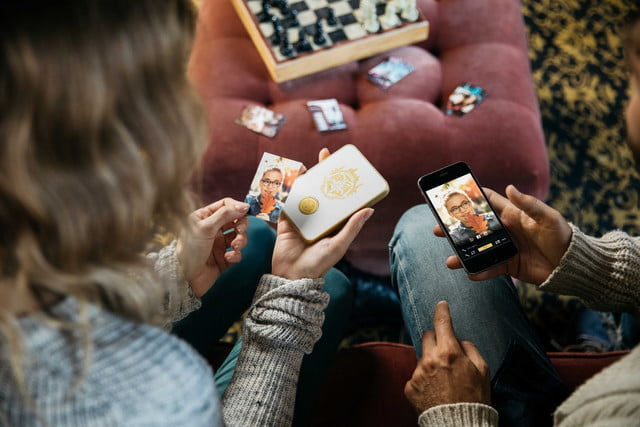 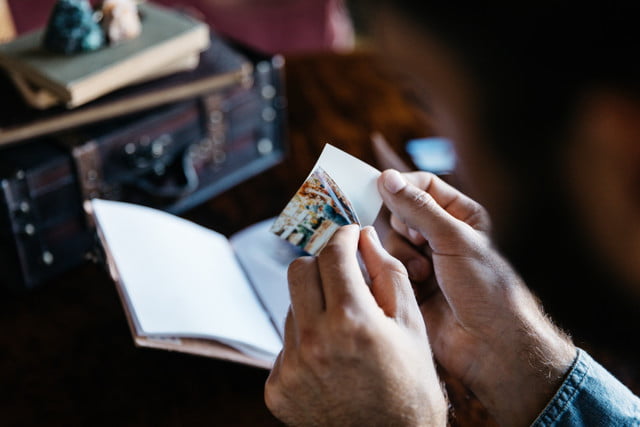 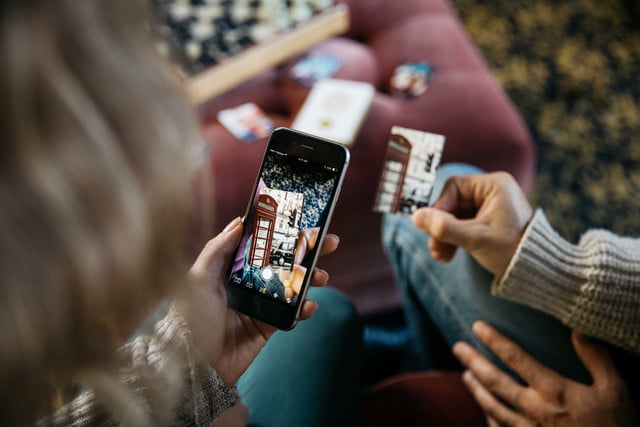 But the neat trick of this printer is the AR function. Lifeprint devices themselves are a bit magical, in that they don’t use any ink (with Zink, the ink is embedded into the paper, and colors of the image are revealed when heat is applied). And while the printed photos (called HyperPhotos) will always be 2D images, they “come to life” when you scan them with the Lifeprint app (iOS and Android), revealing a video related to the photo or a special message from a friend.

The AR function is created within the app: Simply take a photo or choose one from your camera roll, add the AR elements, and then share either by printing it and giving it to a friend, sending a digital copy, or uploading to the Lifeprint community’s “Explore” tab.

Of course, Harry Potter printer owners can unlock additional features that are exclusive to them. Once the printer is paired (it uses Bluetooth, and setup is straightforward and easy), you’ll find Snapchat-like AR facial filters (Mad-Eye Moody, anyone?) and stickers (Snitch, owls, the Dark Mark, etc.). According to Lifeprint co-founder Robert Macauley, there will be additional content in the future. And through the app, fellow Harry Potter fans can mingle and share their moving photos — creating a sort of Harry Potter fan community within Lifeprint. 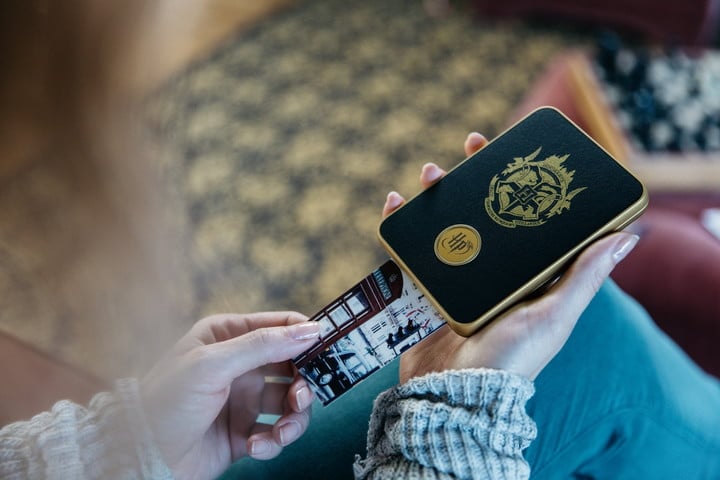 Although we’ve been playing with a unit for a week, the Harry Potter-themed elements weren’t available at the time of writing. We have been using it as a standard Lifeprint printer, and found it to be easy to use. We will update this page with more impressions when the updated app is available.

Other than the Harry Potter features, the printer functions like a regular Lifeprint device. It prints onto 2 x 3-inch Zink with a sticky back, and the printer is lightweight and compact, and recharges over USB. Macauley said the print engine in the Harry Potter printer is different from the original Lifeprint printer, and is actually improved. Zink, admittedly, isn’t our favorite instant photo technology, as we find the color saturation to be off and unpleasing to look at. The color reproduction has improved in the Harry Potter printer, but it’s still not a “perfect” photo. Still, it’s the fun AR function that’s the selling point, and Macauley said a future update should improve the quality further.

While a professed Harry Potter fanatic (he can’t wait to send one to author Rowling), Macauley told Digital Trends that the idea for the partnership actually stemmed from users who commented on social media, comparing the AR feature to moving photos from Harry Potter. When Macauley and his team read those comments, it was a no-brainer. Non-Harry Potter fans may sideline this as another marketing gimmick, but they would be underestimating the community that loves the books and films.

The printer is available for pre-order at Amazon, for $150 — a $20 premium over the standard Lifeprint 2 x 3 printer. It will go on sale on October 22 at select retailers. Harry Potter fans can add it to their holiday wishlist now.