Amazon Echo vs. Dot vs. Tap vs. Spot vs. Show: Which should you buy?

Which Amazon Echo is best for you? I have no idea. But here’s how I’d approach each one. 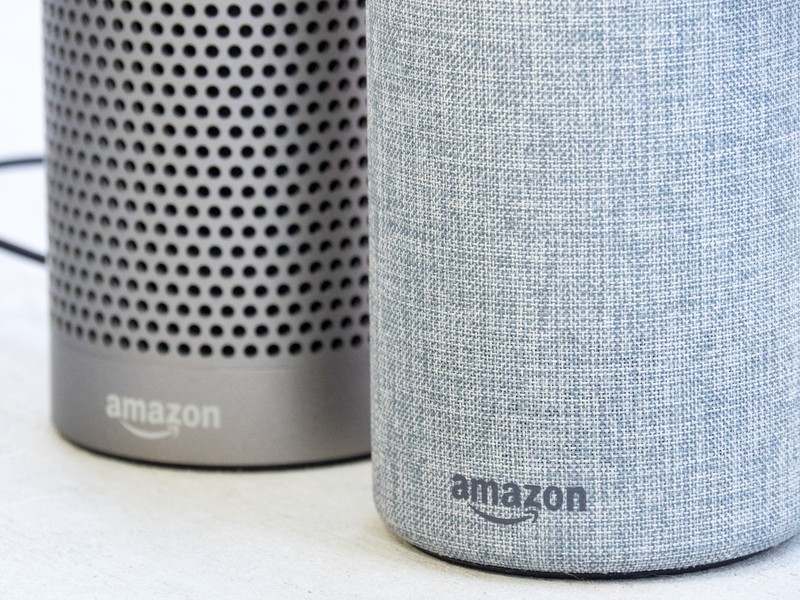 I own too many Amazon Echo speakers. From the original Echo to the Echo Dot and the newfangled Echo Show with its screen and camera. Plus the Amazon Tap, and Echo Look, which you can’t even buy without an invitation. (And you probably shouldn’t but it, for reasons I’ll get into in a second.)

This isn’t a cookie-cutter list of all the Echo speakers and why you should buy them. Hell, a couple I think you probably should stay away from. This is a list of how I see things after having used them all for months and months. Hit the links below to jump on down to the Echo that tickles your fancy.

Echo Dot: The best Amazon Echo for starting out

Start simple. If you’re just not sure about this whole Alexa thing and really don’t know how much you’ll get out of an Amazon Echo, it’s best to not spend a lot of money. Start with an Echo Dot.

The Echo Dot costs $49 retail, but it’s not uncommon to see it on sale for as low as $30. And at that price it’s kind of a no-brainer. Buy one and give it a go.

Another pro tip here is to buy more than one at a time. Amazon typically has deals if you buy multiple Echoes Dot at one time — $20 is the usual savings. So if you’re like me and you know you’ll want to stash a few of these around the house, save yourself a few bucks and take advantage.

Amazon has completely redesigned the basic Echo for 2017. It’s shorter than the original and more squat in stature. And you can get one clad in fabric for $99. That’s not a bad buy, and it’s what I’d recommend for someone who wants to get something better than the Dot, but still not spend more than a hundred bucks. The sound quality is decent for that price. Can you get something better? Yeah. But not for less money.

If you want to spend a little more, though, $119 will get you a new Echo with a wood veneer, or in matte plastic. I’ve found the fabric to be plenty good, though.

Amazon has a new Echo Dot that is made especially for kids. Or, really, it’s a perfectly ordinary Echo Dot that comes with a nice little case (because kids apparently will be prone to breaking these sorts of things that aren’t really meant to be moved in the first place) — and a free year’s access to Amazon Freetime Unlimited.

That’s the part that actually justifies the $80 price tag. (That’s $30 more than the Echo Dot at retail, and $40 more when it’s on sale.) Amazon Freetime Unlimited gives you (and your kid) access to a whole bunch of kid-friendly content, including books, music, games and more. Plus parents get access to the Amazon Parent Dashboard, which lets you set how long the kid can use any of this newfangled tech. It’ll also block non-kid-friendly content, shut off the Echo Dot at bedtime, and teach your kids to remember to say please and thank-you to not-quite-sentient tech. (We have a feeling that’ll be more important than we realize at some point.)

Amazon Echo Plus: The best-sounding Echo yet 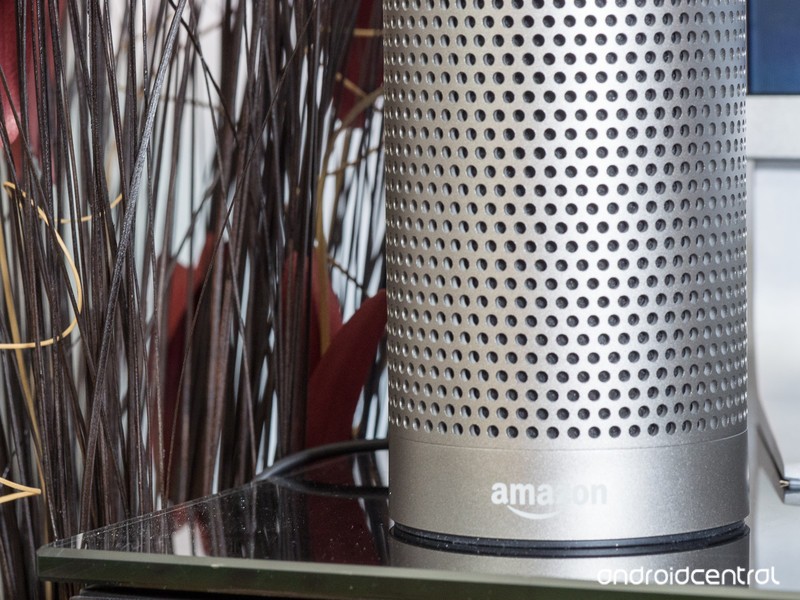 Amazon decided to keep the tried and true Echo design, but give it better internals. That gives us the $149 Echo Plus. It sounds a little better than the previous-generation Echo, and definitely better than the current 2017 model. It comes in the same matte plastic, but now you can get silver in addition to black and white.

Also new for the Echo Plus is the ability to serve as a smart home hub — if the devices you’re looking to support use Zigbee to connect. (You’re forgiven if you don’t know what Zigbee is — it’s not something an end user should ever have to worry about.) It likely won’t solve all your smart home problems, but it’s a nice little addition nonetheless.

If you take the Echo Show and shrink it down, this is what you’d get. It’s a $130 Echo clock with a decent (but not overly great) speaker and a 2.5-inch display. You’ll get the time, of course, along with weather information and the same semi-useful headlines as on the Echo Show. Plus it’ll make phone calls and video chat with other Spots or Shows. (Yes, that means there’s a camera pointed into your bedroom.)

This is a great-looking device, but it’s not inexpensive, and it’s only $10 less than the much larger Echo Show, which will be better for the video it can still display. 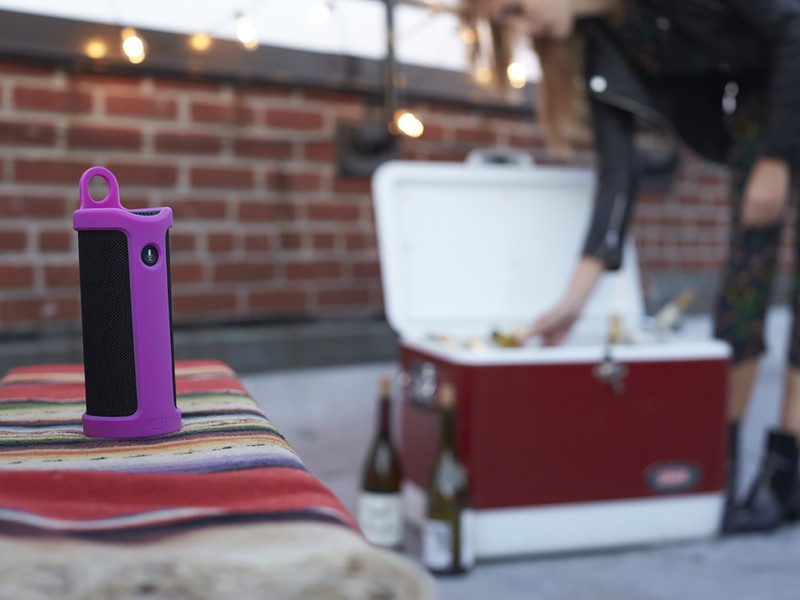 For whatever reason, this isn’t an “Echo” device. It’s “Alexa-enabled.” OK. (Maybe it’s because the “Alexa” hotword isn’t enabled by default, and instead you’re supposed to push the microphone button.) But no matter. For all intents and purposes it’s an Echo, and it’s meant to be portable.

The Tap has a charging base that allows you to just pick up the speaker and take it wherever you want. And it sounds decent. Not great, but good. Good enough for $129 retail, though? Eh, now Amazon is starting to ask a lot — particularly when you can get a portable battery base for the original Echo for just $50 and get a much better speaker for your troubles. Or you could stick an Echo Dot in this little cordless speaker and get a decent experience — again, for just $50.

On the other hand, the Amazon Prime Day price drops to $89, which is far more palatable.

Personally, I don’t really see the necessity of a portable Alexa speaker — especially since the speaker itself is going to need to be connected to the Internet at all times for the Alexa stuff to work. And hotspotting to your phone just isn’t something I want to bother with.

Your money probably is better off with any other Echo — or just a traditional Bluetooth speaker.

Echo Show: Will it ever get better?

I was an early fan of the Echo Show — the potential for an Alexa-enabled device with a large touchscreen is enormous. Unfortunately, it’s yet to pan out in the first few months. The headlines you get are pure fluff, with very little actual news, if ever — and Amazon says it’s done this on purpose.

Then Google decided to not let YouTube videos play on the Echo Show — likely because Amazon’s implementation was doing so without advertising. That killed one of the few reasons I’d actually recommend the Echo Show.

And then there’s the fact that very few Alexa Skills actually take advantage of the display in the first place. It’s a novelty at this point, not a necessity — even though making video calls on the Echo Show is still a great experience.

Echo Look: How much do you care about what you wear?

There’s a pretty good chance you shouldn’t buy the Echo Look. Unless you really care about fashion — to the point that you want to take a picture of what you’re wearing and send it to Amazon for cataloging and analysis — then you’ll just want to ignore this. For that’s what Echo Look is good at. It’s got a camera and its own app for taking your picture from head to toe, and it does a nice job of highlighting you while downplaying everything else.

From there it lets you flip back through what you’ve worn day after day, and you can have it compare two outfits and decide which it thinks looks better on you. (To varying degrees of success, I found.)

You very much will get out of Echo Look what you put into it. I don’t care so much about what I’m wearing, so this wasn’t really $200 well spent for me. Your wardrobe mileage may vary.

And in case you missed it, the Echo Look has graduated from invite status and is now available for anyone to purchase.