The BlackBerry KEY2 is in a market with no competitors — but is that enough to make it sell? 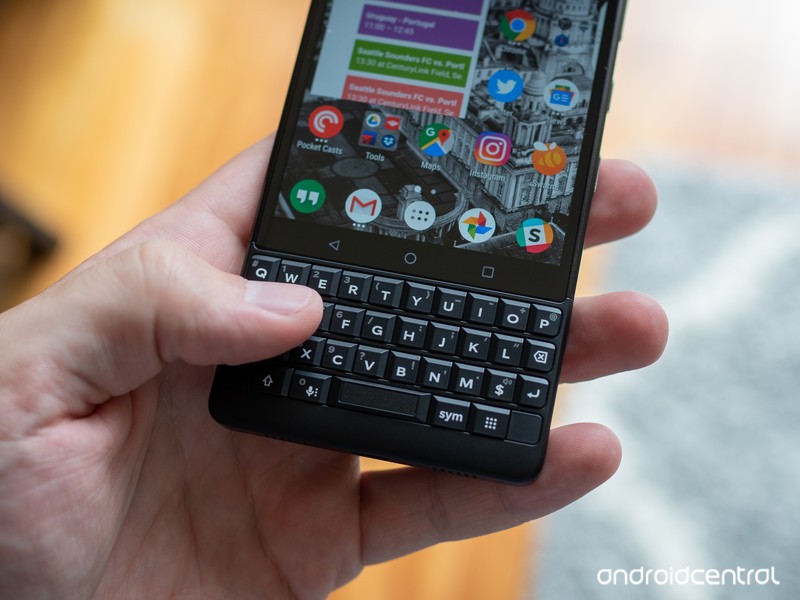 It’s the only modern smartphone with a hardware keyboard, but I’m not sure that’s enough.

I’ve been using my BlackBerry KEY2 for about a week and a half now, and I haven’t been doing so begrudgingly or out of any sort of obligation — I’ve continued to carry it by choice. I’m not here to talk about my personal takes on the KEY2 as a device — that’ll come later in a specific review, and Daniel wrote up a brilliant full review of the phone already that I recommend you read. But I want to keep using the KEY2 so I can try to wrap my head around just how big the potential market is for this phone; for a smartphone with a hardware keyboard in 2018.

In a world of increasingly homogeneous smartphone designs and feature sets, we often talk about markets segmented by price, retail availability and size. Phones have some differentiations, but with lots of feature and spec overlap, price and availability become defining factors when people are making a buying decision. Seldom do phones differentate themselves with a single feature or design choice to the point where it has no other direct competition. Yes, there are certain features that weigh more heavily for some consumers than others, like a headphone jack or camera feature, but those aren’t strong enough to keep a single phone completely separate and unable to be compared to others in the way the KEY2’s keyboard does. 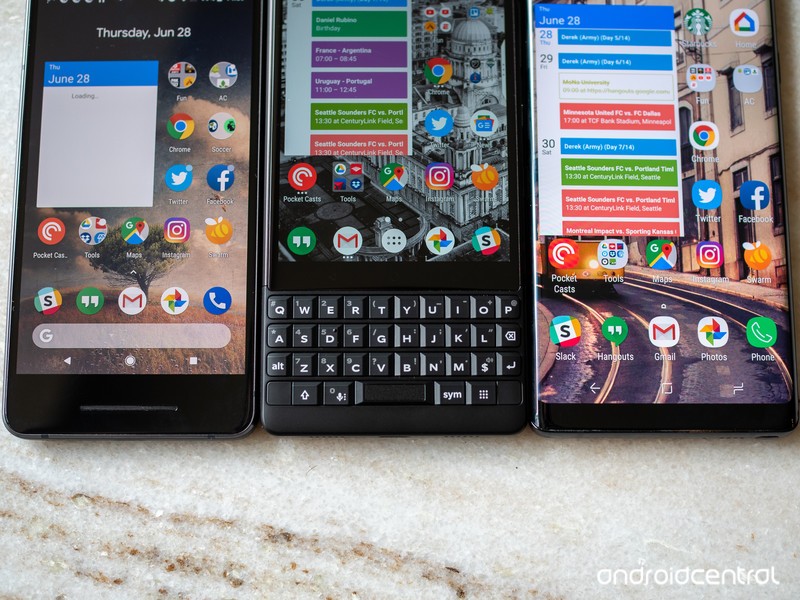 We know the KEY2 isn’t perfect — its screen, cameras and speaker leave much to be desired. But at the same time, it almost doesn’t matter, so long as these downsides are still in “good enough” territory, because the KEY2 appeals to a single market: people who want a hardware keyboard. The question people following the smartphone world have is, just how many people out there are willing to make a smartphone buying decision based purely on having that hardware keyboard?

There’s little doubt that some people want a smartphone with a hardware keyboard. There’s the nostalgia factor, of course, harkening back to a decade ago when people loved their BlackBerry. But there are also some people who stuck with the increasingly rare hardware keyboard devices up until a couple years ago. They legitimately prefer the tactile feel of keys to tapping on glass, even if they inherently know that it isn’t quite as fast or versatile as a full touch screen device. There are people out there for whom a hardware keyboard is the best way to use a smartphone.

The KEY2 is truly unique, but is that a selling point or a sign that it’s the only product in a nonexistent market?

TCL won’t break out any sort of sales figures, but it’s a safe assumption to say that the KEYone didn’t sell in amazing volume. Even with various different color versions, RAM bumps and worldwide availability, it didn’t sell well enough for the company to make any noise about the numbers. You could argue that was because of the phone’s myriad issues and not the existence of a hardware keyboard … but it seems to me it’s simply due to the market for hardware keyboarded smartphones being downright tiny nowadays. And the KEY2 isn’t going to change that, considering it’s just a much-improved KEYone rather than an altogether new take on the form factor.

The KEY2’s keyboard works quite well. In a typing test, I’m roughly as fast with it as I am typing at an on-screen keyboard. And that keypad offers a lot of extra features that BlackBerry should be touting more than it does. But it’s still a relic of the past — an antiquated input method that most people gave up on 5 years ago, if not a decade.

Only TCL knows the KEY2 sales figure that’s considered a “success,” and I hope the company is pragmatic enough to not expect it to sell in the double-digit millions per year. It stands to reason that the KEY2 will have to sell much better than the KEYone did to justify continuing to develop this hardware keyboard product line, though, and I’m just not sure it can. Even when it’s a phone available in a market with no competitors.