Samsung Galaxy S8 and S8+: Everything you need to know 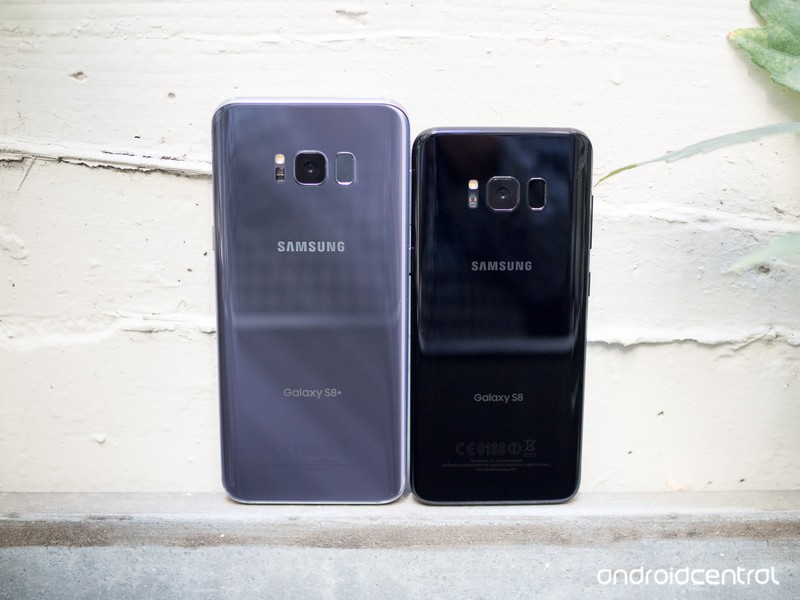 The Galaxy S8 and S8+ have already been around for over a year, but they’re still among the best phones you can buy.

Samsung is an absolutely massive player in the smartphone space, and that all comes down from up high with the flagship Galaxy S line. The Galaxy S8 and its larger partner the Galaxy S8+, build on the core features and experiences from the Galaxy S7 and bring things into the future with great new design and a few eye-catching features that were all new for 2017. They go along with the Galaxy Note 8, which is slightly bigger and features an S Pen stylus, to form a trio of great hardware and meaningful software updates.

Here’s everything you need to know about the Samsung Galaxy S8 and Galaxy S8+.

The two phones, which are only differentiated by their screen size and battery capacity, come in at 5.8-inches and 6.2-inches with extra-tall 18.5:9 aspect ratio displays. That battery difference is pretty subtle: 3500mAh for the Galaxy S8+ and 3000mAh for the standard Galaxy S8. You may note that the Galaxy S8+’s battery is actually 100mAh smaller than the Galaxy S7 edge of last year, while the Galaxy S8’s is the same size as the Galaxy S7 despite being a larger phone.

Though the batteries haven’t increased in size, the hope is that the improved efficiency of the new 10 nm processor inside — that’ll be the Qualcomm Snapdragon 835 or the Samsung Exynos 8895, depending on the region — will provide some help. The processor is backed up by 4GB of RAM, an increase to 64GB of storage, and of course a microSD card slot. Waterproofing and wireless charging are still here as well, plus a new USB-C port on the bottom. The rear camera is unchanged in terms of its 12MP sensor and f/1.7 lens, but has improved processing thanks to new software and a new ISP (image signal processor).

This is some beautiful hardware all around.

The overall design for the phones is identical on both sizes, and is still shimmering glass and metal much like the previous generation. It’s punctuated by the long edges of the displays curving subtly off the side, more so like the Galaxy Note 7 than the more dramatic Galaxy S7 edge — and to that point, there is no “edge” model here, as both phones sport the curves.

The displays have an 18.5:9 aspect ratio with a QHD+ resolution, meaning they’re extra tall while staying relatively narrow. Samsung has also moved to on-screen buttons and reduced bezel size dramatically in order to fit as much screen into the body as possible. That necessitated the movement of the fingerprint sensor to the back of the phones, where it sits somewhat-awkwardly next to the camera lens. Iris scanning makes its return in a new-and-improved version from the Note 7 to try and pick up the slack.

Get familiar with all of the Galaxy S8’s specs

Samsung is trying to drive a narrative that we’ve moved beyond specs (and you can definitely argue that we have), but the enthusiasts will always want to know the details of what’s powering the latest phones. You get just about everything in here that you’d expect

As for the two different models, the Galaxy S8 and S8+ are identical internally aside from the batteries and of course screen sizes.

Notable camera improvements on the GS8

On the face of it, the spec hounds among us won’t be satisfied with the fact that Samsung has stuck with the same camera specs from the Galaxy S7 in the new Galaxy S8. Yes, that means we’re looking at a 12MP “Dual Pixel” camera with an f/1.7 lens — but remember that the software and ISP (image signal processor) have been improved since last year, and this was arguably the best camera of 2016. On the other side, Samsung has completely revamped the front-facing camera to an 8MP unit with autofocus — all the better for your selfies of all types.

How does it all come together? Here’s Daniel’s take from our Galaxy S8 review:

Since the Galaxy S8 has the same fundamentals as its predecessor, it’s still one of the fastest, most reliable cameras on any phone. […] Unlike some of the other substantive hardware improvements, the Galaxy S8’s rear camera is another solid effort, but not more.

The Galaxy S8 has what it takes to capture wonderful photos with extreme reliability, but unlike this time last year, it is challenged overall by the flagship competition — namely the LG G6, Google Pixel 2 and HTC U11.

Everything you need to know about the Galaxy S8’s cameras

There are some new software features in the Galaxy S8

As Samsung often does, we got a good sneak peek at the Galaxy S8’s software experience in the form of the Android Nougat update for the Galaxy S7 and S7 edge. But there are some changes to make note of.

What you’ll find on the Galaxy S8 is very similar in terms of its design, core apps and behaviors, but you’ll also find a new launcher layout, new icons, on-screen buttons and of course a bunch of new features. Not the least of which being Bixby, DeX, S Pen-styled note-taking features and more.

After a rocky start, Android 8.0 Oreo rolled out the the Galaxy S8 in spring 2018. Standard Oreo features such as notification channels, Google’s auto-fill service and general speed improvements are all present. There are also Samsung-exclusive features such as Edge lighting and improvements to the always-on display. The experience overall should be familiar for current customers, with subtle but meaningful improvements.

This is Samsung’s DeX desktop dock for the Galaxy S8 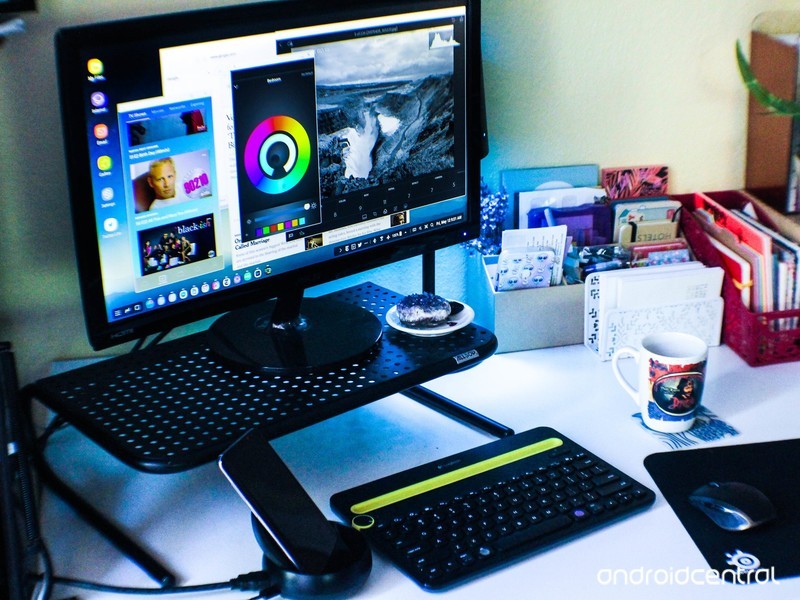 Far on the other end of interaction from Bixby is the new “DeX” desktop docking system for the Galaxy S8. It’s a little piece of hardware no larger than a wireless charger that lets you plug in your Galaxy S8, attaching it to a keyboard, mouse and monitor to transform it into a desktop-like environment. The Galaxy S8’s interface scales up gracefully to fill the large monitor, and Samsung’s own apps have been designed to be resized and operated with a keyboard and mouse.

Samsung has also struck deals with Adobe and Microsoft to bring their most popular apps to the big screen — the only question is how it works with other non-optimized apps, and who will invest in these docks and this setup to use DeX on a regular basis.

Recently, Samsung announced DeX would be improving in a huge way: full-blown Linux. The upcoming “Linux on Galaxy” app will let developers use whatever build of Linux they’d like within DeX. It’s still a long way to go before replacing a full computer, but it’s a big step in the right direction.

Samsung DeX review: This isn’t a replacement for your laptop

Plenty of people will just pick up the Galaxy S8 or S8+ because Samsung is the brand they know, but many of us will comparing it head to head with other leading devices. To help you make up your mind on which phone is right for you, we’ve compared the Galaxy S8 and Galaxy S8+ to the likes of the Pixel and Pixel XL, LG G6 and of course the iPhone 7 and 7 Plus. Now that the Galaxy S9 has been announced, we also have a comparison with that.

Which one should you buy?

So now that you have all the information, which one should you buy? You have a big phone and a bigger phone; one with a big battery and a bigger battery. There are so few differences between the Galaxy S flagships this year that it comes down to size and battery preference alone, and that may make your decision even harder.

Where to buy the Galaxy S8 or Galaxy S8+

In the U.S., you’ll have your choice of the Galaxy S8 or Galaxy S8+, both in 64GB storage configuration, in one of three colors: black, silver, or orchid grey. You can also pick up a proper U.S. unlocked model from Samsung or Best Buy if you don’t want to bother with a carrier. Prices are in the range of $720-750 for the Galaxy S8, and $820-$850 for the Galaxy S8+, though you can find them for less on Amazon and other retailers. Finally, there’s a gorgeous burgundy red mode, but it’s only available in South Korea for now.

The Galaxy S9 is now official, meaning the S8 is likely to be discounted in the months ahead. If you have your eyes on the S8 or S8+, wait a bit and let the price drop.

Bixby is slowly getting better 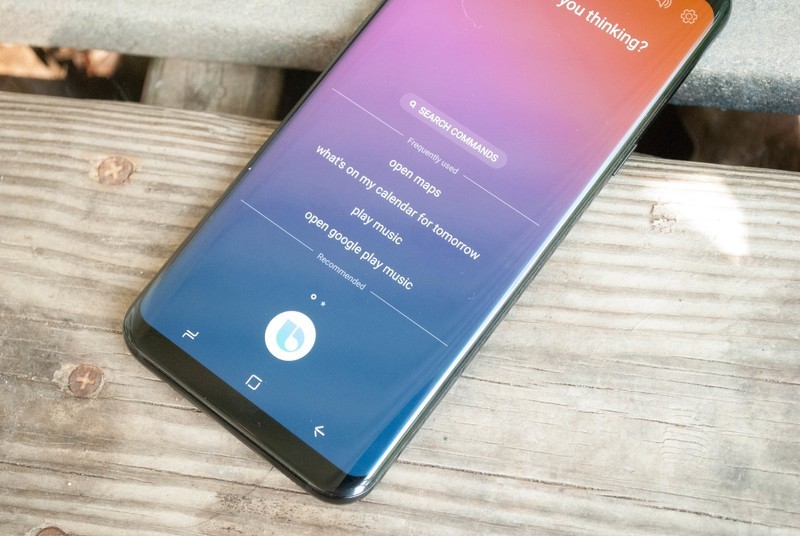 Bixby was a bit of a mixed bag when it debuted on the Galaxy S8, but it’s grown up since then. Rather than compete with Google Assistant with cloud knowledge, Bixby is geared more towards local interactions on the phone itself. This ranges from mundane tasks like toggling Wi-Fi and Bluetooth on and off to setting up elaborate chain reactions rivaling Tasker. For those that don’t like Bixby, fear not: the Bixby button can now be completely disabled.

More: Samsung Bixby: Everything you need to know!

The Galaxy S8 is a great device, but every smartphone has its share of problems. This is especially true if you’ve had your S8 since day one. If your phone is starting to feel a bit long in the tooth, try some of our troubleshooting tips! 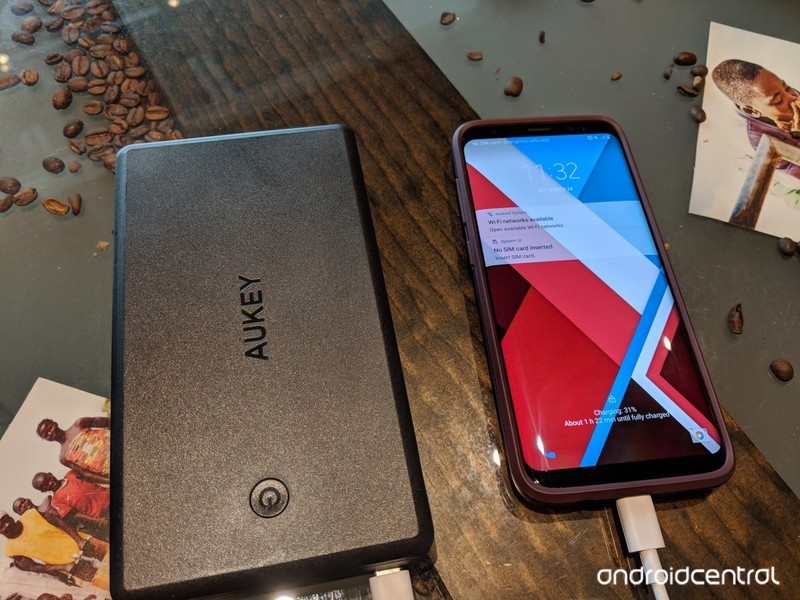 There are still plenty of worthwhile accessories if you just picked up a Galaxy S8. Make sure you get a screen protector to keep your display safe, and a battery pack to use it even longer.

The Galaxy S9 is here 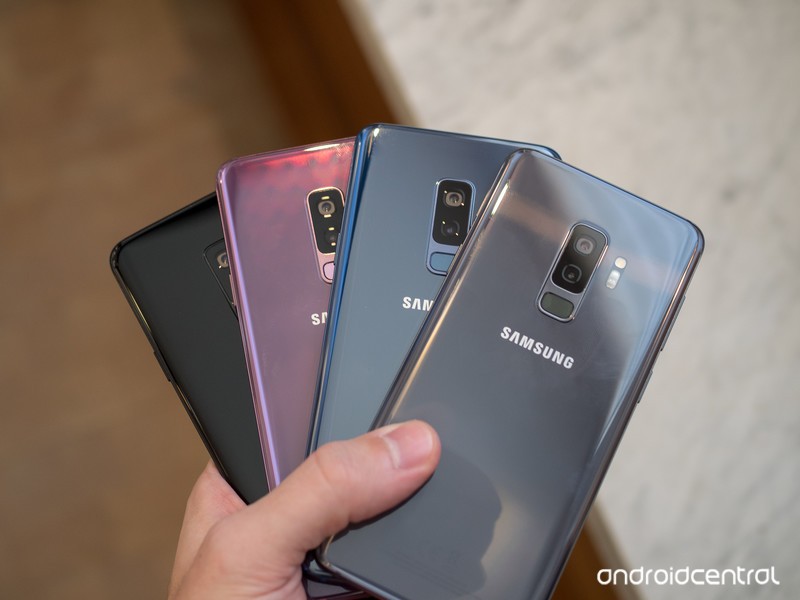 The Galaxy S9 has been out for a bit, but that doesn’t mean the S8 isn’t worth a look. The S9 and S9+ are an iterative upgrade over the S8 and S8+, with a very similar design, new internals, more natural fingerprint sensor placement and slightly better cameras. The S8 has been heavily discounted since the S9 launched, so those new features may not be worth the extra cost.

More: Samsung Galaxy S9 & S9+: Everything you need to know!

Read more from News
← HDHomerun Quatro is down to one of the lowest prices we’ve seen!
Acer Spin 5 review →