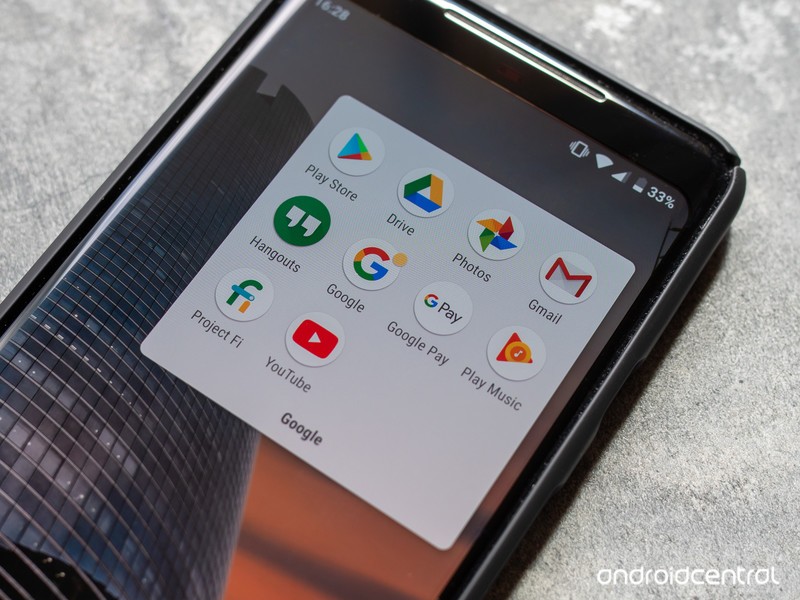 It took me a few moments to realize what was happening. Landing in Shanghai after a 12-hour Air Canada flight, you could forgive me for being a little groggy when I walked into the terminal, hopped on the free Wi-Fi and said “hmm, my connection isn’t working.” Even though I could load androidcentral.com, nothing else on my phone worked. Gmail wouldn’t sync. Hangouts messages to family members saying I had landed were stuck sending. Google Now wouldn’t refresh to show my current location and weather. The Play Store wouldn’t let me update apps.

It’s telling that the first half-dozen apps I tried to use after landing were all from Google.

The connection speed was fine — it just so happened that the first half-dozen apps I wanted to check immediately upon entering the terminal were Google apps, and they don’t work at all in China. After pulling my brain back together from the long flight, I was obviously aware of the situation. Google services, of course, aren’t available in China — alongside countless other popular services including Facebook, Twitter, Dropbox and WhatsApp.

There are plenty of ways to get around the so-called “Great Firewall” and start using the Google services, but that isn’t what this was about. It was more the immediate surprise of realizing just how reliant I am on Google services — and it took mere minutes of being on a Chinese internet connection to realize it.

The issue is particularly pronounced when you visit the country using a Google Pixel phone. My only browser is Google Chrome, only mail app is Gmail, only photo app is Photos … Google Now is built into the home screen, and Google Assistant is waiting behind the home button. Except, none of it works. Even using voice dictation in Gboard, as I so casually do for dictating several sentences at a time into messaging apps, simply times out and fails because it relies on Google’s cloud.

When you use a Google-branded phone, it’s easy to forget how reliant you are on its services.

When you have a Google-branded phone and make ample use of a dozen different Google apps and services every single day, you sort of forget just how simple and seamless it all is — that is until none of it works, and you’re left scrambling to figure out what alternatives you’d have to use. And because I’ve lived in the Google ecosystem for so long, now embedded so deeply, I don’t actually have an idea of what the best alternatives are. If you look at it a level deeper, installing a new app doesn’t even fix this problem of an over-reliance on Google — installing another email app still won’t give me access to my Gmail account; another calendar app won’t sync my Google Calendar; there’s no third-party app to handle my Google Docs files.

Ironically it’s Google’s own mobile carrier, Project Fi, that provided me with the only way to reliably access all of my Google apps and services with its roaming LTE data (a common strategy for travelers).

This isn’t going to make you switch from Google — but you should keep your eyes open to alternatives.

But even on roaming data, where the Google services are ostensibly not blocked, they’re more of a hassle to use. Services that are designed to lean heavily on Wi-Fi, like Google Photos, YouTube, Google Play Music and Google Drive, become far more burdensome to manage when you’re using them purely over mobile data. What typically feels like a smooth and consistent experience, having data backed up or cached in the background when you’re on Wi-Fi, all becomes far less magical when it’s purely done over LTE. Things don’t just “happen” without your input anymore — sync intervals increase, data isn’t backed up or synced automatically, and apps that require live data streams slow down.

Is being this reliant on Google in itself a bad thing? Unless you plan on visiting China on a regular basis, probably not. Google makes fantastic apps that work extremely well and, for the most part, are completely free. And I’ll keep using them because of that. Returning from my trip today I’m not particularly likely to kick Google Photos, YouTube or Gmail to the curb just because I had a hassle using them in China for the better part of a week.

But what this experience does make me consider is checking out the alternative apps and services the next time one comes around, or Google makes a shift of strategy on one of its core apps. Using a bunch of Google apps on a daily basis is fine, but keeping your eyes closed to the alternatives other parts of the world have to offer isn’t a good idea — it just took a few days in China to remind me of that fact.

Read more from News
← Samsung’s T5 500GB portable SSD is down to an all new low price of $130
Moto Z3 Play vs. Honor View 10: Which midrange phone should be in your pocket? →