US soccer stars to play with GPS performance trackers

FIFA has been vocal about its ideas for the future of wearable tech in soccer, and now its vision is coming to life. Statsports is set to become the official on-field performance monitoring device of US soccer, and in the biggest partnership of its kind, will distribute 6,500 Apex GPS devices to players across the men’s, women’s, youth, Paralympic and Beach National Teams, Development Academy clubs and NWSL. 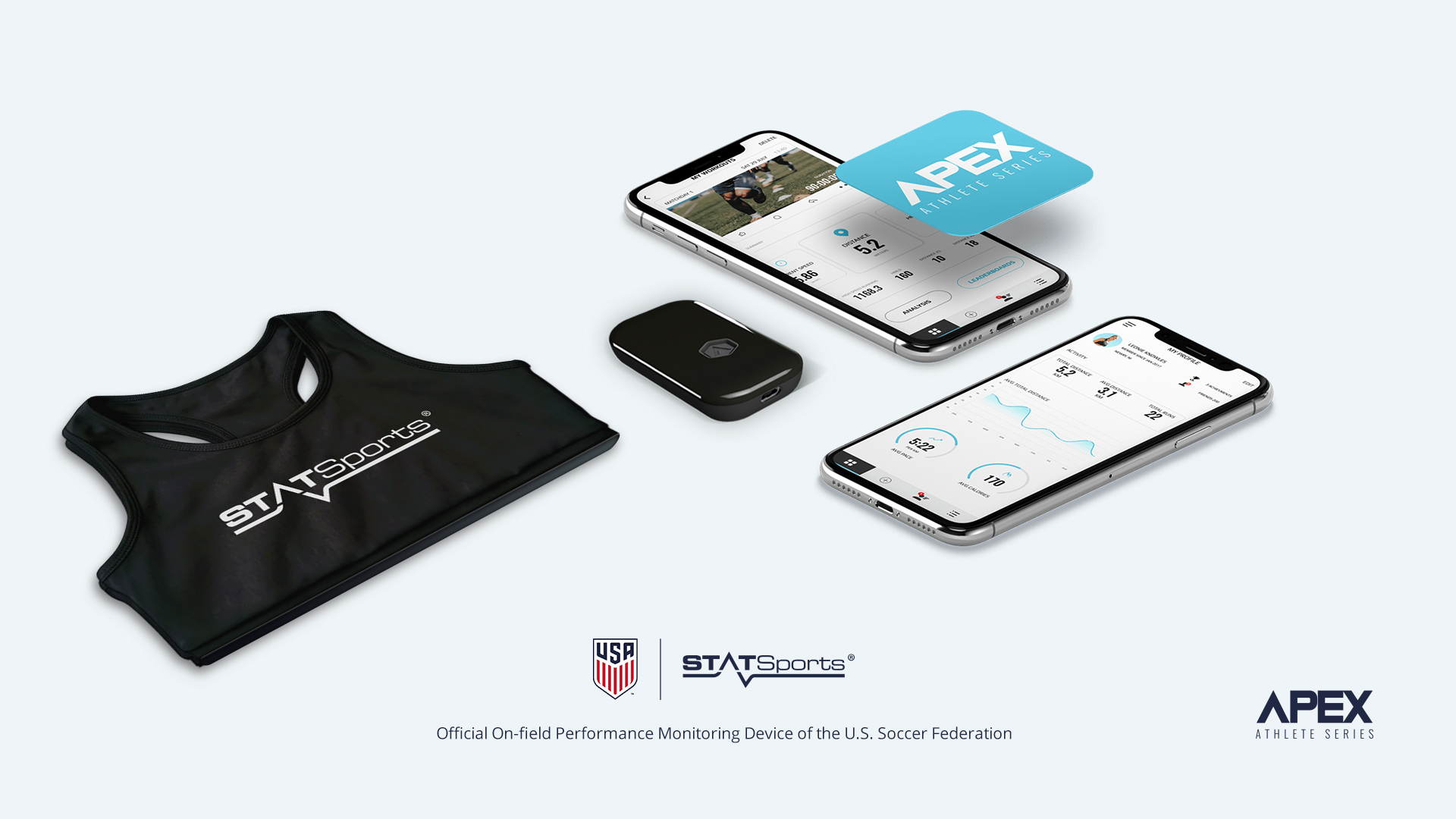 The Apex unit is worn by a players under a vest, at the base of the neck and alongside a heart monitor across the chest. It measures the usual physical metrics, such as distance, speed, load and heart rate, but instead of storing the data somewhere for future examination, it feeds the information live to smart watches, tablets and smartphones. This means decisions can be made on the field and in real time about training, game strategy and player performance. The devices will also help to develop a huge bank of performance data based on age groups, genders and skill levels.

GPS performance trackers are already being used elsewhere around the world, including soccer federations in Belgium, Brazil, England, Germany and Portugal, the English Premier League, NFL, NBA and Rugby Union. But it remains a relatively new technology, and it’s certainly a big deal for US soccer. There are over four million registered soccer players in the US, so there’s huge potential for expanding Statsports’ program, which could be the catalyst for bringing US soccer into the modern age.